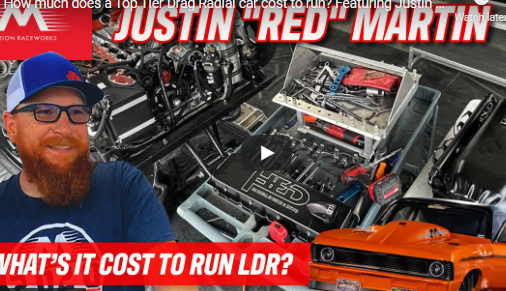 Racing isn’t cheap. Sure, the average guy can totally build a car at home and go racing and have a lot of fun without breaking the bank. But the cost of racing is proportional to how quick and fast you want to go, how many races you want to attend, and the level of competition in your class. That means that if you want to race in a series, with other guys that are serious about setting records and winning races, then you need to also be serious about setting records and winning races or you aren’t going to end up on top. That costs money. It just does, and there is no way around it. I happen to know a lot of folks who’s passion for racing has them spending most of their disposable income on their racing. That means equipment, parts, the car, and the travel are what they spend their money on instead of things like vacations to Hawaii, or golf, or whatever. And instead of little league, their kids are at the races, sometimes racing themselves, because it is a family affair.

But how much money does this cost? And what are the things you have to spend money on to compete in a top notch car in a hot class? Sure there is the cost of the car, but what about repairs, maintenance, consumables, etc?

In this video our friend Justin Martin is telling Doug and the gang at Motion what it takes to fix stuff, race stuff, and really do this. It isn’t all romantic, but it is kinda epic.

Ever Wonder How A Lenco Transmission Goes Together? This Video Of One Being Rebuilt Is Cool Finnegan Built A Paint Booth In His Driveway And Painted His C10! I'M SO JEALOUS!!!