Scott Palmer Brings Everything Nitro Powered He’s Got To Ozark Raceway Park And SENDS IT! 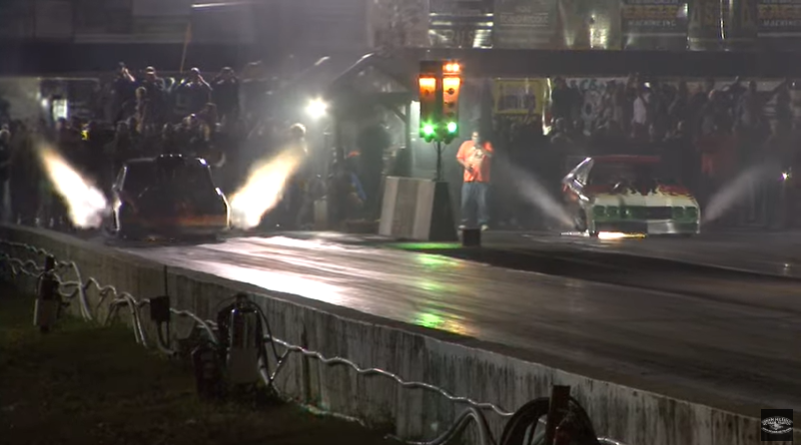 Scott, or Scotty, Palmer is an awesome dude. He’s a friend, an amazing human, a killer competitor, and a guy that doesn’t do anything unless it is at least a little fun. In fact, fun is the first criteria in many of the things he’s involved in, and everyone that knows him loves that about him. When we ran into Scotty in St. Louis a month or so ago he said he was going to be heading to Ozark Raceway Park, his home track, to put on a show with everything he’s got that will burn Nitro. I laughed and said “Everything?!” and he said yes. The Studezilla nitro burning Pro Mod, the nitro burning Chevelle Pro Mod, the Top Fuel Dragster, and more. It was an epic list, an epic night, and we’re sure everyone had a good time based on the huge header flames and the smile on Scotty’s face. If you haven’t seen him show up for an event, then you need to watch this video to see just how he brings it.

No matter what kind of racing turns your crank, there is something about Nitro that just makes people shake with excitement. It moves you in ways that no other horsepower combo can, and this is proof.

Actually Fixing It Up: The Gold Cutlass Gets Some Proper Wrench Time In! Unknown Parts Counter Guy: Top 11 Names For That Killer Tune

One thought on “Scott Palmer Brings Everything Nitro Powered He’s Got To Ozark Raceway Park And SENDS IT!”