Top Fuel Licensing 101: Cameron Ferre Takes Us On The Adventure! 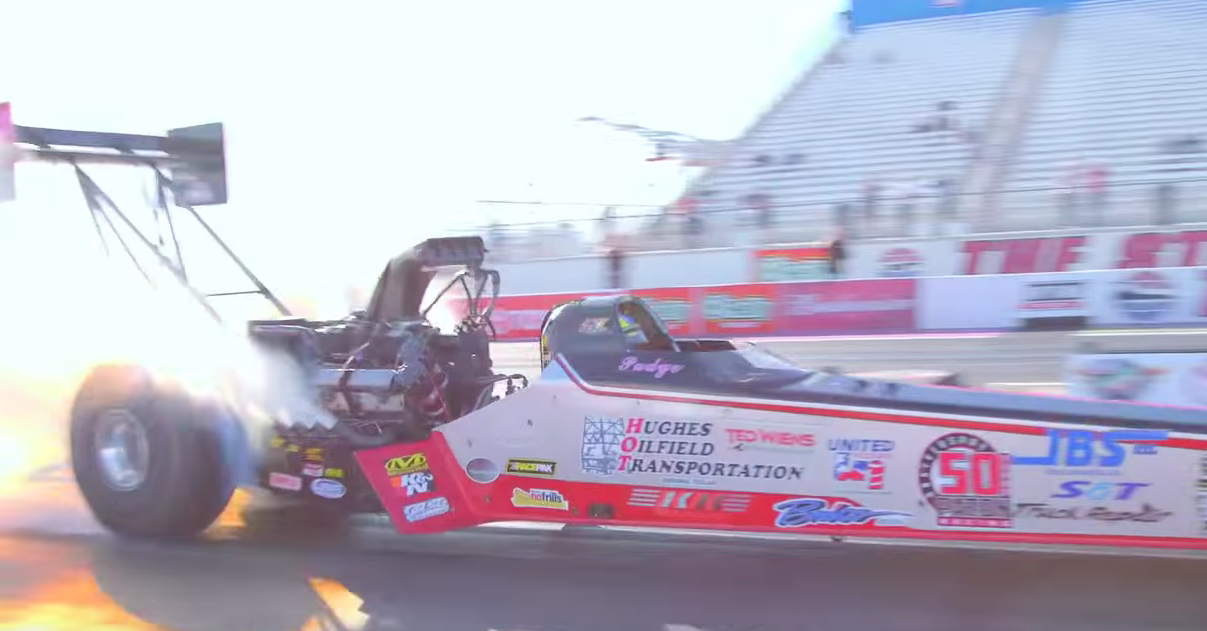 Cameron Ferre is an accomplished race car driver. He’s driven Jr. Dragsters, Super Comp Dragsters, Top Dragsters, Nostalgia Funny Cars, A-Fuel Dragsters, and now his dream is Top Fuel. Notice the dragster theme here? Cameron has the bug, and he’s got it bad. What’s surprising to a lot of people is Cameron’s drive, his passion, his tenacity, towards everything to do with his racing career. After all, he’s just a young punk kid, right? Well, not as much as you think. First off, he just looks 12 years old. In fact, he’s 30. I know right, makes you want to kick him in the sack doesn’t it. Youth, looks, and passion will only get you so far though, and Cameron has known that since seeing his first Jr. Dragster. Dad didn’t pay for it. Cameron did. And not with Dad’s money!

No, Cameron is one of those people that we love because he had a singular focus and nothing was going to slow him down from realizing that dream. He worked, in fact started acting to make money as a kid, so that he could afford racing. Talk about smart! At 10 years old you can’t walk into a business and get a job. And mowing lawns wasn’t making him enough money. But kids can be actors! And get paid for real money! Yeah, he’s a smart kid.

He’s also super talented behind the wheel. With 5 Wallys, he is definitely a good shoe and not just a pretty face. This winter Cameron went for his ultimate dream. A Top Fuel license. This video explains the adventure, and all the people that worked to help him. It’s awesome.

Watch The TCI Equipped 1968 Camaro Of Chad Ryker Tear Up The Autocross This 1956 Chevy Station Wagon Would Be The Perfect March Meet Cruiser Or Cackle Push Car!

4 thoughts on “Top Fuel Licensing 101: Cameron Ferre Takes Us On The Adventure!”