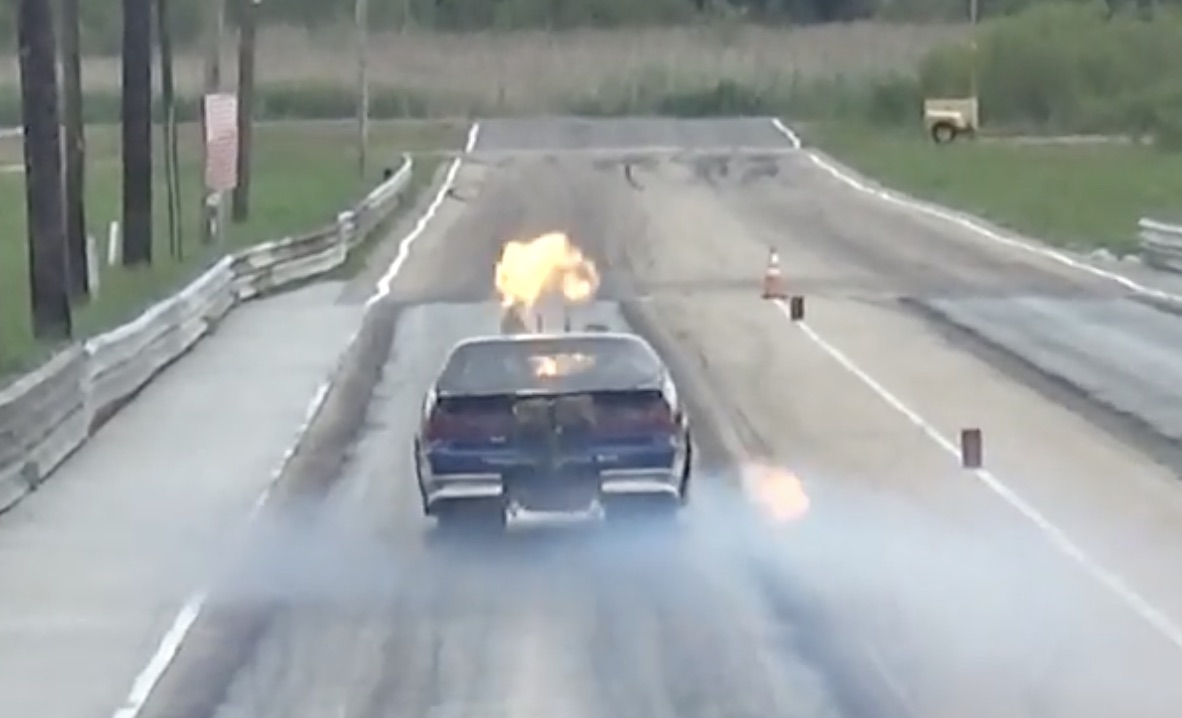 You hate to see it, don’t you? Nice car, sounds beefy, ready to take a rip down the strip, and just when the gettin’ is gettin’ good, there’s one loud report and shrapnel is everywhere. It’s the noise that translates to “expensive” in a hurry, especially when parts and pieces are raining down after the car has come to a stop. For racer James Wisdom, that day recently came to be while making an 1/8th mile pass down Bonne Terre Drag Strip in Missouri. His Thunderbird Super Coupe was ready for a fight, but after breaking loose shortly after launch, the right bank exhaust started tattling on the engine, showing just how unhappy it was. Within a few feet the left bank joined the protest, and before there was a chance to react, a backfire sent everything sitting on top of the carburetor far and wide.

We hope that the damage was limited to making a new hoodscoop and the time spent checking out the engine, but anytime that “pop” is heard, you know something wasn’t going to make it through to the next race. Check out the footage that Dave’s Racing Channel sent to us: