Bitchin’ Video: Ride On The Scoop Of A 1971-Era Top Fuel Dragster From Push Start Through The Finish Line! 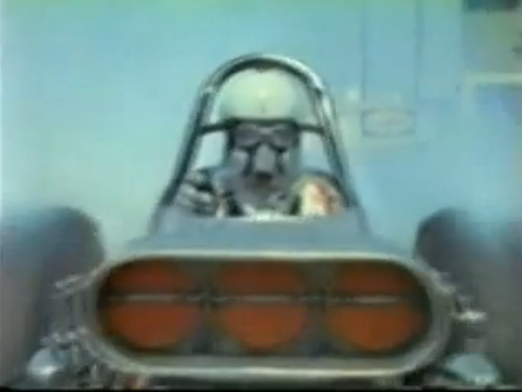 Some videos will be cool until the end of time. I happened upon this magical four minutes of 1971 top fuel footage completely by accident and boy am I happy that I did. This clip is from the seldom heard of and the less seen 1971 low buck movie called Drag Racer. This film was the story of a kid trying to work his way into a top fuel car, apparently. The movie was filmed in various places across the country and lots of good racing footage was used in its production. This clip was shot at the old Irwindale Raceway. The track you see in this video is now either under or on the property of a large by huge beer brewery.

What’s so good about this video? First off we get to ride in a unique position on the runs. Most of the film was taken from the perspective of someone essentially standing on the chassis rails and looking back at the driver. This is exceptionally cool during the fire up, burnout, and down course action. This is pretty “pure” footage. It is not screwed up with bad dialog, dumb effects, or some other low rent camera trickery to make a dragster being towed behind a car look like single digit run. Nope, this is tire smoke, rumbling nitro, and all of it wrapped in a slingshot dragster. That’s big time win!

We’re not going to ramble on any longer, either. We’ll just say that this is some killer stuff and it comes from an era when a movie about a kid working his way into a top fuel car was less a fantasy film and more a biographical exercise. Sadly put, those days are long over. Great video of a late slingshot dragster on one of the legendary SoCal tracks. What’s better than that?!

4 thoughts on “Bitchin’ Video: Ride On The Scoop Of A 1971-Era Top Fuel Dragster From Push Start Through The Finish Line!”