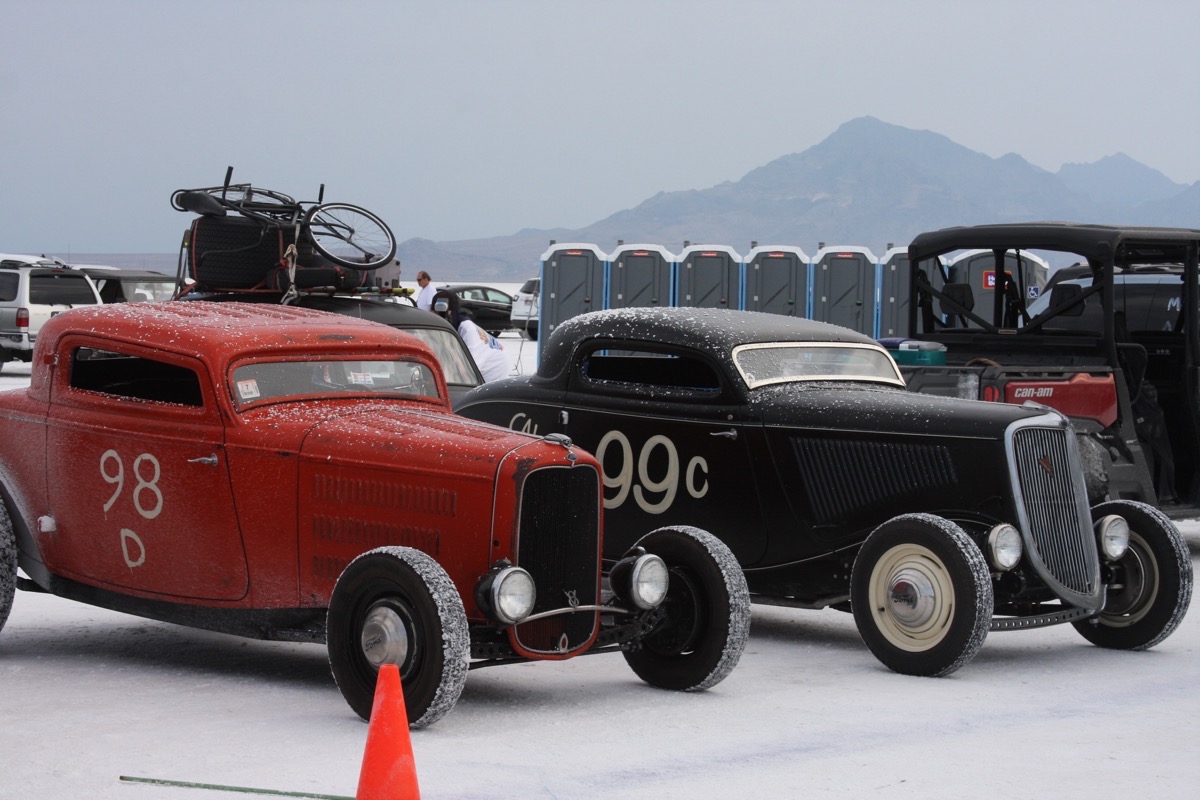 So here’s a photo-set that I shot on Tuesday and it is basically presented as a “day in the life” of the salt type of situation. There’s the killer Barracuda with its twin turbo hemi being warmed up in impound, there’s the look of the sun coming up over the salt as the record contender get into a queue to head to the starting line and then there’s the bright sun and white salt of daylight when the majority of racing action happens.

By later afternoon the pace of the event slows rapidly. Most of the spectators have headed for town or into the beer chest by that point and the racers who are left thrashing in the pits are working with an ever narrowing window as the whole place has to be cleared of human life by 8pm. Our job was to head to impound and figure out who had qualified for a record attempt the following day. This year was different in that respect because instead of the 15-20 cars a night we’d be talking about it was very limited with Tuesday night having about 4 cars in the impound area. It was interesting for sure. But like they say, “If it was easy everyone would be doing it!”

We love this place and we love these images because the take us right back into the recent past.

Woodward Dream Cruise Weekend 2017: The Sound Of Peace Sure Sounds Like Street Machines Caption This: Just A Relaxing Drive Through The Neighborhood!