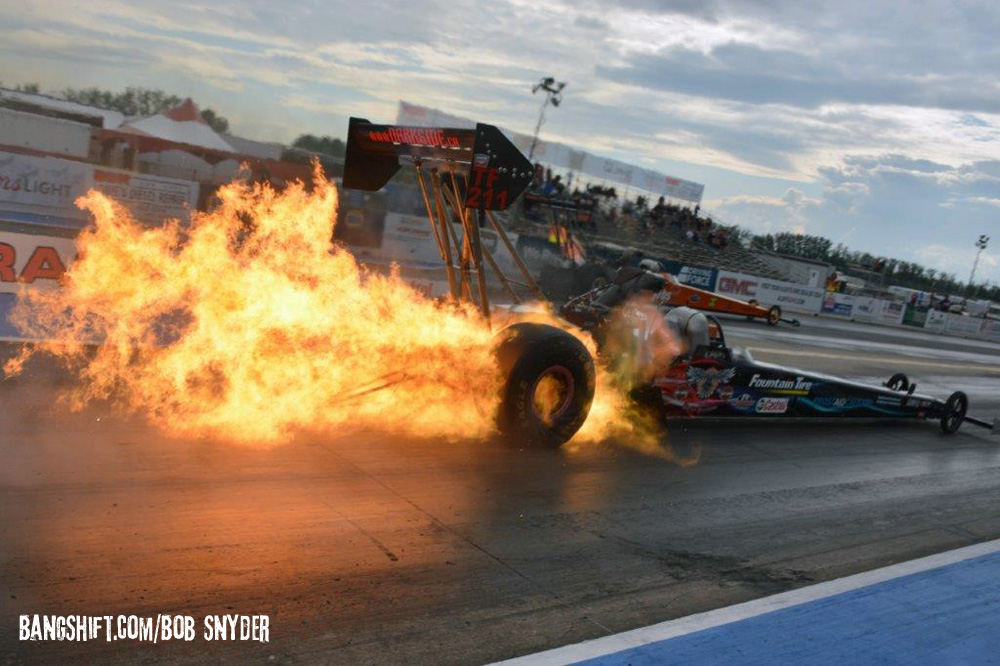 Shawn Bowen, driving his “Violator” nitro funny car captured the AMSOIL Nitro Funny Car title at the IHRA Mopar Rocky Mountain Nationals presented by Good Vibrations Motorsports at Edmonton’s Castrol Raceway. Because of a long rain delay, both the Pro Mod and Pro 6.95 category races will be completed later in the year at Castrol Raceway. 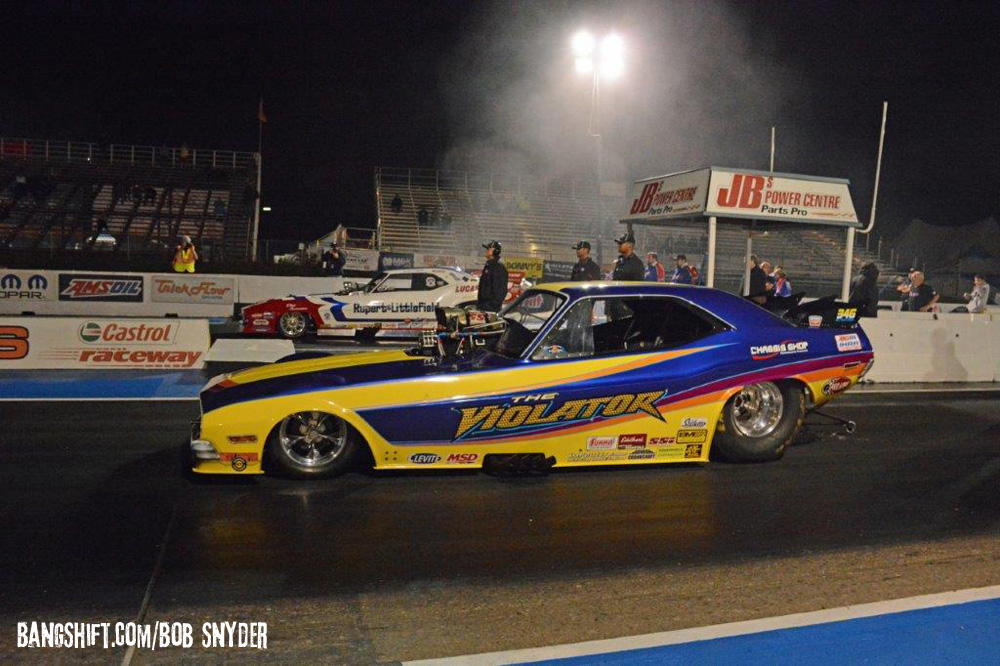 Bowen raced to his second win of the IHRA season; he defeated Tim Boychuk, Mike McIntire and No. 1 qualifier Jason Rupert on his way to the winner’s circle.  The top-five drivers in the AMSOIL Nitro Funny Car point standings, Rupert, McIntire, Mark Sanders, Bowen and Boychuk, entered the Mopar Rocky Mountain Nationals presented by Good Vibrations separated by just 60 points. After Boychuk went out in the first round, the top-four drivers did battle in the semifinals with Rupert and Bowen advancing to the final round.  Rupert retained the AMSOIL Nitro Funny Car points lead, but with his win, Bowen jumped from fourth to second in the standings with one race remaining.  McIntire is now third while Sanders is fourth. 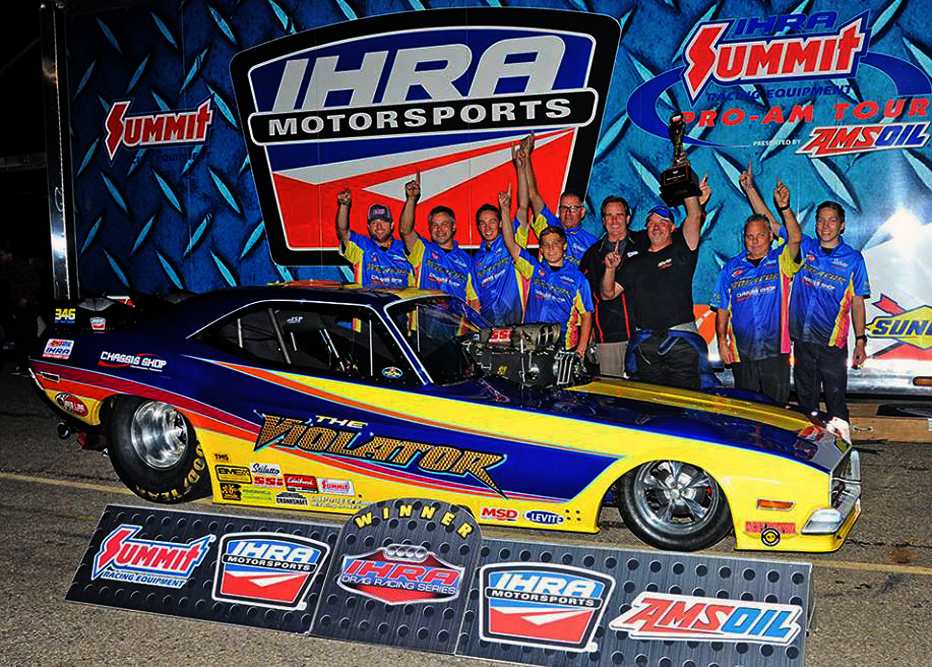 “We moved up to second in points, and it all comes down to Martin (Mich.),” Bowen said.  “It’s gonna be a battle between us, Rupert, McIntire and Sanders. It’s anybody’s game now.  Whoever doesn’t make a mistake is gonna win the deal. I live two and a half hours from Martin so I like racing there.”­ Jay Turner raced to his second-straight win taking the Mopar Rocky Mountain Nationals title in Parts Canada Nitro Motorcycle. He defeated Frank Capone, Nate Gagnon and Tracy Kile on the way to the winner’s circle.  Turner entered the race with a 70-point lead over Jake Stordeur in the Nitro Motorcycle point standings; Stordeur was eliminated in the first round.  With Turner’s No. 1 qualifier, his victory and just one race remaining in the season, the four-time IHRA Nitro Motorcycle Champion’s points lead could now be insurmountable. “We started out slow; I underestimated the track significantly based on previous times here,” Turner said.  “This weekend, the track was phenomenal; the grip was awesome. Hats off to the IHRA crew for giving us a great racing surface here in Edmonton.  I think (the win) probably wrapped it (IHRA Nitro Motorcycle World Championship) up as long as the truck doesn’t break down going to Michigan.” In the IHRA Top Fuel exhibition, a possible test for the 2017 season, Bruce Litton ran a 5.111-second lap at 238.98 mph to take top honors. Litton’s opponent in Top Fuel was David Fedorowich (above) from Calgary, Alberta, who didn’t fare well off the Edmonton starting line on this second round run. Due to the significant race day rain delays, the entire Pro Mod competition was moved to a previously scheduled Castrol Raceway event in September. Carlos Astor Stands His Malibu Wagon Up On The Bumper During RMRW 2016 Video: Destroyed Koenigsegg One:1 Being Loaded Onto Ramp Truck - $3.1 Million Scrap