Best of 2019: What Was McTaggart Thinking As This 1955 Chevy Attacked? 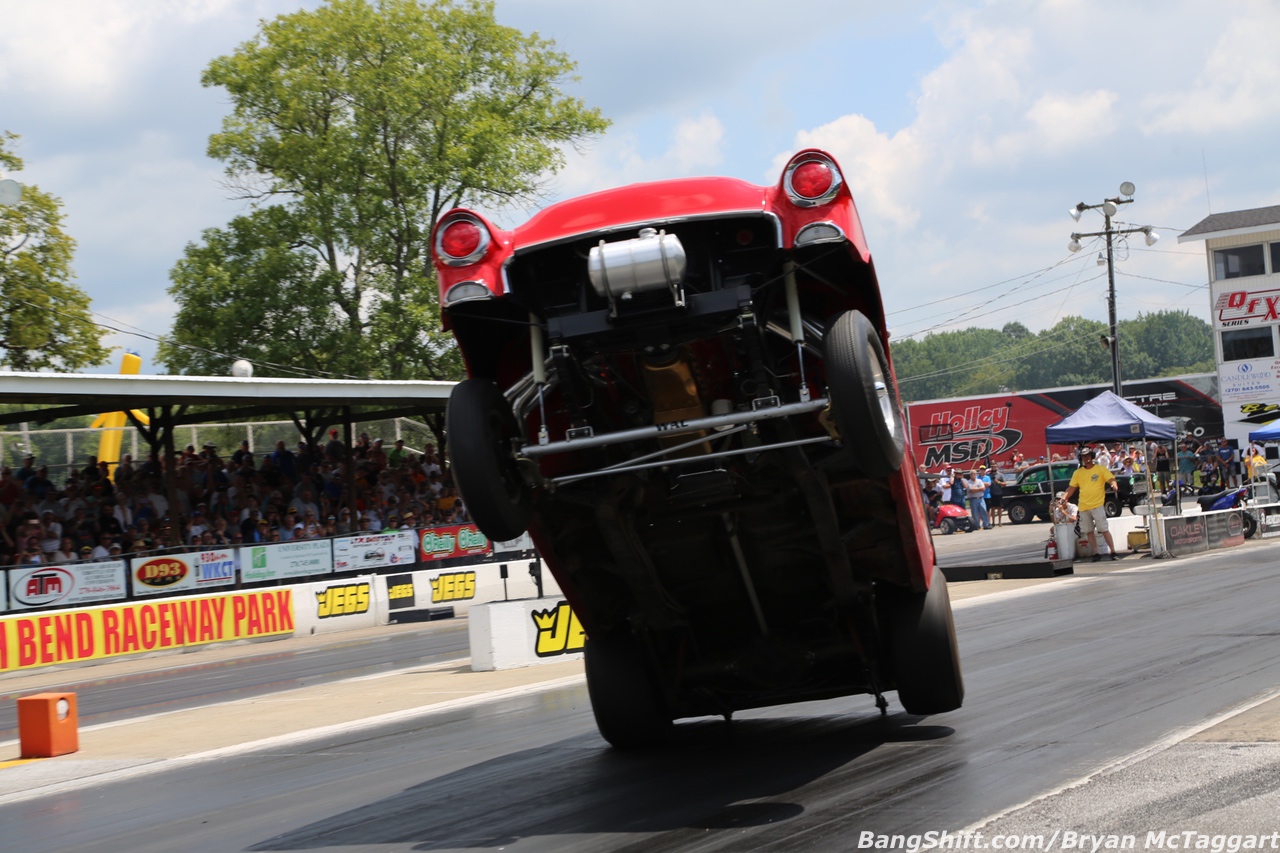 I’d been on the property at Beech Bend for maybe…maybe twenty minutes when I got trackside. After stopping by and saying hi to a few people I knew would be there, I realized that the cars that put on a show were lined up and were just waiting for the track staff to cleanup a mess at the top end. All I needed to know was that Mike Bilina’s 1956 Chevrolet was in the lanes and that I needed to get my hind end alongside the fence to get some shots of that show. Don’t worry, there will be plenty of coverage on his car coming down the pike, but in the meantime I’m offering up a chance for you, the reader, to put some words into my mouth.

Just prior to Bilina’s car was Boyd Howe’s “Red Baron” 1955 Chevrolet 210, squaring off against Jerry Lopez’s “River Rat”. Much like Bilina’s car, Howe’s Chevy is more often than not hanging the hoops high once the lights go down. This time around, though, instead of riding the back wheels, the Chevy tried to rock up onto it’s passenger rear wheel and in the process made a turn directly for myself and friend of BangShift Tommy Lee Byrd. The Chevy came down exactly where Byrd had been trying to shoot, bending up the front axle and rashing the fender just a bit.

Prior to this, the closest I’ve come to fear while shooting at a dragstrip was when a shoebox Ford had a nitrous pop in the manifold while I was trying to shoot a launch from the rear of the car in Joliet. Today, that’s been replaced with a 1955 Chevrolet that tried to hammer-smash the photographers! I know what was going through my head, but I want to hear what you come up with! 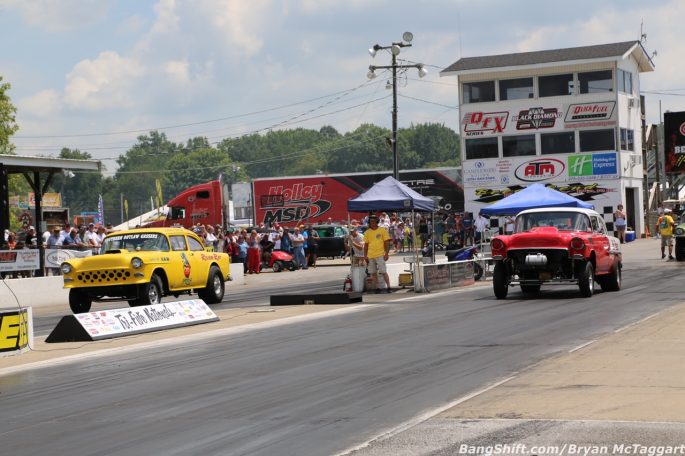 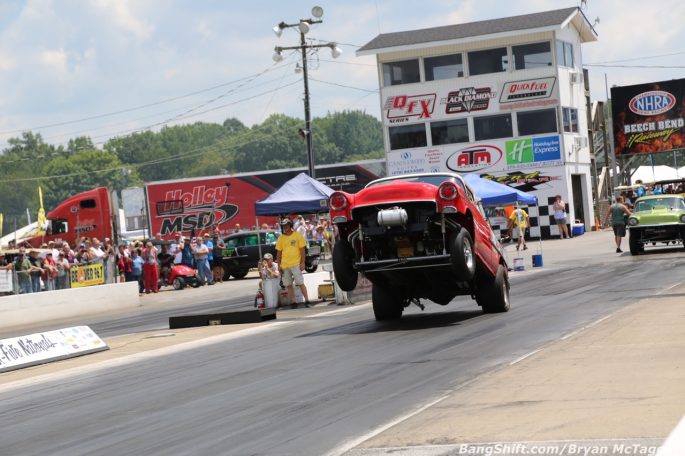 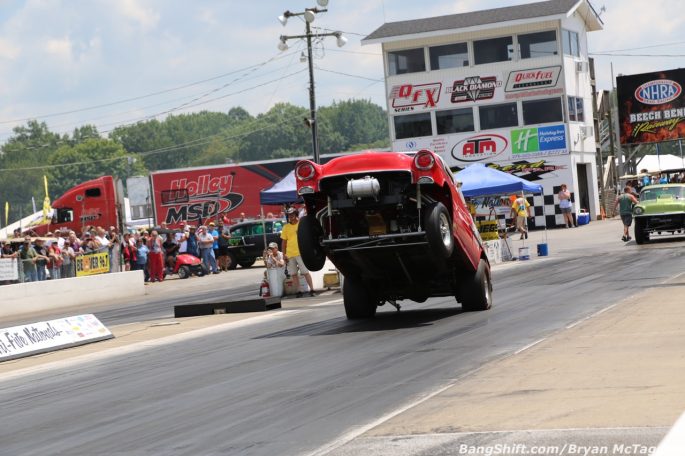 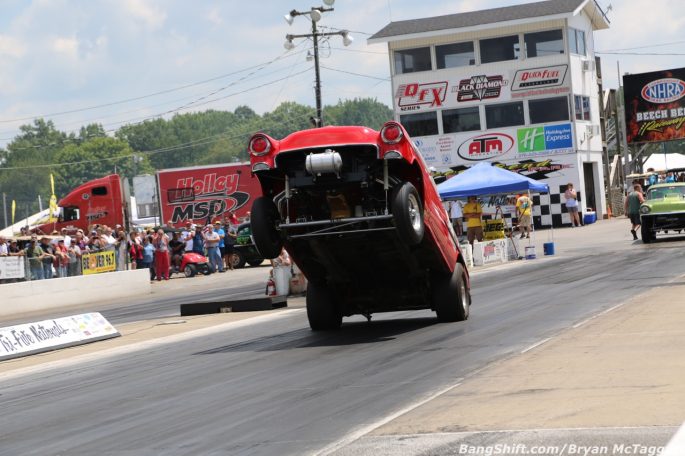 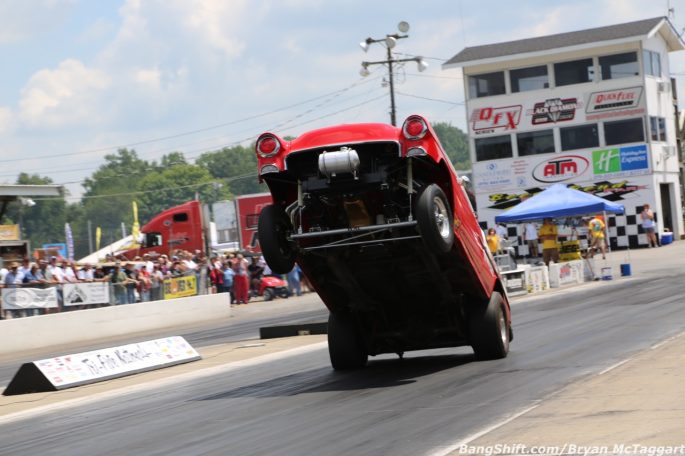 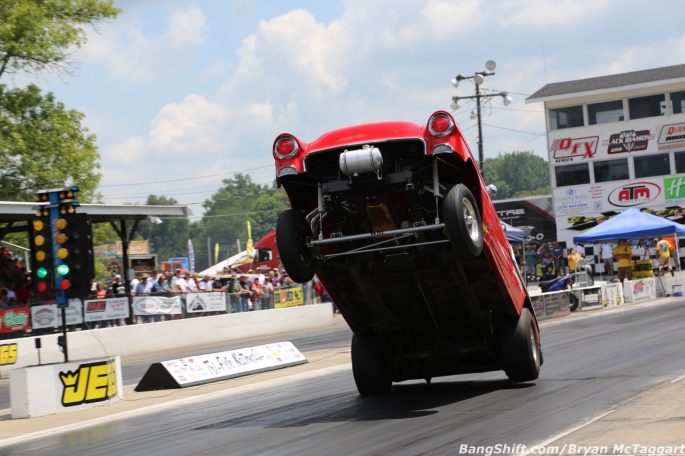 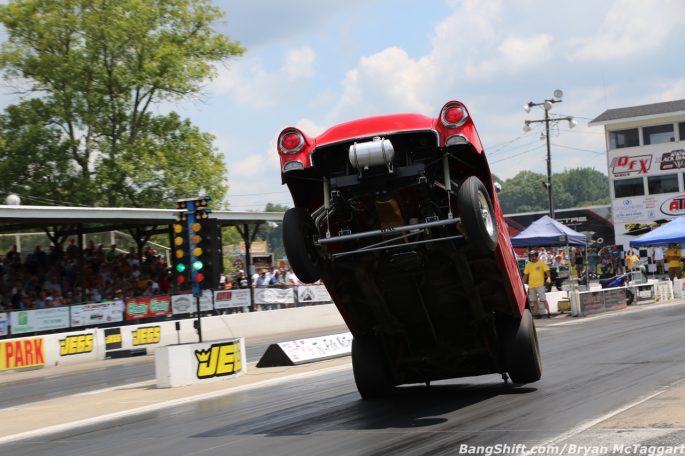 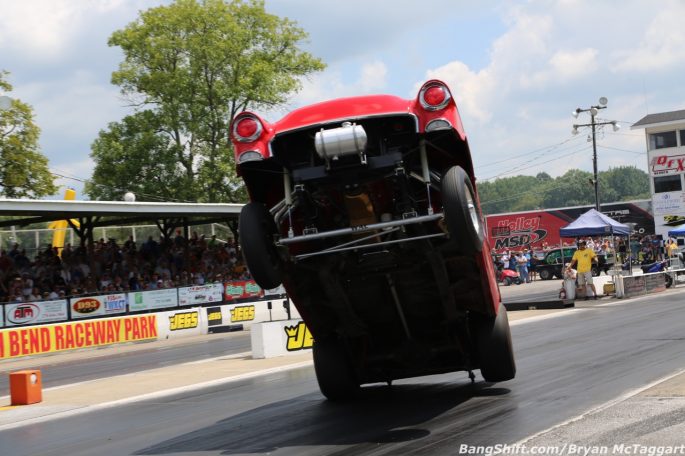 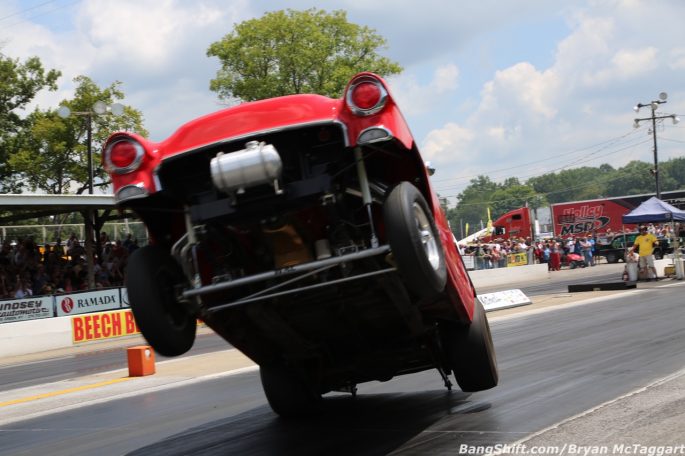