Carnage Photos To The Extreme: A 727 ClutchFlite Transmission That Explodes EVERYTHING!

Jun 11, 2014Chad ReynoldsBangShift 1320Comments Off on Carnage Photos To The Extreme: A 727 ClutchFlite Transmission That Explodes EVERYTHING! 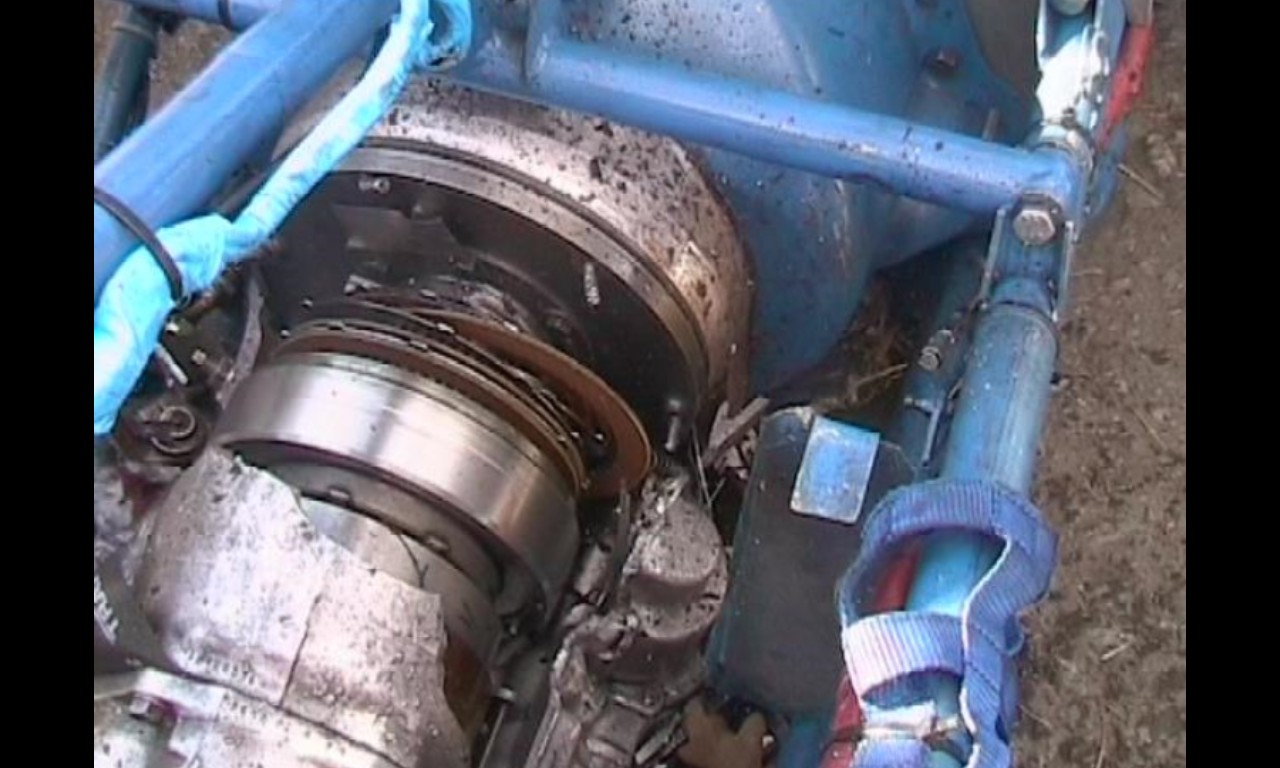 Darren and the gang from Chaos Brothers Racing in the UK sent us photos of the 727 ClutchFlite transmission in their Altered after it completely grenaded itself and took out most of the case, but somehow stayed “contained” mostly in the car. Almost as impressive as the carnage is the fact that the engine it was behind is an ex Gapp and Roush Pro Stock Ford Cleveland from back in the day. If that engine could talk! Spinning 10,000 rpm, the little Cleveland powered altered ran a best of 8.48 at 158 mph, but the trans wasn’t happy after this last 8,000 rpm launch at Santa Pod. 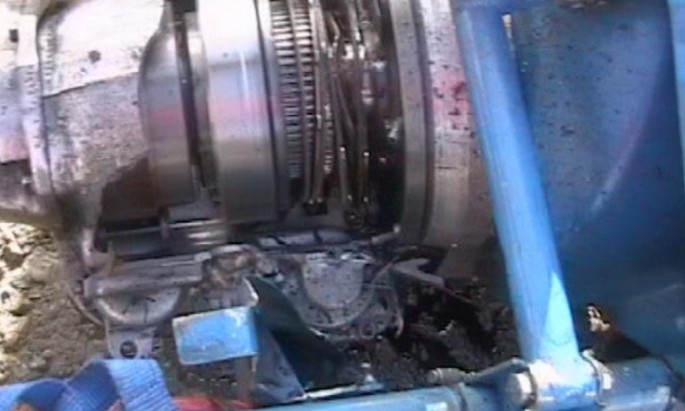 Thanks to good safety gear, like the trans blanket which saved the drivers legs from similar carnage, nothing but car was damaged on this one. The explosion took out parts of the body, bent the steering shaft, and even bent over the clutch pedal! Even though a bruised foot, and probably ego, were the only injuries suffered, the team switched over to a Liberty 5 speed. Darren’s dad is the driver, and he refused to run another automatic in the car. 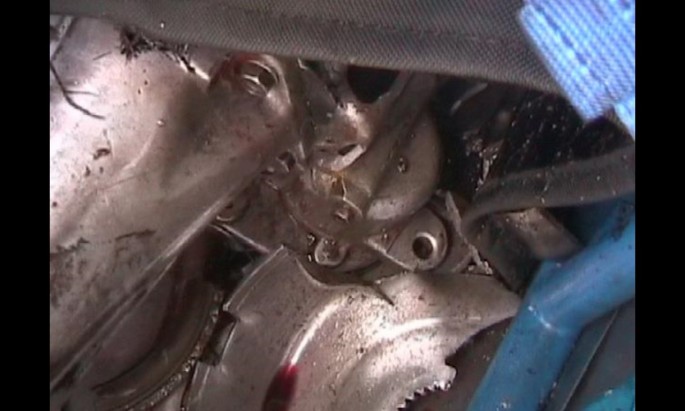 A couple races later, and the Cleveland’s rods decided they too no longer wanted to stay within their happy home, and destroyed everything associated with the engine. A couple seasons later the team was back at it with a Steve Schmidt 632 that made the car so quick it needed a new chassis in order to certify. The old and new chassis were built at home, in their own jig, and as you can see by the photo at the bottom of the page, their little altered is one bad beast. 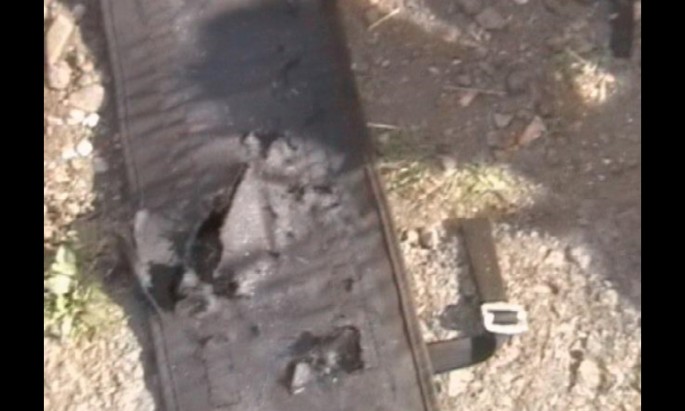 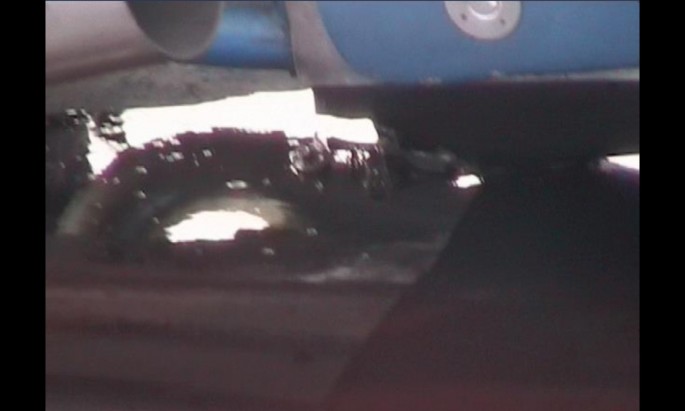 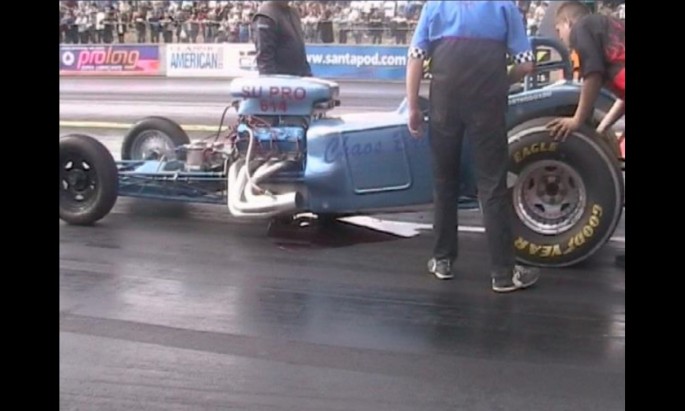 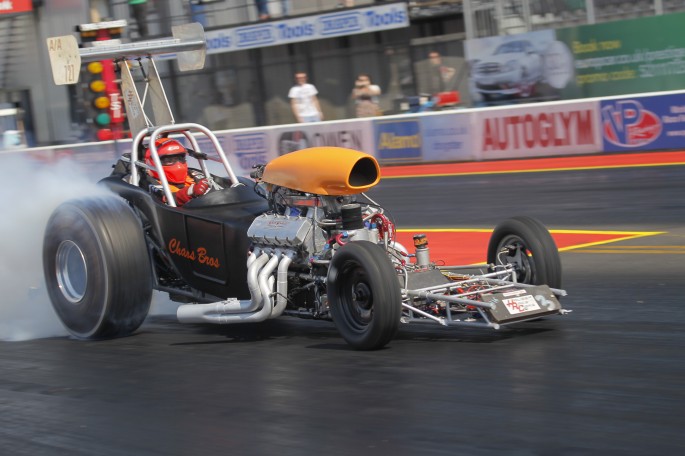 BangShift Question Of The Day: This Is My Most Questionable Automotive Decision Yet - What's Yours? NHRR's Strongest Field Of Nostalgia Fuelers Ever At Bowling Green This Weekend - Hirata Calls Rear Engine Dragsters "Sissy Cars"