Classic YouTube: A Ten-Second Cadillac Fleetwood That Gets Jumpy At The Launch! 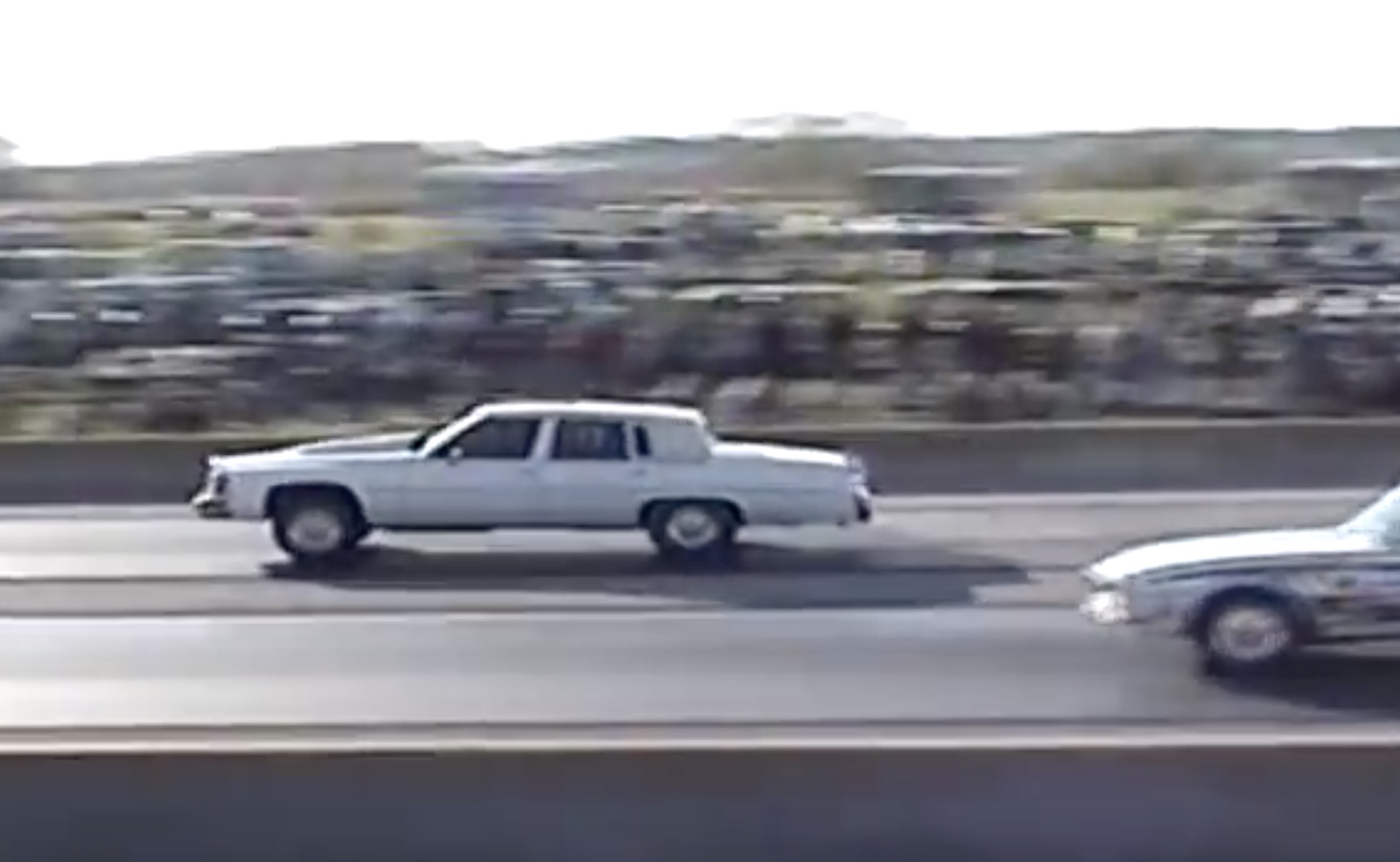 Would you be surprised that I’m on a big Cadillac kick again? I’ve been busy at BangShift Mid-West and part of the work has involved the dirt-cheap limo that has been lowering my property values since late last year. I might not have done everything I hoped to do with it this year, but it is time to prepare it for it’s racing debut at the beginning of December. You’ll see more on that battle tank in a bit, but for now I wanted to see more big-body Caddy racing. If you search YouTube, you’ll find one of two types of videos easily: either Cadillac’s more recent works with LeMans and the CTS-V program, or gamers who are fascinated with how monstrous they can make an ATS limousine in the Forza series of games. But dig hard enough, and you’ll find a gem, and that’s what I’ve got for you today.

What I don’t know about this video could fill volumes. I don’t know when it was shot to be honest, I’m not 100% sure what track this is, and I have exactly zero details on the car itself besides the fact that it’s a 1980s era Fleetwood that has been given one serious makeover. Visually, outside of the scoop, wheels and slight rake, it looks pretty well stock. But whatever the program is underhood, things are deadly serious. The big brougham looks to be close to full weight, yet the timeslip does not lie: [email protected] MPH on a run that might have wounded the mill, judging from the slight smokescreen coming from out of the back of the Cadillac.

Can anybody fill in the blanks on this hustler?

3 thoughts on “Classic YouTube: A Ten-Second Cadillac Fleetwood That Gets Jumpy At The Launch!”