This Color Video From Seattle International Raceway In The Early 1970s Is Spectacular – Funny Cars! 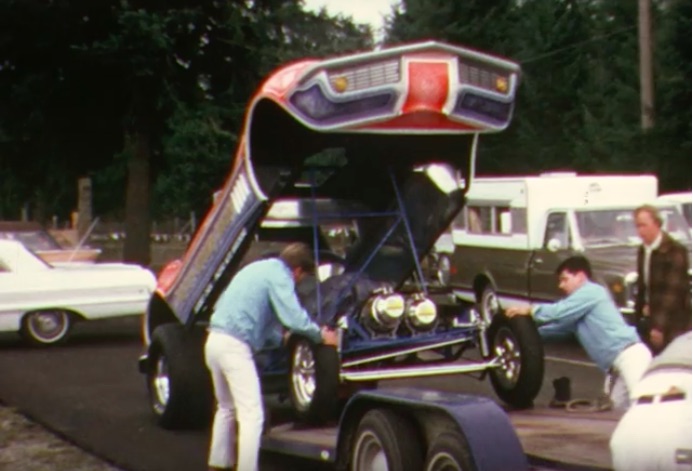 Seattle International Raceway has been an important part of the Northwestern Drag Racing scene for a long, loooong time. The NHRA has run their Northwest Nationals at the facility for decades and races like Ed McCulloch, Jerry Ruth, and Kenny Goodell were regulars down its strip as their built their careers in the Pacific Northwest of the USA. The video we have here dates to right about 1970 and features many of the coolest cars in the country at the time! The Hawaiian, Whipple and Mr. Ed, Diamond Jim Anin’s ‘Cuda, and the list goes on and on and on. The footage may not have sound but boy does it have amazing color and clarity.

You’ll see the crowd which seems to have really showed up for this race and you’ll also see a host of killer ramp trucks, open trailers, and other hauling methods. This event was a biggie as members of the Ford Drag Team were present with their hauler and Cobra Jet powered Ford drag iron.

Outside of the funny cars there are top fuelers by the bunch. We think we spotted the Green Elephant car among them. We dig the guys setting the valves on the fuel motor as the dude cranks the engine over using the breaker bar in the blower pulley, the same practice continues today nearly 50 years later.

This is not some whiny look at days gone by. Nope, this is a happy window into the past in true living color. How awesome!

2 thoughts on “This Color Video From Seattle International Raceway In The Early 1970s Is Spectacular – Funny Cars!”