Cool Drag Video: A Look Back At Detroit Dragway On The Last Weekend Of The 1989 Season 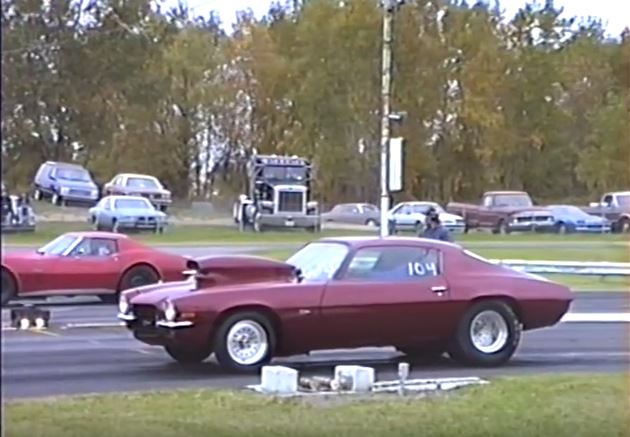 There are few dead drag strips with more mythology surrounding them than Detroit Dragway. Unlike places on the west coast that got famous for match racing and all that other stuff, Detroit Dragway was on the bleeding edge of the factory horsepower and drag racing wars of the 1950s, 1960s, and 1970s. The track operated until the later part of the 1990s but by then the magic was largely gone. We’d venture to say that no other track in drag racing history saw more clandestine factory action than Detroit Dragway did over the years.

From factory cars dressed as normal runners but actually powered with worked up engines to the very stockers. super stockers, and FX cars that would come to define their brands to a generation of drag racers, Detroit Dragway was the place that they were tested, sorted, and scienced out the most. While this video does not feature any of that stuff, we do get a look at the cars that were racing in the greater Detroit area during the end of the 1980s.

Of course, the situation in and around Detroit would not exactly be rosy through the 1990s and by 1989 the losses from automakers were starting to mount. We’re not going to go all Debbie Downer on you here but it bears mentioning that we’re likely looking at the tail end of the “good years” at Detroit Dragway.

Talk about an old school place, right? No walls to get in the way, the starter operating things from a nice stand in the center of the track, and the feel of a joint right out of the 60s. Jon Lundberg was a longtime announcer at this facility, and of course in 1959 and 1960 this track hosted the NHRA US Nationals.

On this weekend it was just a bunch of dedicated drag racers, speed freaks, and muscle car geeks getting their last licks in before a long winter and an uncertain future descended over Detroit. The place is still an incredible mecca for automotive talent and we’re hoping many of these racers remain a part of that scene.

Thanks to Barry Rabotnick of Survival Motorsports for posting this video!

Timing Tech: Here's How You Recurve An MSD Distributor. It's Easier Than You Think, And You Can Do It In Minutes With Just A Couple Tools Watch Mike Skinner Lay Down One Of The Quickest Runs In Goodwood History Driving His NASCAR Truck!

3 thoughts on “Cool Drag Video: A Look Back At Detroit Dragway On The Last Weekend Of The 1989 Season”