Dragstock XIII At GALOT Motorsports Park: Action Photos From The PDRA Blow Out! 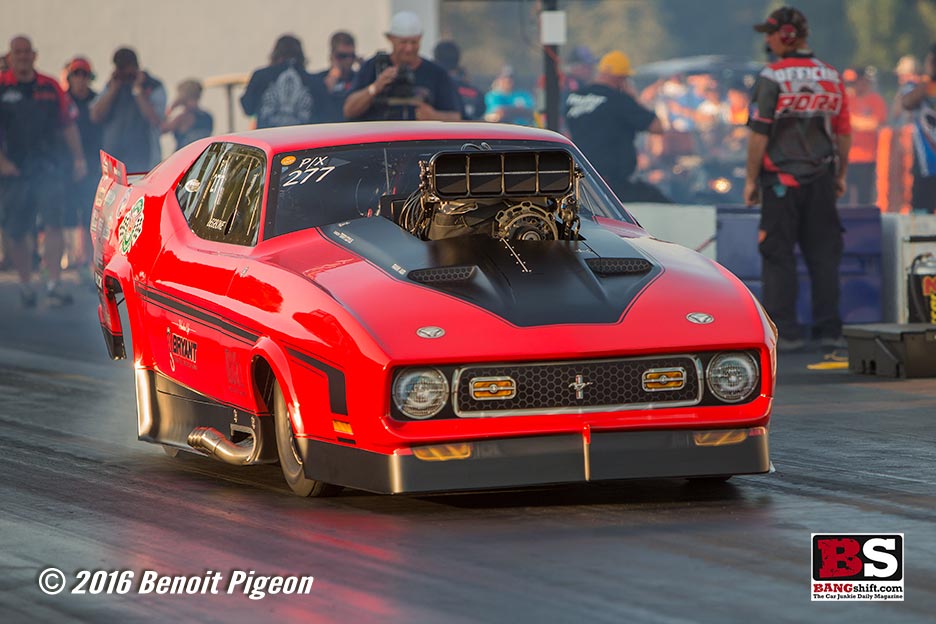 (Photos by Benoit Pigeon) – Dragstock XIII was the kind of event that people have been waiting to see at GALOT Motorsports Park for years. Remember, Dragstock got its start at Carolina Dragway with the ADRL years ago and while it has wandered sanctioning bodies a little but the ethos and entertainment value of the race is still the same. It is always about getting the baddest cars together to literally slug it out, in this case, before thousands of adoring fans at the recently opened GALOT Motorsports park. GALOT is widely considered to be the finest eighth mile drag strip in the world and because of that the racers and the fans showed up by the score.

Know who else was there? Our own Benoit Pigeon who blasted photos of his favorite cars in the world: Pro Modifieds. Benoit has been hooked on these monsters since the 1990s as a young guy in France who was reading about them in any and all the magazines he could get his hands on. His love/obsession grew through that time period and now the guy is one of the best known shooters of pro mod action on the east coast. We’re eternally grateful that he shares his work with us. We have tons of photos and results to share with you but for now, we’re just going to get you started with these great images.

Click the images below and then scroll through with the arrow keys to see ’em all!

Trucks! Here's A Look At The Most BangShifty Trucks We Found At The NSRA Nationals Own Your Own Tatra T815 6x6 Truck For Cheap