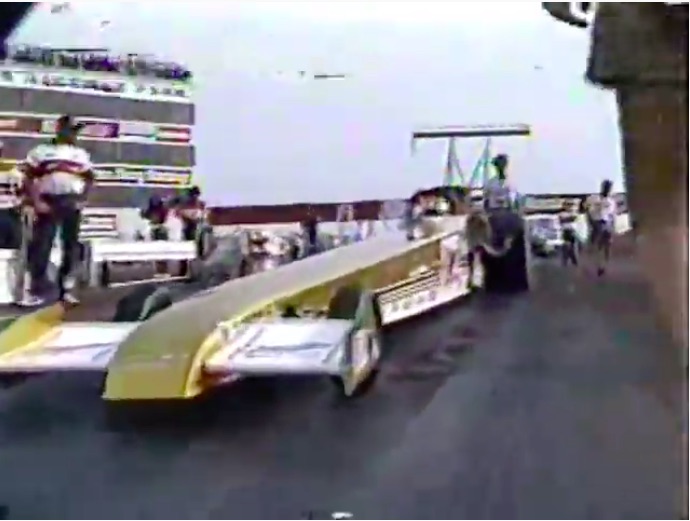 “It’s time for what they call the Dick and Joe Show,” declares Steve Evans as Dick LaHaie and Joe Amato prepare to stage their cars during the top fuel semi-final at the 1989 NHRA US Nationals. This is the third part of the four part coverage of the race we are sharing with you. Evans, Garlits, and Paul Page were on the call of this event. It was an event of huge speed and consequence. Darrell Gywnn and Dick LaHaie both entered the four second club becoming the sixth and seventh members of drag racing’s ultimate group of performers. On the funny car side, Don Prudhomme destroyed performance expectations with a 5.17-second run with current Clay Millican crew chief Mike Kloeber swinging the wrenches.

This is good stuff and a fun look back to the Nationals 30 years ago. Enjoy this semi-final coverage!