Gas-Tastic Video: This Promo Video For The Nostalgia AA/Gassers Group Is All Thunder, Smoke, And Action

Mar 02, 2014Brian Lohnes1320 Videos, BangShift 1320Comments Off on Gas-Tastic Video: This Promo Video For The Nostalgia AA/Gassers Group Is All Thunder, Smoke, And Action 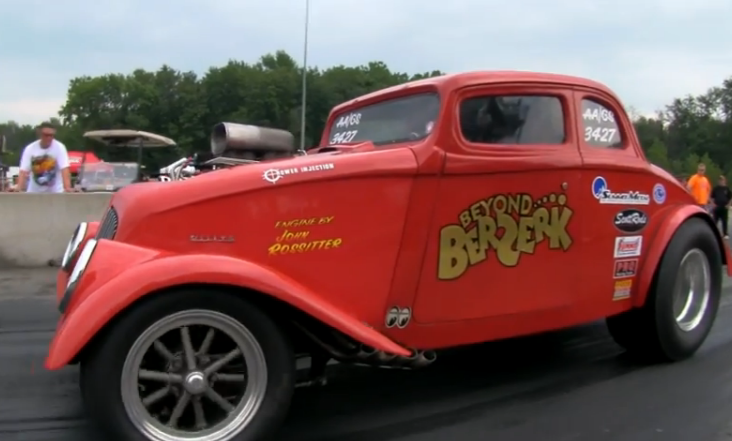 As we told you last week, there are a ton of cool things happening in the sport of drag racing, especially if you dig the old stuff. From the explosion in popularity of nostalgia drag racing in general to the huge number of nostalgia floppers that have been built and are currently running all over the country, to the scads of gasser groups that travel in packs to events far and wide, this is a great time to be a fan. We think that the gasser guys have their respective acts together as good or better than anyone currently. The groups are all pretty different in their rules, approach, and philosophy but they all put on a great show. This film, made by Les Mayhew’s Nitro America effort is a piece showcasing the Nostalgia AA/Gassers, of which Jim Oddy is a big part. These cars look (from our eye anyway) to be more modern than the true machines that were so popular in the 1960s, but they are WAY faster. You’ll see Oddy’s Junkyard Dog Willys run an eight mile pass in the four second zone and that is hauling ass!

The whole idea of what a “gasser” is, was, or should be has been so wildly diluted and morphed over the years we’ve got no qualms with people stretching it so long as the body styles are at least true to what they should be. Henry Js, Anglias, Willys, etc are all good in our book. When people start showing up with straight axle Buicks, we’re calling foul and these guys aren’t pulling any of that stuff. The AA/Gassers will be out and about this summer, which is great news for drag racing fans. They put on a great show in awesome looking cars. That’s pretty much the point, right?

BangShift Question Of The Day: What's The Most Dangerous Production Car Ever Built? Craigslist Find: A 1989 Camaro Is Being Parted Out One Questionable Decision At A Time