Get a Close Look at This 200 MPH Volkswagen-Powered Lakester 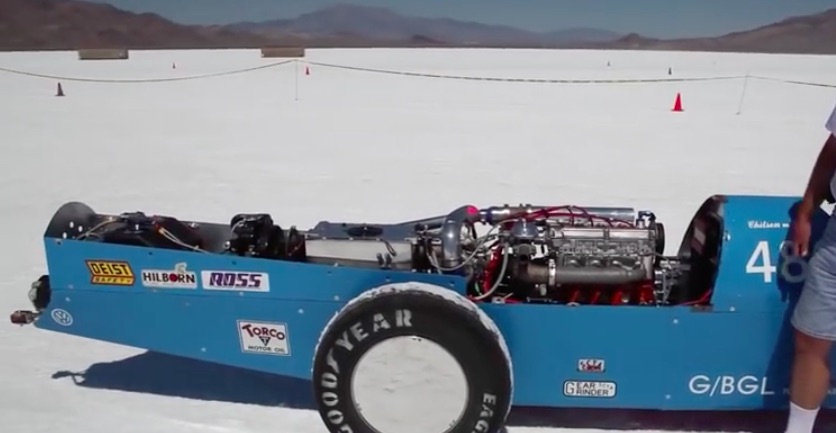 Most people don’t put “Volkswagen Jetta” and “200 mph” in the same pattern of thoughts, but Bonneville has a way of mashing together two unlikely things. We should say, of course, that Dan Chilson doesn’t have a 200 mph Jetta, though he did have a Lakester powered by a Jetta engine at Bonneville in 2011 and, as far as we know, he still has it. This walkaround of Chilson’s Lakester, produced by Torco Oils, is a great look at how neatly packaged everything must be on the narrow, slipstreaming land-speed record car.

The engine uses a 2.0-liter block and a 16-valve, dual-overhead-cam 1.8-liter Volkswagen head, which is all force-fed more than 20 pounds of boost from a turbocharger. At the time this video was shot, Chilson’s lakester was the fastest VW-powered car aside from the insane factory-backed 1980 effort that put Formula 1 driver Keke Rosberg in a streamliner trying to cover the most distance possible in an hour. In 2007, Chilson clocked 212.610 mph in the car.

Big Luxurious Bomber: This Twin-Turbocharged HSV Grange Is Beastly! Big Cam Cummins And Enough Attitude For Everybody: This Hot Rodded Peterbilt Is Bitchin'!