Weird Science: Watch These Guys Spool A Turbocharger With A 60,000 PSI Water Jet And Fill A Weather Balloon With It! 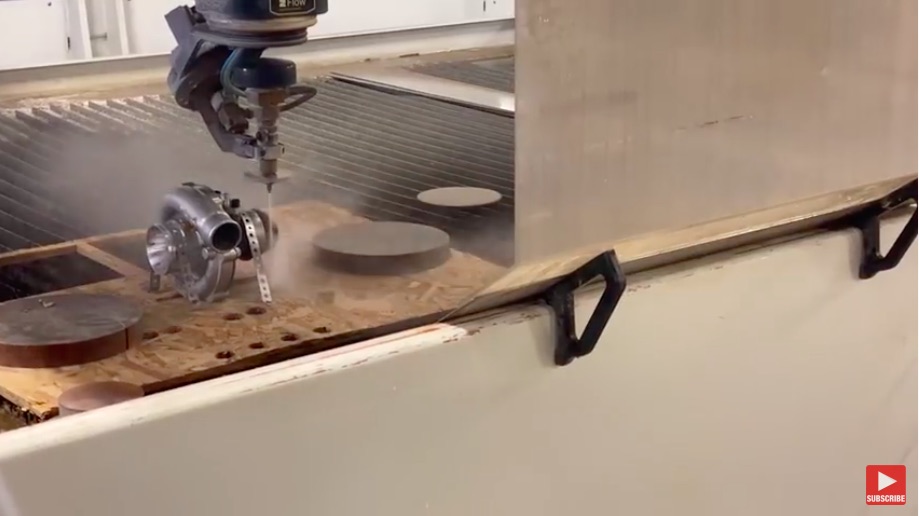 This is one of those things that makes absolutely no sense but is really kind of interesting and fun to watch. You are going to see some guys who have a huge industrial water jet mount a turbocharger to the table and use the water jet to spool the turbo. Rather than just leave it at that, they decide to use the turbocharger to fill a big weather balloon and to see how long it will take and if the turbo will actually survive the repeated blasting from the pressurized jet of water.

No, there is not an overriding point here although we do get to see in physical volume how much air the turbocharger is actually moving when it gets spooled up. We were also wondering what it was going to look like once the water got done blasting on it. A water jet is obviously a cutting tool and these guys can vary the pressure. But would the turbo be junk after this? You’ll have to watch for yourself because they do investigate the unit after all is said and done.

If you have kids and have been trying to explain to them how a turbo works, this is actually a near visual that shows off the basics elements in ways that some people may have a hard time picturing in their own mind!

Press play below to see these guys spool a turbocharger with a 60,000 psi water jet!

Knievel vs The Canyon: Here's The Incredible Story Of The Snake River Canyon Jump In 1974 The American Engineer: This Chevrolet Sponsored Film From 1960 Is Really Cool and A Celebration Of The Profession