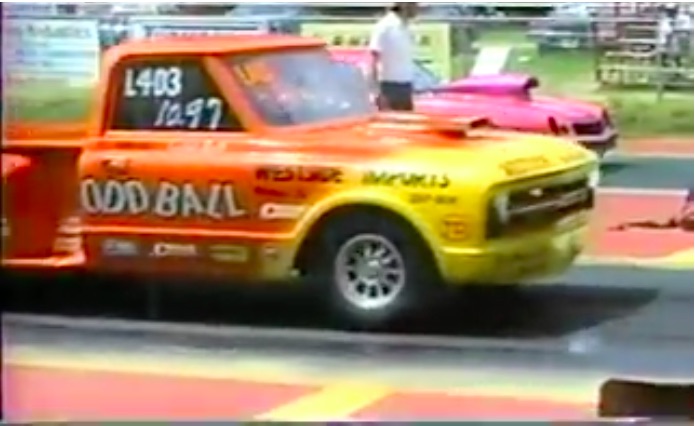 This is a fun way to kick off a week, right? We’re taking you 30-years into the past, back to the 1989 drag racing season at Hallsville Drag Strip in Texas. The track no longer exists but we’re hoping that many of these cars and trucks do. No, you are not going to see any sort of wild fuel cars or pro mods here, you are going to see some bread and butter drag racing, the type of stuff thats serves as the larger foundation of a sport that’s as busy now as it has ever been. I just came off a race in Florida where there were hundreds of cars from all over the USA and Canada, a few thousand fans, and excitement through the roof. Things are cooking in 2019.

We’re wondering what happened to many of these cars after little Hallsville drag strip closed. There’s a weird thing that happens when people make things into race cars. They last a long, long time. Outside of a crash on the track, race cars tend to be cared for at a really high level, they get stored indoor, toted around on trailers, and generally maintained at a great level. If we had to guess, we bet many of these cars are still out and about in some form of fashion in the drag racing world.

Johnny Exum is one of the notable racers shown here. He was a very strong index racer in classes like Super Gas. He was working on his reaction times and keeping himself sharp during this event at Hallsville. The video was pretty well made and we get a great sense of not only the cars but the cool and homey nature of Hallsville Drag Strip.

From C10 trucks to dragsters, Mopars, and Corvettes, there’s plenty of stuff to like in this vintage video.

BangShift Question Of The Day: Why Not Own An Old Semi Tractor? Best of 2019: 1963 Chevrolet Film Touting Their Medium and Heavy Duty Trucks Is Great