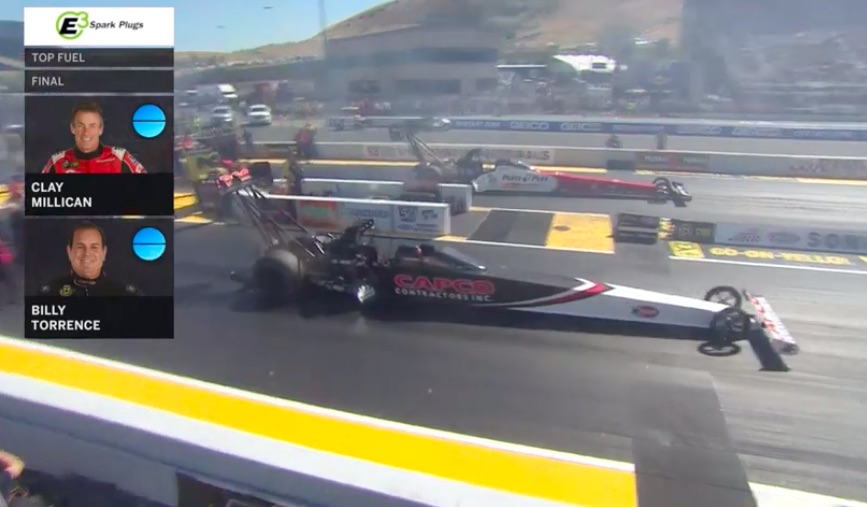 The second stop of the 2019 NHRA Western Swing brought the tour through some of the most beautiful scenery in the United States. Sonoma, California was the scene for the 2019 NHRA Sonoma Nationals and the race delivered with warm temperatures, big crowds, and exciting action. Sonoma Raceway is one of the most interesting and frankly one of the most stunning racing facilities on Earth, not just here in the USA. Close to sea level and usually packing a nice breeze, it provides the lowest average density altitude on the NHRA tour and normally some of the biggest performances.

As mentioned in the title, the four winners all are established names. Some of them like Billy Torrence are adding to a budding collection of race wins that seems quaint as compared to others but are not any less hard fought. Andrew Hines continues to dominate pro stock motorcycle, Greg Anderson crept one win closer to Warren Johnson when he picked up his second in a row on the tour and cemented himself as the only guy left who can sweep the swing. Robert Hight snagged a milestone at his home track, though. His 50th career victory came on a weekend that saw him run 334mph in perfect Friday qualifying conditions.

Clay Millican was a runner up for the second week in a row. That team seems to be on the verge of breaking through for their first win of the year. Other notable performances? Brittany Force turning a speed of 335mph in the first round of top fuel. The third fastest run in NHRA history and the fastest this year.

The final stop of the NHRA western swing comes this weekend just outside of Seattle at Pacific Raceways. It’s the Magic Dry NHRA Northwest Nationals!

Press play brow to see how the action settled out in Sonoma, California –

Engine Magic: Watch This Video About Bringing A Buick Stage II IndyCar engine Back to Life On The Dyno! Regular Car Reviews Meets The Tata Nano, And Realizes That Not Every Car Deserves Love