Historic Footage: “Wild Bunch” Racing In The U.S. In The Late 1980s 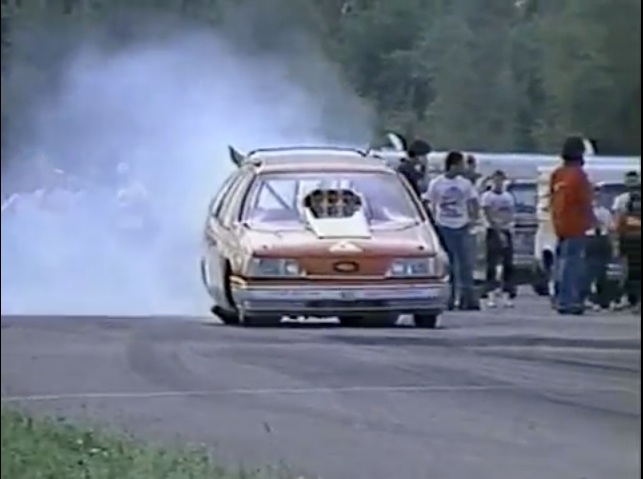 ANDRA Top Doorslammer racing in Australia rules. You guys love it for the same reason we love it: you know what kind of car you are looking at, you know it’s got horsepower by the thousands, and you know that the runs down the quarter-mile will be exciting. The range of cars that race T/D is pretty impressive, from the 1959 Chrysler Saratogas through the Holden V2 Monaro (the car that the late-model Pontiac GTO was based off of) and just about anything in between, Australian or otherwise. In fact, the only car type specifically disqualified according to the ANDRA rules is any “rear-engined sports cars”…which means Corvairs, Beetles and Porsches are out.

But the program that Top Doorslammer evolved from, Wild Bunch racing, isn’t an Australian creation, it’s an American one. What started out as a track scrambling to fill a slot in a show when a jet car’s owner decided to not appear turned into a surprise hit when a driver in a blown 1967 Camaro was asked to run against the other jet car. It was a sound thumping, even with a two-second head start, but Maryland International Raceway coordinator Tod Mack realized that he had a hit on his hands and ran with it. Soon a motley crew of drivers were running match races in the U.S. and Canada and the collection was wild: a Chevrolet LUV that had enough body flex on a run to cause concern, an IROC Camaro that looked Pro Street ready, and by far and wide one of the wildest things ever put onto a track, Camp Stanley’s Ford Taurus station wagon powered by a Shotgun motor on nitro. These guys were hell-bent on putting a door car into the six second range in the 1980s and they succeeded while having tons of fun along the way.

Watch AA Fuel Altereds At The March Meet Right Here! Eliminations Action Was Awesome! FREE!!!! Watch The Sweet 16 Radial VS The World Replay Since There Is No Other Racing To Watch!