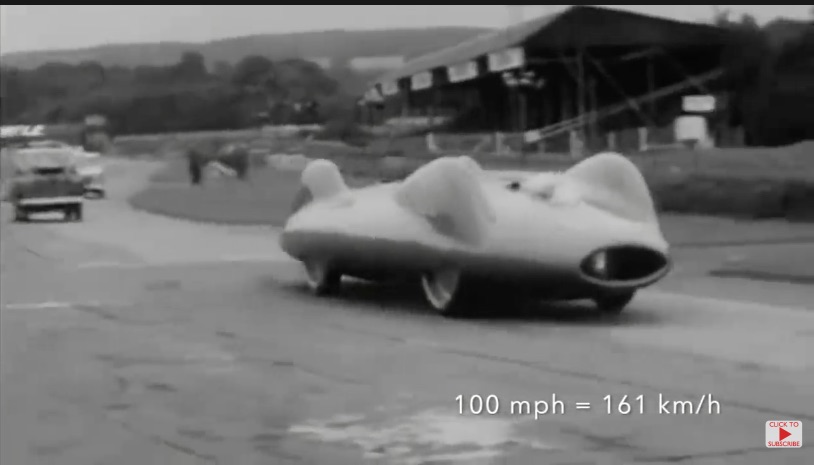 This is a fantastic history of an iconic car. The Bluebird CN7 was the last wheel driven car to hold the outright world’s land speed record and it was not a cheap or an easy process to make that claim. There was the massive expense of building the car, which equates to some 30-million dollars in modern money. There was the 350mph wreck that completely destroyed the original version of the car, and then there was the fact that mother nature seemed to be conspiring against owner Donald Campbell wherever he and his team went.

By the 1960s, the British were well ensconced in the business of holding the land speed record. From Donald’s father Malcolm, Henry Seagrave, John Cobb, and their ilk had driven the mark up to nearly 400mph by the time the middle 1960s rolled around.

As we all know, Campbell would take Bluebird to a world’s record of 403mph which had a terminal speed of 440mph during the measured mile. Even this was not done in a clean fashion as Campbell made a driver mistake which scrubbed about 100mph (potentially) from what the speed could have been.

This happened in 1964, the same year he broke the water speed record, becoming the only man to ever break both records in the same year.

Shortly after the 403mph record, Craig Breedlove took the Spirit of America right past him with his massive amounts of thrust. In June 1966 the last runs the car made on an English airfield. It crashed at some 100mph and then was run at low speed shortly after. Post that? Into the museum.

This is really interesting stuff. Check it out!

2 thoughts on “Land Speed Legend: This History Of The Bluebird CN7 Land Speed Car Is Amazing”