A Trip Back In Time: This Incredible Drag Racing Film Shows Guys Like Connie Kalitta, EJ Potter, The Arfons Boys and Others As Kids! 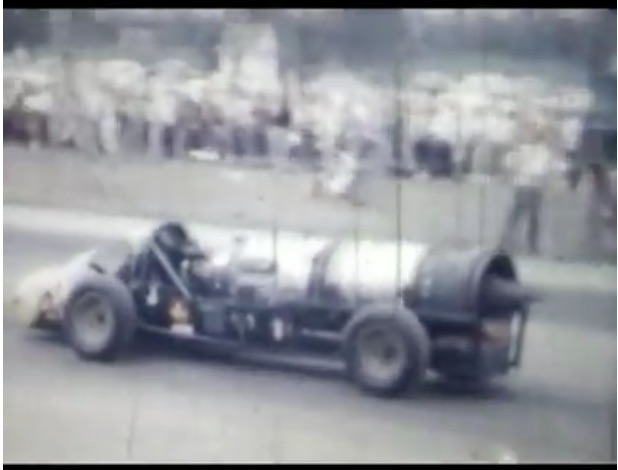 Just when you think you have seen it all! The amazing thing about video footage like this is that it mimics the whole “barn find” car deal because when someone drags some incredible thing out of a farmer’s shed you think, “Well, that’s the last one…” inevitably five minutes later someone finds something even more amazing. The volume and number of old 8mm drag racing films that have been posted on the internet over the years is staggering. It seems as though at every drag race ever held, someone was there with a camera to take in the action of the day. Not only did they shoot the stuff…they kept it!

The film you are about to see below will play best into the hands of hardcore drag racing history lovers as it lacks sound but the visuals truly make up for it. Seeing EJ Potter on Widowmaker 1, complete with its gas tank from a tiny Whizzer motorcycle, seeing the original Green Monster jet car make runs in front of incredulous fans, seeing the likes of Connie Kalitta, the Speed Sport roadster, and others getting after it. Just amazing.

Outside of the big names there are just cool cars dripping off of this video. Altereds, street cars, dragsters, and more. Lee Pendleton can be see making at least one run in his Allison V12 powered slingshot. The tire smoke is instant and voluminous.

National event drag racing in this era meant basically one thing…THE Nationals. By the time the video ends and the sport has evolved a few years (and quickly) we are starting to see more shiny polished stuff competing. The level of professionalism had been raised by that point.

Lordy, this is great. The cars, the people, the strips. You gotta watch!

Press play below to see this amazing drag racing footage with legends as kids!

The OPGI Dads and Grads Sale Is ON - Save Up To 15% On The Parts Pop Needs! Header Flaming Funny Car Action Photos: Nitro Funny Cars At The NHRA New England Nationals