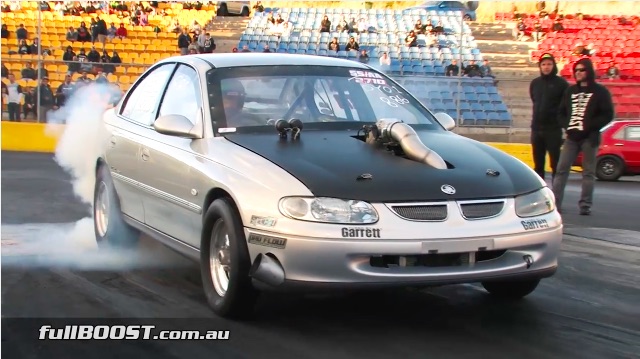 The car that will define the 2000s? The silver, non-offensive mid-size sedan. A bar of soap with headlights, a V6 of some sort, and about as much character as a potato chip. An unsalted potato chip at that. Most were offensive simply by striving to not be offensive, and some were flat-out crap. Case in point: Cadillac Catera. The “Caddy that Zigs!” was horrifyingly bad, namely in the engine bay. The 3.0L L81 V6 was 200 horsepower of indifference that proved to be just fine in a Saturn Vue or L-series sedan, where nobody cared about performance, but in the Catera, it was gutless, and that was before the timing chain replacement costs siphoned the cash from your wallet. But there is a redemption to the Catera, one that isn’t exploited as much as it should be: it’s related to the Holden VT platform. That’s right…the Catera is related to the late-model Pontiac GTO. Hard to swallow, but the Caddy and the Goat ride on the GM V-platform. That means that with a little work and some junkyarding, the Catera can wake right up. If you’re gearing up for an anti-LS tirade….silence. If there was ever a car worthy of having an LS shoved in the engine bay, for the love of all that’s holy, the Catera is it. That’s the only way the bastard child of Cadillac and Opel can have any respect. And if you don’t think it can work, check out this analogy: this is a Holden Calais. Ask an Aussie what the difference is between the Calais and the Commodore…for all I can tell you, it’s a trim package. But it’s silver, mostly stock looking, and for some reason watching it blast down the track works for me. Think you could hide everything under the hood of a Catera before going out for some fun? Watch the Holden make some runs and tell us what you think!

Grab Your Plate Of Leftovers And Check Out Photos From Street Car Super Nationals Las Vegas Too Stuffed With Leftovers? This 1977 Holden One Tonner Should Help You Out!