Jul 21, 2021Brian Lohnes1320 Drag News, 1320 Videos, BangShift 1320Comments Off on Watch JR Todd’s Incredible Come Back Run From NHRA Sonoma That We’ll All Be Talking About For Years 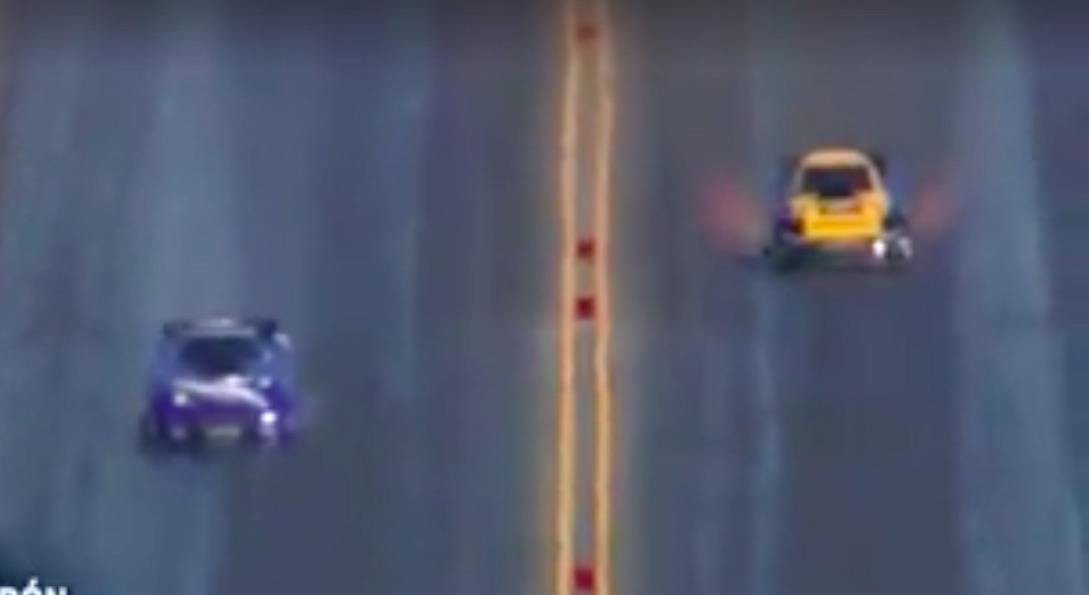 It was over. The DHL funny car that JR Todd was driving had smoked the tires on the hit, Jack Beckman was heading down track and that was the end of the story for the “Yella Fellas” of Kalitta Motorsports. But it wasn’t. Todd, after having experienced a near identical situation during the Englishtown NHRA event and who had elected not to pedal in that situation took the opposite tack here. Gingerly slapping the throttle to settle the car down and then plugging that mother to the floor, he began to furiously charge down the strip at about the very moment that Beckman’s car fell silent.

The crowd leapt to their feet as Todd was reeling in the now coasting Beckman and they went completely batshit crazy when he passed him with about 50ft or less to go. Todd crossed the finish line going 283mph to the measly 118mph that the coasting Beckman car achieved. I have never heard a packed house erupt at a drag strip with more pent up excitement than these people did. It was incredible and we could not get enough of the replay.

So what the hell happened? Believe it or not, the very end of the video tells the story. If you watch the final replay that shows the cars from the rear you will see Dean Antonelli, one of the crew chiefs on the Infinite Hero car of Beckman signaling his crew with his right arm. What was he doing? Well if everyone else is a guide in the nitro ranks he was signaling a crewman with the team’s kill switch to shut the car off because Todd had smoked the tires and Beckman had a hole out on the left side of the engine. Antonelli was standing on the left side of the car. Rather than risk blowing the thing up on the way to the finals where a live TV window was already going to have the teams in hustle mode, he made the decision every crew chief out there would have made (unless it was in the finals) and seems to have been indicating to have the car shut down remotely. The problem? JR Todd wasn’t going to let them off the hook that easily.

After talking with Todd post-race I learned that after the situation in E-town when his car smoked the tires on the hit and he did not pedal it to make something from the run, he felt as though he had let the guys down and vowed never to do that again in a situation where it could make a difference. Clearly that was the right approach. This win put the team into the final round where they defeated Tim Wilkerson and JR got his first win in a nitro funny car, becoming the 16th person in NHRA history to win in both nitro funny car and top fuel.

The side benefit of this video shows just how freaking mental the acceleration is in one of these cars. All of the set pieces, props, charts and graphs don’t mean squat compared to this. Real time example of the true capability of these land based rockets.

We bet those guys are still partying!

How To Make Patch Panels You Can't Buy New: How To Fix That Spot In The Trunk Right Behind The Wheel Tub Allentown Vintage Drags: Traditional Hot Rods And Motorcycles Racing Heads Up On Gravel!