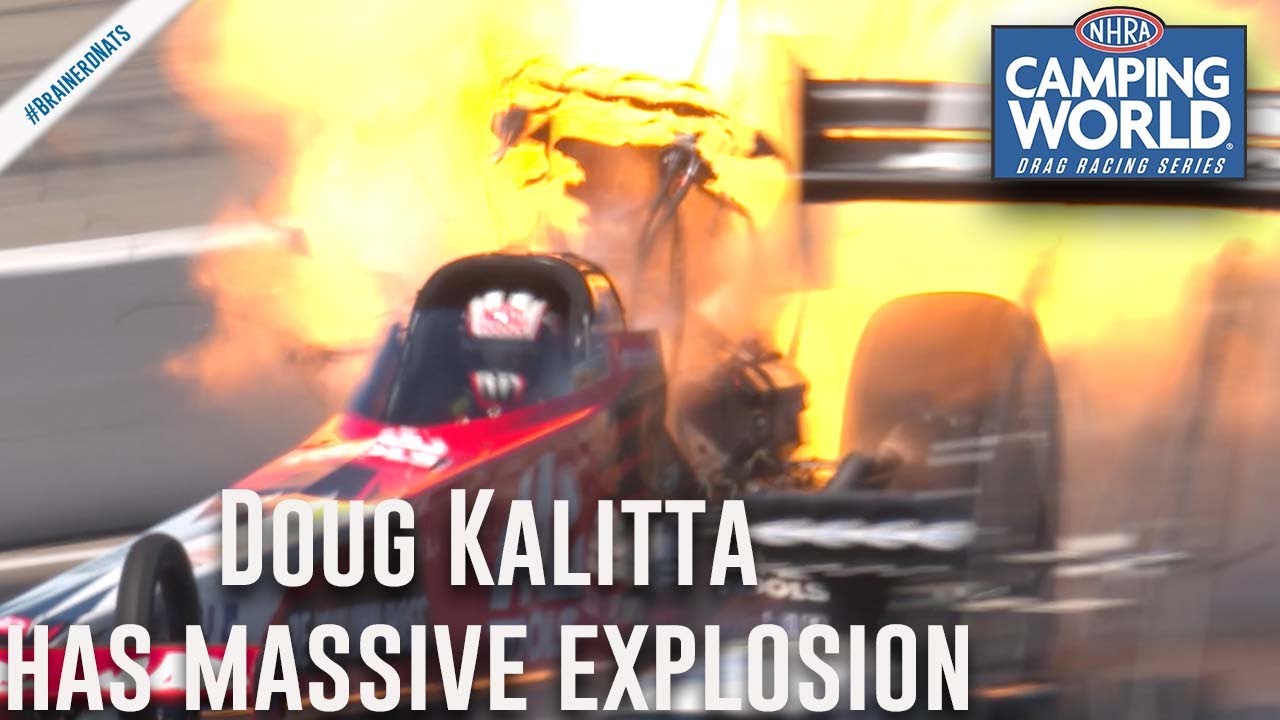 There is nothing more explosive on the drag strip than Nitro and that was readily apparent yesterday at Doug Kalitta sent all the parts and pieces flying from the Mac Tools Top Fuel Dragster. After leaving the starting line against Tony Schumacher, Doug’s car started smoking the tires and he very quickly pedaled it. Because he was already behind it stepped off and back on the throttle as quickly as possible, hoping that the tires would hook and allow him to catch up. Unfortunately, when he lifted and then slapped the throttle again, it put out a couple of cylinders. This isn’t uncommon as the throttle blades close and the engine is starved for air, which then makes the already incredibly rich air-fuel mixture virtually pure nitro.

With more than half the cylinders no longer firing, all that boost and air are trying to still do their job, and when the intake manifold fills with what becomes a giant pool of fuel those big MSD mags will light it no matter what and they did. With so much going wrong already, that means there is way too much bang and not enough room to contain it. Ugh.

I guarantee you that Doug knew it was happening as he’s been doing this a very long time, but the fact that his head got slammed forward by the blast most certainly got his attention as well. This is not a great way to end the day, but Team Kalitta are veterans and will be back at it for the next race we’re sure.

Tri-Five Nationals Photos: Our Coverage From The Biggest Tri-Five Show On The Planet Continues Right Here! Did Finnegan Buy "THE WORST DODGE DAYTONA WING CAR EVER"?

One thought on “KABOOOOOOM!!!! Check Out Doug Kalitta’s MASSIVE Explosion At The Lucas Oil Nationals”