This Kid’s First Car Is An V8-Swapped Studebaker He Built For Under $2000, And It Absolutely Rips! 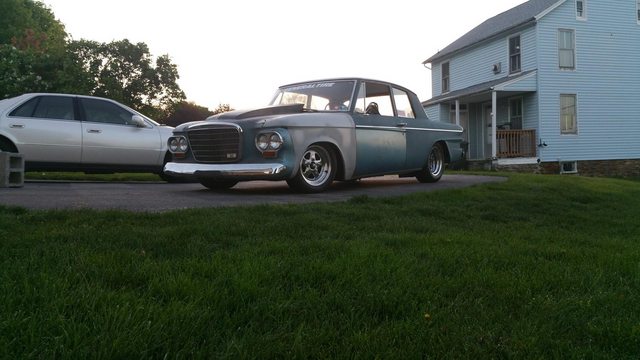 Here’s a question for all you BangShifters that you’ve probably been asked a million times by now: What was your first car?

Mine was a 1964 Buick Skylark Hardtop Coupe with the Fireball 225 V6 backed by a Super Turbine 300 2-speed automatic transmission. It was glacially slow, rusty, and a handful to drive, but I loved every moment of piloting that barge around. One regret I had with it was not sticking with the car and transforming it into the street/strip terror I always pictured when I squinted at it. I always pined for a honkin’ Stage 1-style Buick 455 swap or a Buick 3.8 SFI Turbo swap from a Grand National. Instead, I let it rot and sold it off, and I really wish I had it now.

Calvin Nelson, on the other hand, does not have any of these regrets.

You see, while Calvin is not really a kid anymore at age 23, he still has that 1st car of his: a 1963 Studebaker Lark. That car, originally purchased when he was a young teenager as a non-running father/son project, was tweaked, modded, and molded into the car he saw in his daydreams: a nasty, scrappy, V8-powered streetable track terror. And the best part? He built the thing with his own two hands, along with some occasional help from his dad Andrew, his brother Cameron, and even his mom Paula over the years. He learned how to weld, fabricate, and build potent engines by watching his dad thrash away on his fleet of race cars, and honed all his newly learned skills building the machine you see here. 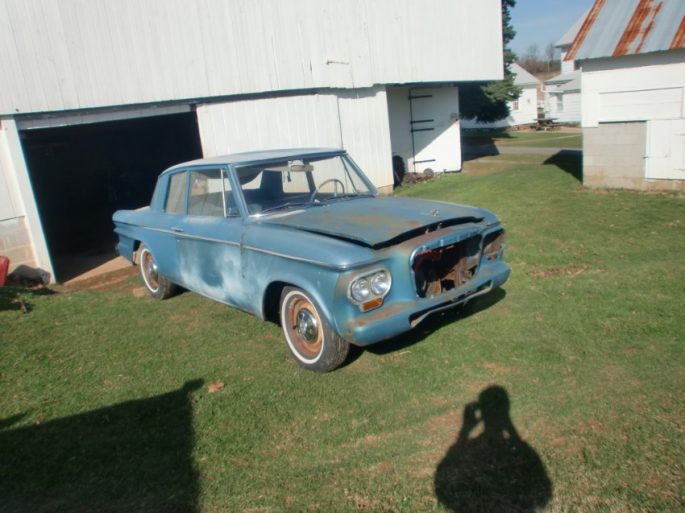 Just so you don’t think this thing was always all killer stance and strip-punishing horespower, this car started out as a tired old hulk with a non-running original engine. The body, although a bit battered, was straight enough to serve as a clean slate for some serious speed. Calvin learned early that hard work pays off, and the culmination of that hard work is owning one of the coolest old Studebakers in all the land.

Wait… these names sound familiar, don’t they? Well, if they don’t, here’s a refresher: The Nelson family (aka PACC Racing) are well known for building unbelievable rides for pennies on the dollar, and compete in events like Hot Rod Drag Week, ECTA Land Speed Events, and the Grassroots Motorsports $20xx Challenge. In fact, these guys just got back from beating the General Mayhem at it’s own game at the Roadkill Zip Tie Drags with another budget-built creation of theirs: Bugzilla.

Calvin’s Studebaker is super cool, and he was able to run it in anger for the very first time at the Grassroots Motorsports $2016 Challenge last year with the rest of his family. It’s a heavily modified and massaged ride, running a lightly modified LQ4 6.0L Chevy V8, and man, does it go. With under $2000 into the entire thing, he was able to coax it to a 11.62 e.t. at 116mph during the event. Oh, and another tidbit of info: he had never driven the car AT ALL, let alone on a drag strip, before that night. Understandably nervous, he still clicked off an impressive 11.94, even with botching a couple shifts. Here’s video of it’s first-ever pass, racing against dear ol’ dad in his event-winning American Graffiti-inspired VolksRod:

This really makes me wish I did all those pipe dream mods to my poor old Buick. Good on you Calvin for not throwing in the towel. This thing is the epitome of being BangShift Approved!

If you want to know more about Calvin’s sweet Stude, check out the rest of the story from our friends at Grassroots Motorsports!

ALS Cruisin To A Cure Photo Coverage: Mopars, Diesel Cadillacs, And Lots More - Check Out These Images! Reader Information Request: Do You Know Any Details About The "Turn Me Loose" Opel AA/FC?

20 thoughts on “This Kid’s First Car Is An V8-Swapped Studebaker He Built For Under $2000, And It Absolutely Rips!”