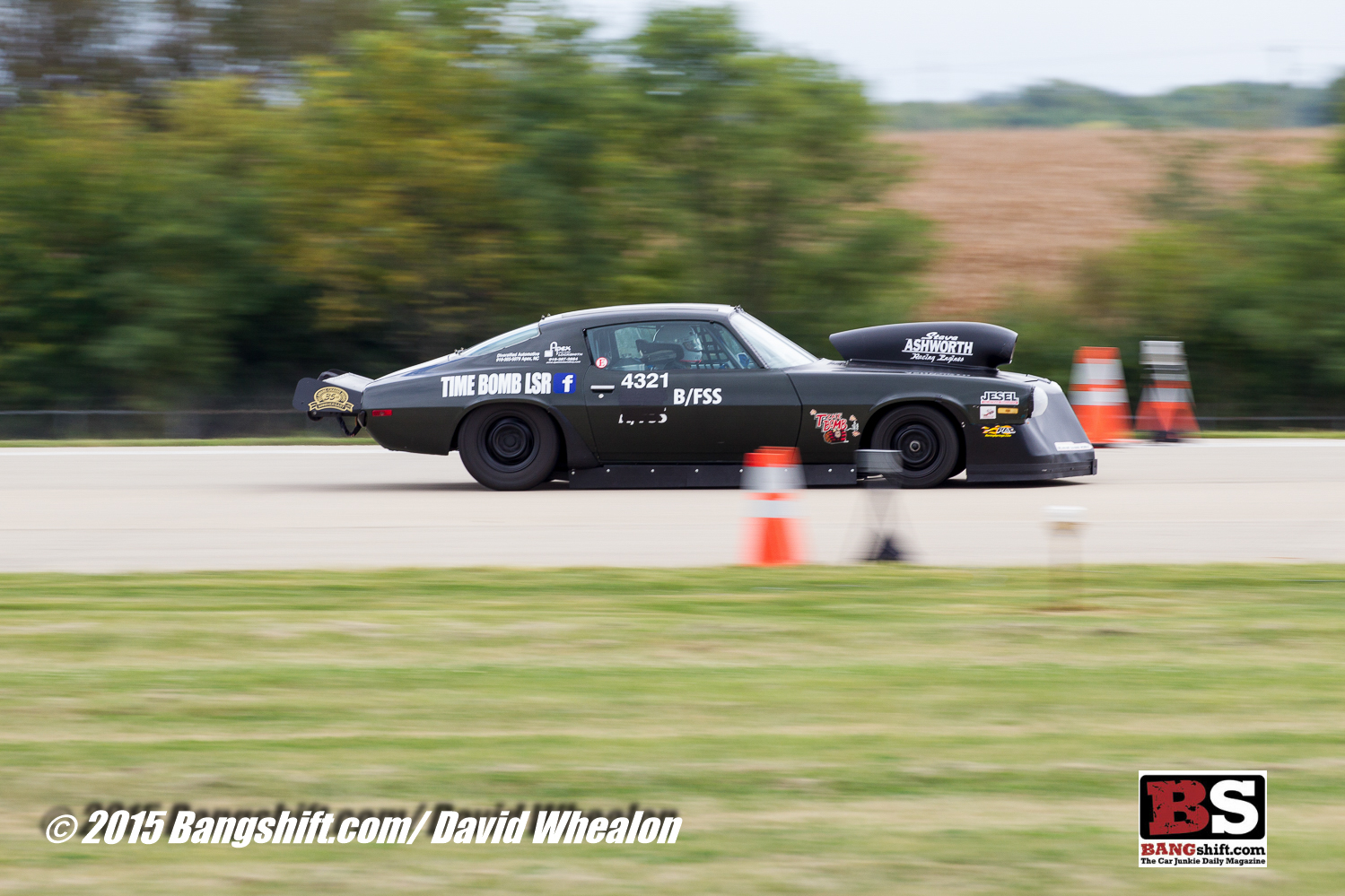 (Photos by David Whealon/DWPhotos.net) – Land speed racers are a very interesting lot. For the most part they do not get to ply their trade nearly as much as people who race stock cars or go drag racing on a near weekly basis at tracks across the country. Nope, they have to wait for their shots and take them when they are available. With the cancellation of any and all activities on the Bonneville Salt Flats in 2015 (although there are rumors of a last ditch November meet hovering) it meant that racers who were planning on hitting the salt had to make a new plan.

Lots of first time racers attended the Ohio Mile meet that the ECTA put on to close their 2015 season in Wilmington and it sure seemed to us that everyone had good time. There were nearly 500 runs made over 1.5 days (half a day was lost to a crash and a rain storm that came in during the cleanup), tons of records set, and many new machines debuted to the delight of fellow racers and fans. You’ll see some of them in this collection of excellent photos from David Whealon.

IF YOU ARE A RACER WHO WANTS TO BUY PHOTOS, DWPHOTO.NET IS THE PLACE TO DO IT!

Click the speedy images below to expand them – big speed in Ohio!