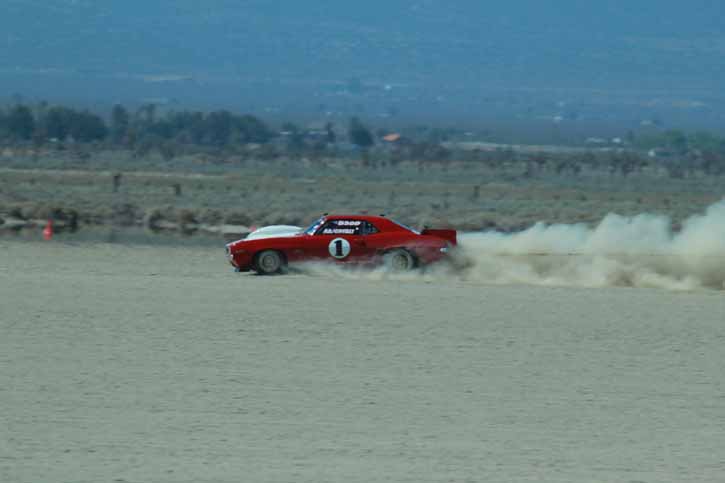 (Words and photos by Steve Murphree) – Going to El Mirage for the first time was an adventure. Having been to several ECTA Ohio Mile meets and Bonneville Speed Week before, I thought that I had a clue as to how it all worked. Wrong!

First of all, El Mirage is in the middle of nowhere. At least at Bonneville, civilization is a mere few miles away with casinos and several other businesses nearby. El Mirage is pretty much a 15 mile trek in either direction before you see signs of life. Sleeping in a rental car in Lake Los Angeles the night before the meet is not advised, but it worked for me. Advice: yes, the liquor store in the middle of town is open all night. Dollar General will also deliver packages in the middle of the night at random times. Homeless people probably will be within yards of the rental car when you wake up. Camping on the lakebed is much more peaceful.

Last but not least, the racing was actually pretty good. The surface was comparable to a parking lot. Some areas looked like parking lots that have not been repaved in 30 years and are chipping out. Other parts of the dirt looked as smooth as a drag strip. Several records were set this weekend. I distinctly remember several runs in the 240+ neighborhood; pretty nuts considering it’s just a 1.3 mile strip of dirt in the Mojave Desert. The variety of race vehicles was exciting as any land speed meet. There was everything from 16,000 RPM motorcycles to the 911 roadster that runs a heavy load of nitro. It was very interesting how the clubs worked. There are several clubs that racers are a part of. They take turn setting up, maintaining, and tearing down the course. This reduces the cost to run the event so that they can run six times a year unlike Bonneville.

All in all it was a great trip. I’m glad that I was able to experience this land speed venue. While it might be a little far away from Tennessee to ever run a vehicle, I can dream! 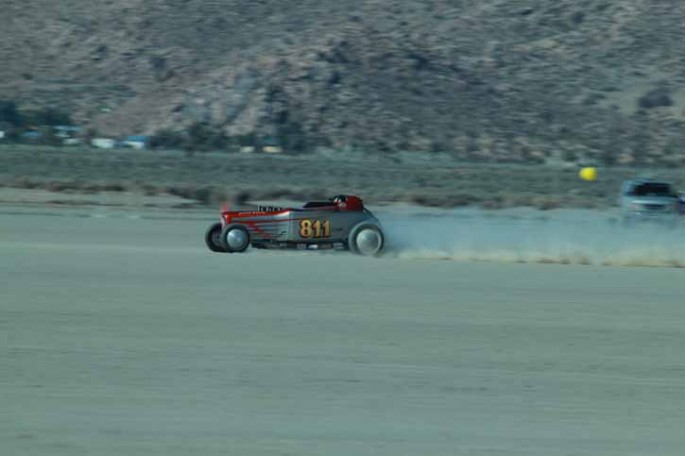 Jet Hot's 40 Premium High Temp Coating Colors Are All Right Here For You To See! Goodguys East Coast Nationals Coverage: The Massive Show Continues To Get Better And Better