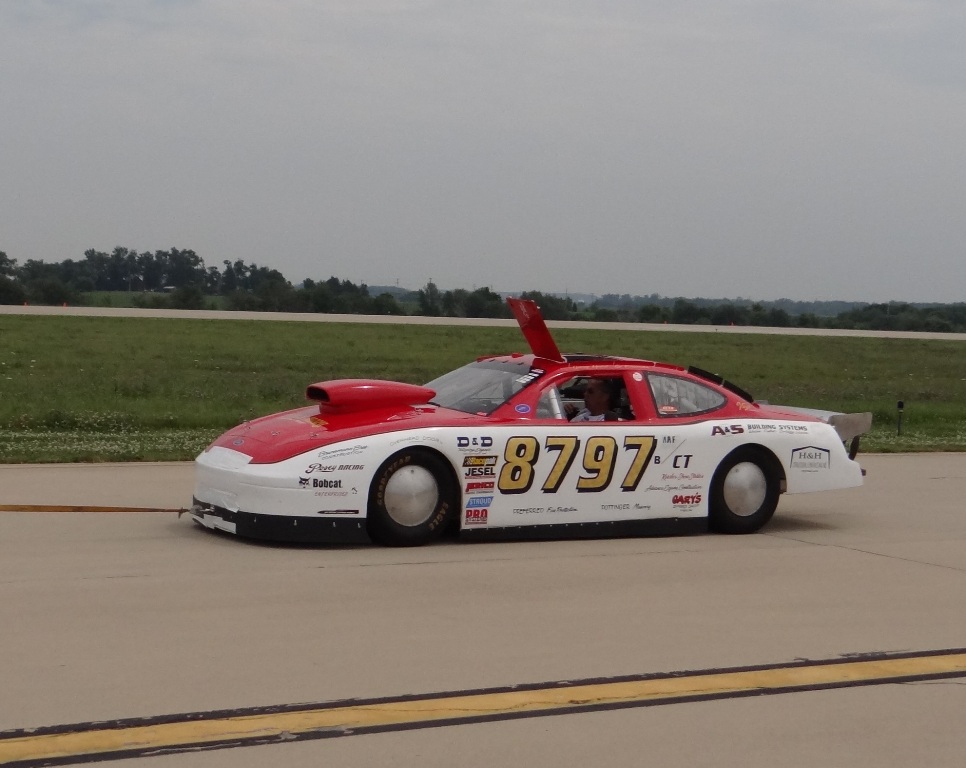 (Words and photos by Doug Gregory) – No, I don’t have results, classes, or accurate speeds to report. I was there….my first one of these land speed events. (Editor’s note: more ECTA coverage coming this week!)

My 14yr-old son and I truly enjoyed it. The event was a bit small, but given the forecast and conditions (warm, humid, wind) I was glad to see those that did turnout for it. The wind switched around midday from a slight tail wind to a mild headwind. We spent a lot of time walking around and talking to folks to learn more about the cars, setups, a few rules and so on. I figured some of them were there to iron things out before heading West in a few weeks for the big show on the salt. The cars – were awesome.

Last pictures of I saw of the Ford stock car it looked much like it had just came off the high banks. Now its got tunnel-ram mounted twin dominators breathing through a pro stock hood scoop. It ran a bit over 200 dumping the laundry just before the traps. A V6-powered sprint car was getting it done to the tune of a buck-forty using direct drive. There were bikes galore with records seeming to be set at a rate of about one an hour. The quickest were screaming down the line at over 200 big ones. I am not signing up for that. We witnessed an awesome mobile home run 98mph. It’s a very limited production model, but completely cool and functional. You know that’s likely why they quit making them.

There were two 2.3 Fords making noise out on course. One sounded like a V8 and according to the owner its ‘over-cammed and over-carb’d’ so it’s a pig under 5,000rpm. I don’t care – it sounds BAAAD. Running a pair of Holley two-barrels atop a custom intake it sports a dry-sump oiling system, electric water pump, and a Doug Nash 5-speed. He said he shifts at 8,500 except for the 4-5 which comes in at 9,500. Yikes. The other 2.3 was boosted in a flaming orange roadster. The packaging they do in these streamlined cars just amazes me. The black Caddy was screaming and after a bit of work (added cardboard and tape) it clicked off a pass of over 190mph.

The diversity of cars and the ingenuity of the folks building these things is inspiring. There are so many paths to reach the same, ultimate goal. I saw Keith Turk running all over the place doing just about anything that needed done including running out on the tarmac to retrieve something that blew off a car. I believe Brian Lohnes actually called that one correctly from the tower when he claimed his ‘eagle eyes’ discerned it was a water bottle. My bet is on a lucky guess and not some super-human vision power. (Editor’s note: I eat carrots by the bushel.)

Though we couldn’t come back for the 2ndwe had a really good time and anytime there is an event without major mishaps it’s a good day. We will do everything we can to show up for the fall event in September when the conditions are better and more folks will come out to play. 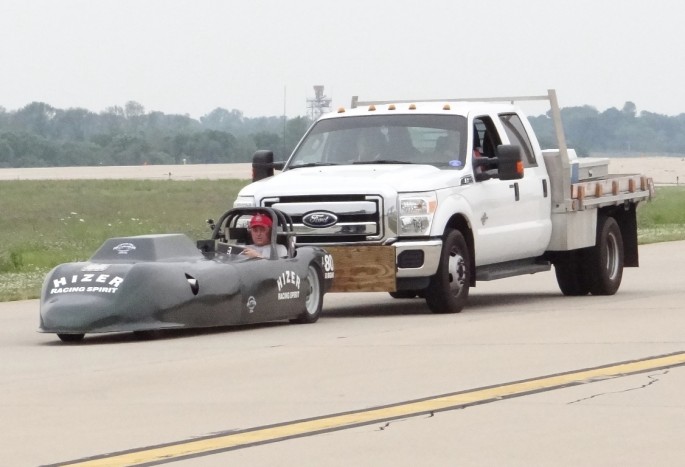 Do You Understand How A Racepak Datalogger Or Racepak Dash Works? We Tell You. How Bad Does The Ad Have To Be To Be Called "World's Worst"? Watch This Toyota Ad And See For Yourself!