Last Call: The 1973 Baldwin-Motion Phase III Camaro…You Truly Weren’t Going To See Another Like This! 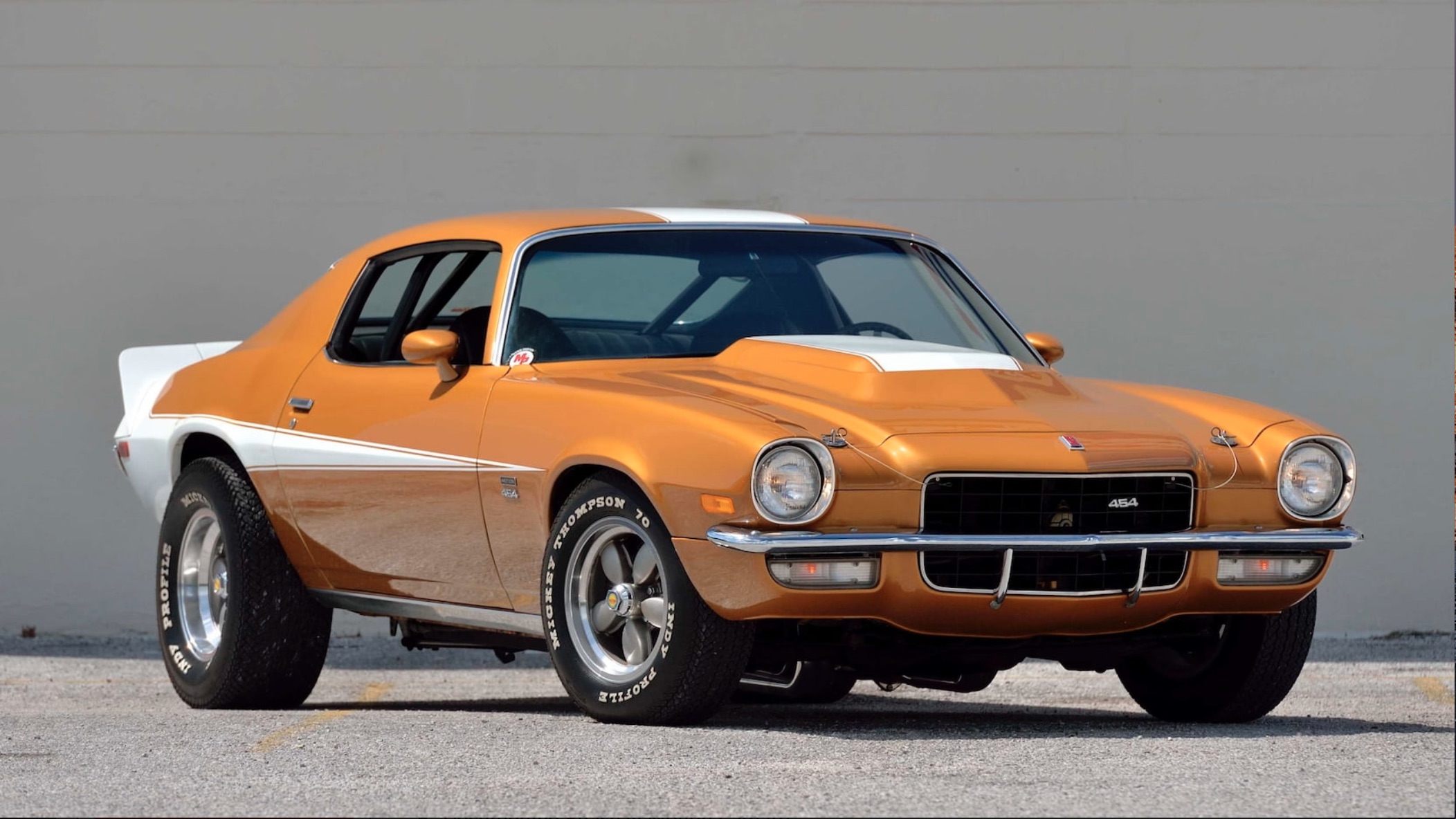 In 1974, Car Craft Magazine published an article: “King Kong Lives On Long Island”. The feature vehicle: a 454-powered Motion Super Vega. Wrap your head around that for a minute…the Chevrolet Vega, a car sold with a 140-cubic-inch four, a car that flat freaking screams with a small-block, holding a Rat hostage under the hood waiting for the first sucker to walk by so that it can use a comically-sized hammer and bean them on the top of the head. In 1974. Right on the heels of the first OPEC oil embargo. It’s a small wonder that the Environmental Protection Agency didn’t find him sooner, and it’s nothing short of a miracle that when they did finally move in on him, Joel Rosen only had to pay a $500 fine and agree to stop making race-ready monsters for the street. Oh, he still made machines that would work better than any medicine you could imagine afterwards, like the 1974 Phase III Type LT Camaro that is a celebrity of car culture in Iran, but that was the hitch: if it wasn’t leaving the country, it had to be “For Off-Road Use Only”…or, in other words, don’t bother trying to register it because the EPA folk were ready to smack Mr. Rosen around to the tune of $10,000 per emissions device removed, altered or otherwise messed with. 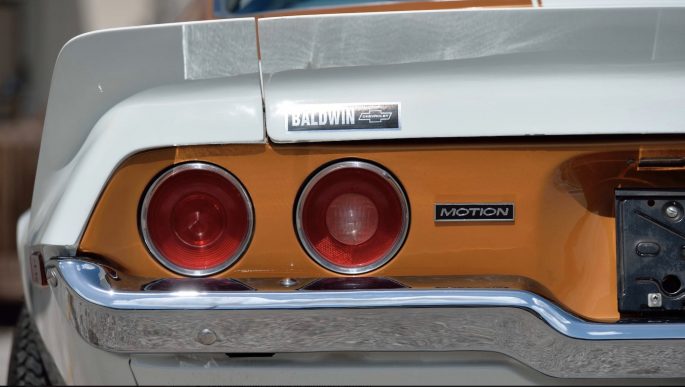 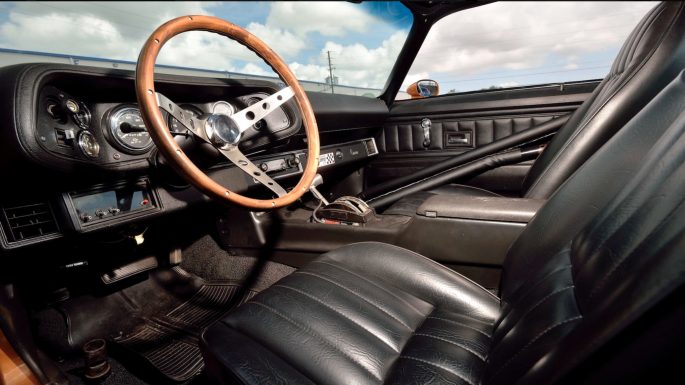 1974 sucked. 1973, on the other hand…well, the party was certainly dying but it wasn’t dead just yet. You could still go to Motion, throw your money down and walk away with a car that carried a personal guarantee of at least [email protected] miles per hour in the quarter in the hands of a Motion-approved driver or your money would be refunded and Rosen would take the non-performing car back. Nobody ever tested that guarantee. Nobody ever needed to. Rosen had years of experience making things haul ass, specifically jamming 427s and later, 454s where they originally had no business being. And he knew how to sell it, too. You could pay for the upper crust and walk away with a Phase III Corvette with a radical new body, or you could shell out about three thousand bucks and walk away with a plane-Jane Biscayne two-door post car that was sold as the “Street Racer Special”. That’s the kind of house of fun Motion Performace was. 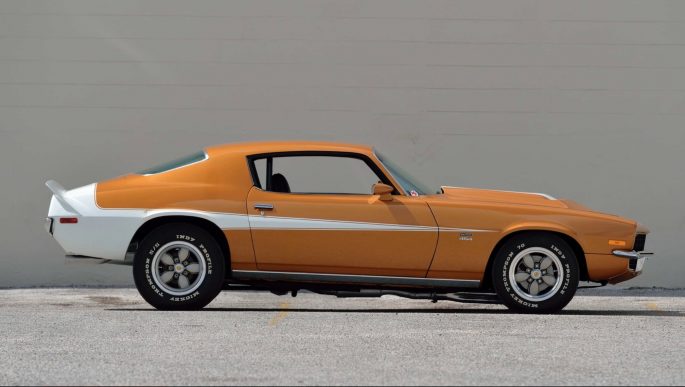 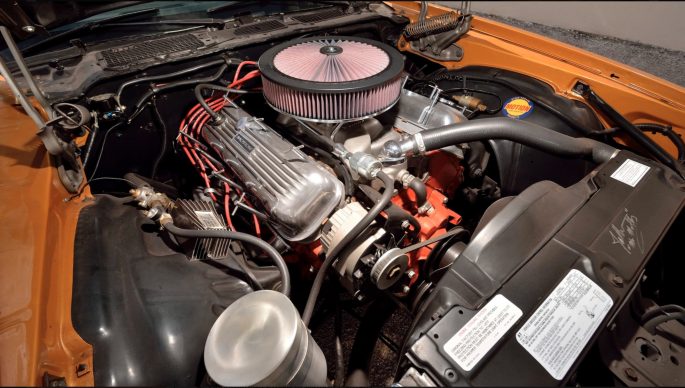 This particular car is a 1973 Phase III Camaro, reportedly the last one built for U.S. sales before the Feds showed up with lawyers. Like just about every other Phase III Camaro, it looks ready to rock some poor, over-confident and under-powered soul’s world, in the most menacing way possible. Parked, the gold/white combination might display class to some. But anyone who knew anything in 1973 knew that this Camaro had something for your ass, and it was sealed with a promise. You tested the waters at your own peril. 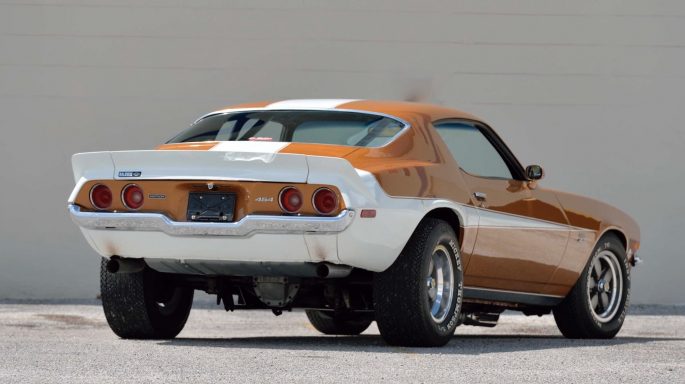 Our Pomona Swap Meet Photos Continue Right Here. Check Out What We Saw This Month. BangShift Question Of The Day: What Vehicle Would You Drive On A Rally?

6 thoughts on “Last Call: The 1973 Baldwin-Motion Phase III Camaro…You Truly Weren’t Going To See Another Like This!”