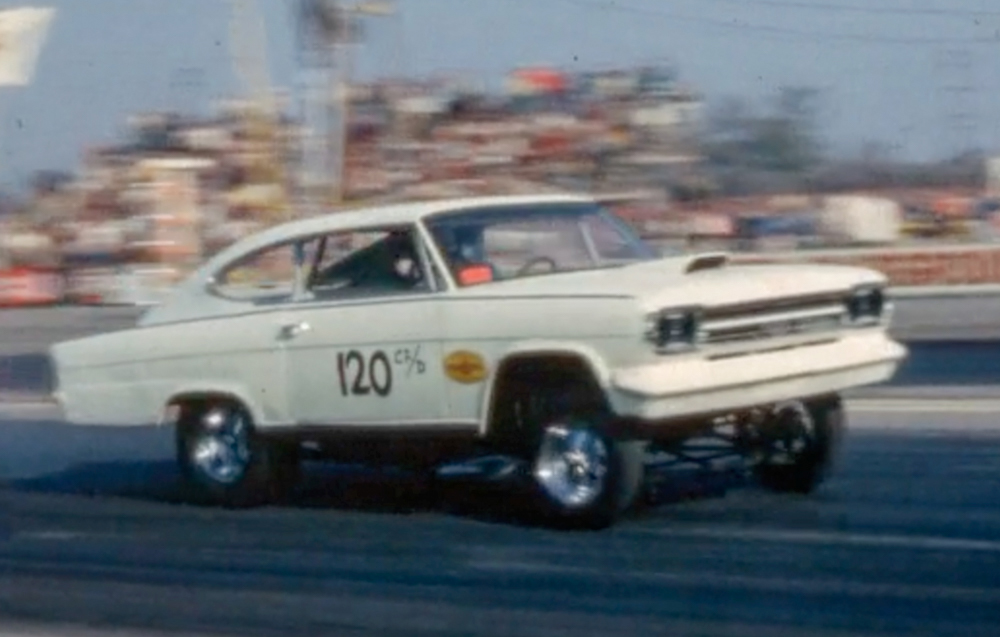 (Film and Words by Darr Hawthorne ) In 1965 Santa brought me a new 16mm Bolex film camera, rather than using my dad’s cameras any-longer. The first opportunity I had to use it was on the Pomona Raceway starting line at the 1966 NHRA Winternationals, I’d been granted an NHRA photo/media credential with my best friend, at 14 years of age, lucky I know. It was my third time on the line at the Big Go West. 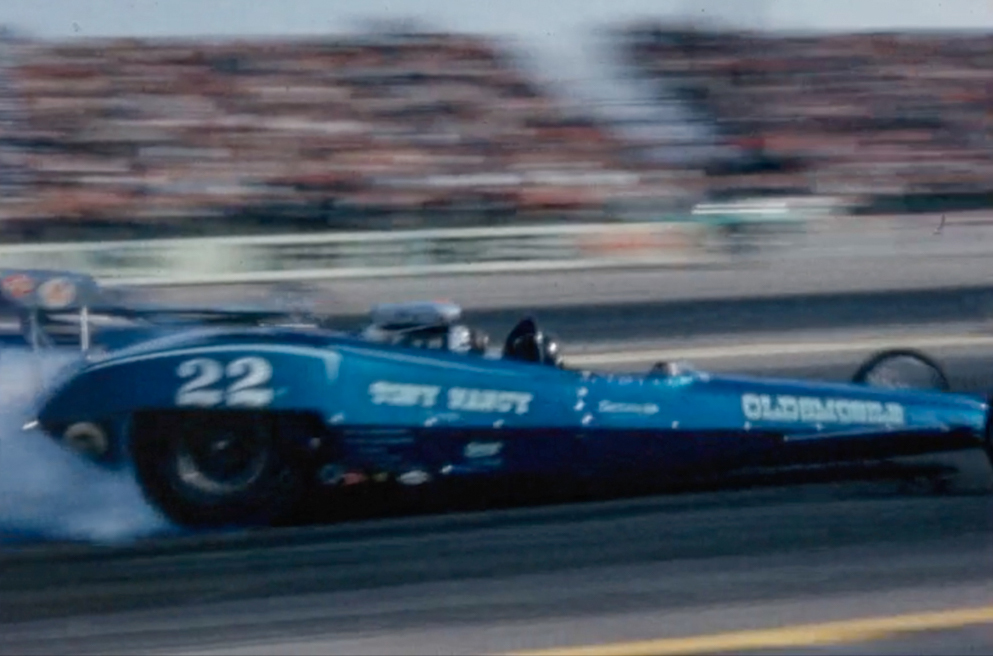 These ten minutes of original footage shows off some of the Top Fuel legends like the Greek, Don Prudhomme, Tom McEwen and Tony Nancy and event winner Mike Snively in Roland Leong’s Hawaiian. Leong recently said of the win, “Thats my wagon (at the end of the video). Must be 1966 and yes we won.” Leong added, “ After that we were on our way out of town going on tour to our first date and a ’55 Chevy towing a ’55 Chevy racecar side swiped a short bridge (while) passing us and then served into us. Wagon ended up upside down, trailer broke off and went about 1/4 mile into the desert. Both ’55 Chevy’s ended up upside down. Thankfully NO ONE got hurt.” Adding, “Thats my story and I’m sticking to it”. 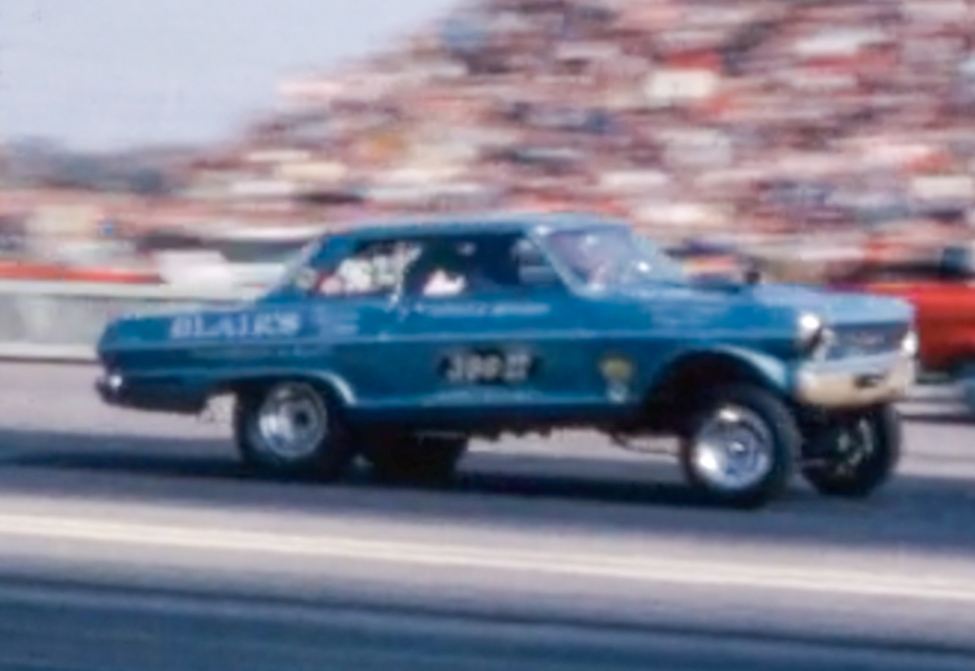 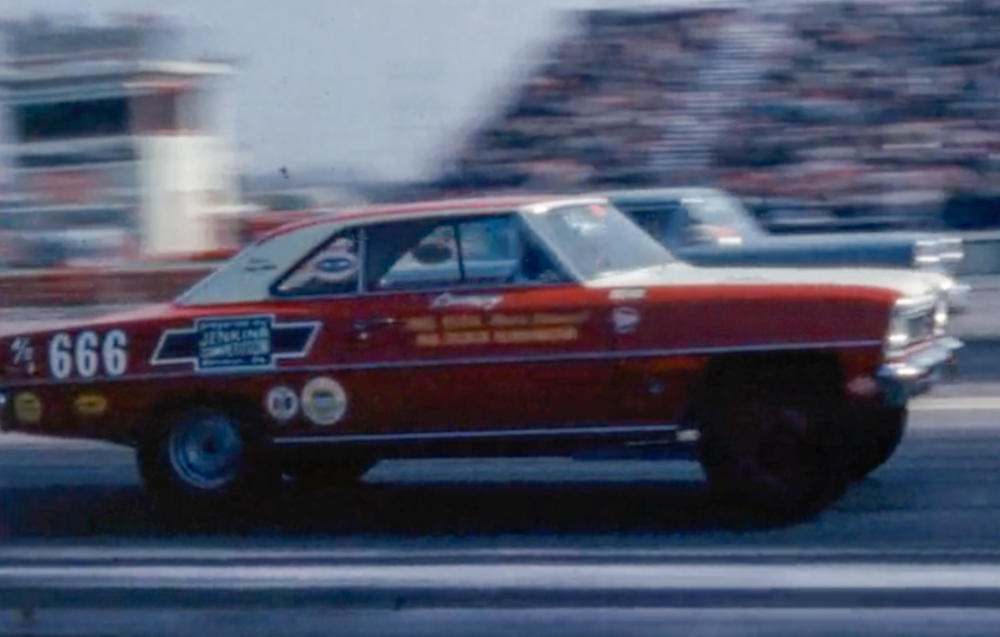 Along with them, was Super Stocker Bill “Grumpy” Jenkins in his ’66 Nova and event winner Shirley Shahan’s “Drag-on Lady” Plymouth Fury, the first woman to win a National Eliminator, at this Winternationals. 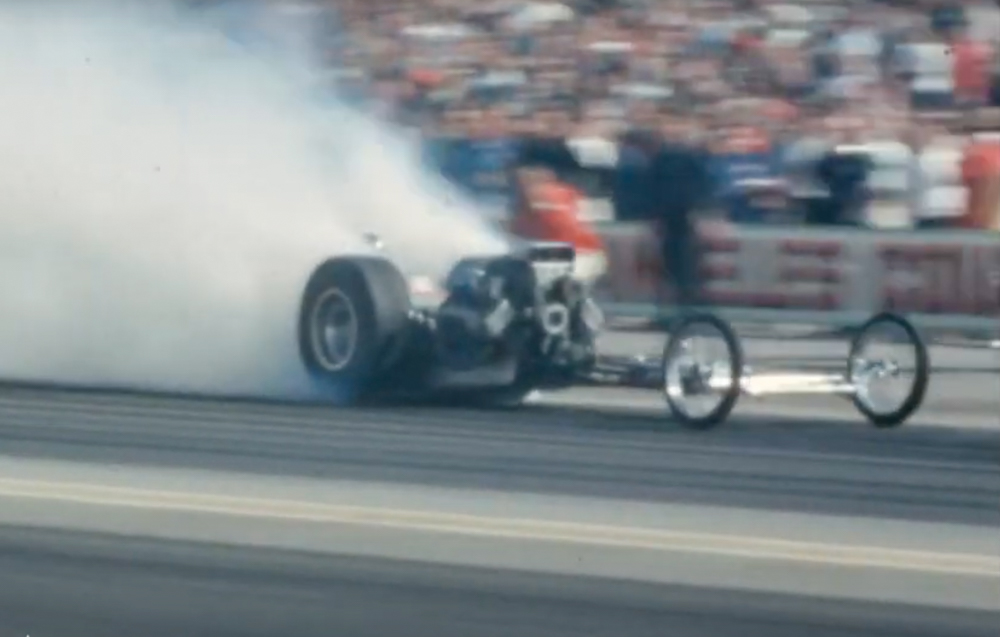 There’s Big John Mazmanian and Stone Woods & Cook with a bunch of AA/Gas Supercharged monsters as well as some early Modified and Comp Eliminator cars too, in front of the packed Pomona Raceway grandstands.

Grab a hot dog and a cold one for ten minutes in the Way Back machine for some long misplaced film from the ’66 Winternationals.

Thanks to Periscope Film (Los Angeles) for the digital transfer and dcml dnb for music!

First Wash In 12 Years! The $400,000 Ferrari That Sat Outside Is Getting Fixed Up, Here Comes The Suds. Murder Nova's LS/Procharged 1955 Chevy Maiden Voyage! This Thing Is ROWDY!