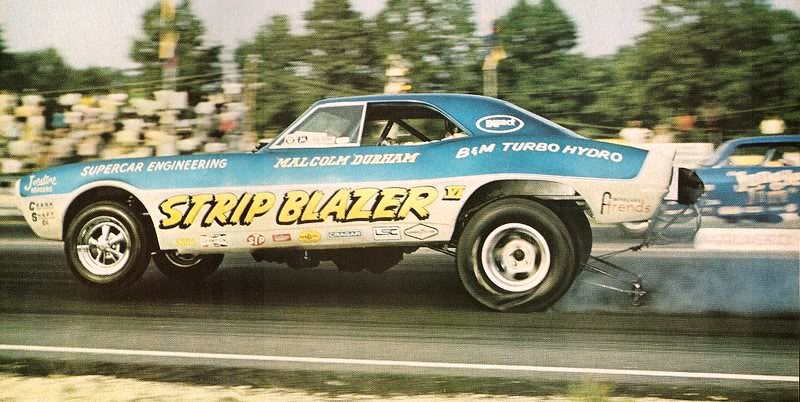 February is Black History Month, which got us thinking about men and women of color who have had an impact in racing. The first name that came to our minds is a legend in the sport of drag racing, and was in fact named #48 on NHRA’s Top 50 Drivers of All Time. That man is Malcolm Durham.  Durham’s accomplishments at the drag strip are legendary, regardless of race, but when you consider that he built himself into a drag racing superstar during the early 1960’s it’s even more impressive. Let’s face it, America was a different place then and many areas of the country were still dealing with tension, hate, and ignorance that resulted from the legal ruling against segregation only a few years earlier.

In spite of those hurdles, Malcolm Durham was a man who instilled pride and work ethic in his children, loved his wife, and mopped up drag strips with whatever competition wanted to face him. Malcolm started racing a 1956 Chevrolet back in 1957. In 1962 he switched over to a 409 powered ’62 Chevrolet, after moving from North Carolina to Washington D.C., and would campaign a brand new 1963 Z-11 Impala the very next year. It was the first in the Washington D.C. area and was the first car to wear Malcolm’s signature “Strip Blazer” moniker. 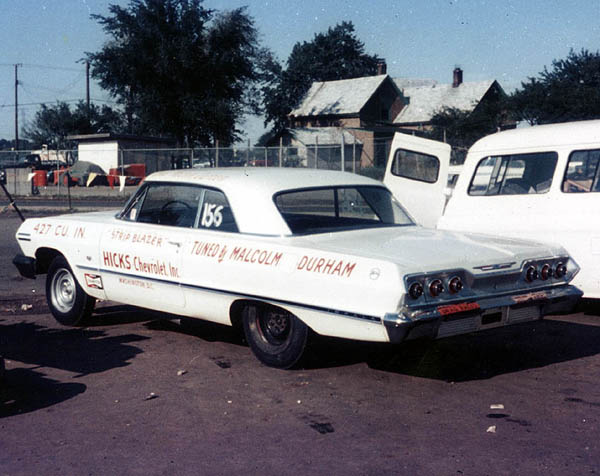 The next year the Z-11 engine went into a smaller and lighter 1964 Chevelle, and Malcolm was well on his way to greatness. By this time Malcolm Durham has inserted himself firmly into the match race scene and was taking down the big boys on a fairly regular basis. He raced with all the greats on the East Coast. We’re talking Jenkins, Sox & Martin, “Dyno” Don Nicholson, the Ramchargers, and more. 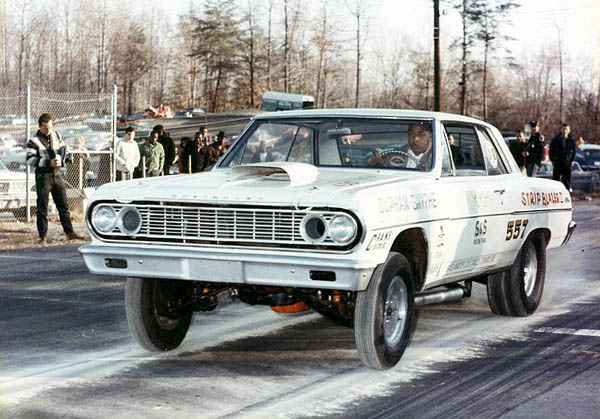 In 1965 Durham was part of the just starting to gain traction Funny Car revolution and added injection and nitromethane to his Chevelle and ran mid 9’s. He built his first tube chassis car, a 1966 Corvair A/FX “Funny Car”, and won the UDRA Nationals at U.S. 30 Dragway. After some modification this car ran in the 8’s with injection and nitro and later in the 7’s with a blower.

Durham’s biggest leap was to a 1968 Camaro that featured a Logghe chassis, the most high tech of the day, that went mid 7’s and eventually broke into the 200 mph zone in 1969. This was the hayday of the drag racing times we love to romanticize. When it was match race after match race, East Coast vs West Coast, famous rivalries and more. 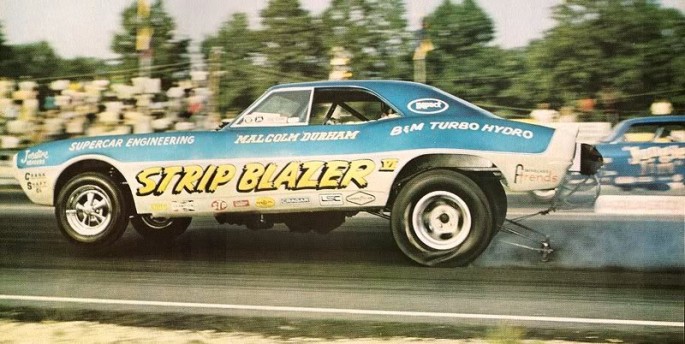 In 1973 Malcolm ran a Vega in Pro Stock that ran in the low 9’s, and that later ran in Competition Eliminator. 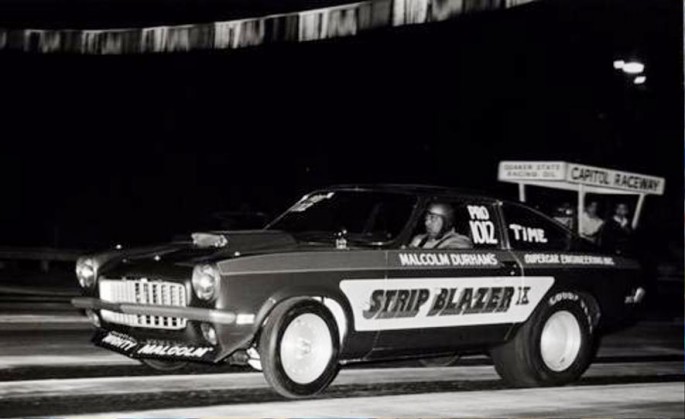 Always the family man, who involved his sons as much as possible in his racing, Malcolm took off from racing for about 10 years after running the Vega so that he could send his son Bernard to college.

He would return to Pro Stock racing in 1984 and 1985 but after a pretty serious crash at Rockingham he decided he was going to hang up the driving suit.

That didn’t last long. In 1989, well before all the Nostalgia Drag Racing craze got going good, Malcolm built a “nostalgia” version of his 1965 Chevelle and raced it some. Meanwhile his son Bernard, who was now out of college, was racing the former Pro Stock Vega in Super Gas.

For the Durham family, racing was a family sport. While Malcolm and Bernard were driving, brothers Byron and Raynard were building engines. In the early 2000’s Malcolm Durham still said that he would love to go back to racing professionally. He never got that chance as he passed away during the summer of 2006.

This abbreviated history of Malcolms life and achievements leaves out plenty of special, and important, moments but the video below will help give you a sense of the man he was and the impact he had on the racing world and his families’ world.

We hope that drivers like Antron Brown, Tom Hammond, Harold Martin, and Nicole Lyons ,understand what the Malcolm Durham, Tim Cooks, and Ronald Lyles of yesteryear did to help them get where they are. With the incredible diversity in drag racing today, which is unlike any other form of auto racing, you can’t help but appreciate what guys like Malcolm Durham have done for the sport.

Malcolm Durham, we salute you.

Video: The Duke Axial Piston Engine Is Weird And Cool The Bad Swede: Meet Oldvo A 1958 Volvo Duett PV445 - Dare To Be Different!