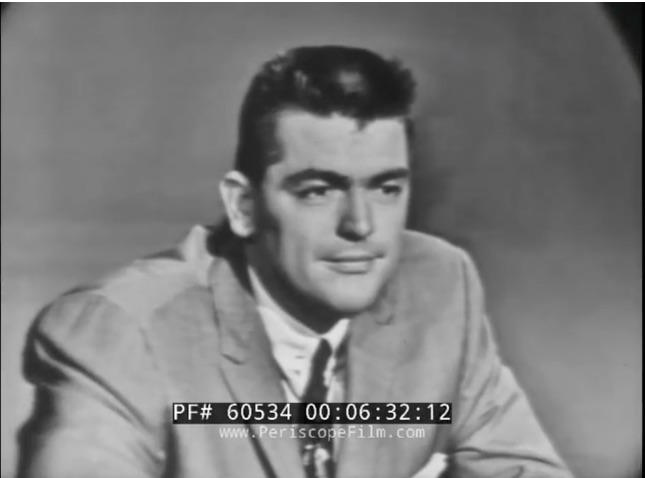 Decades after his untimely death, the hot rodding world still idolizes Mickey Thompson. Why? Oh likely because he is one of the greatest hot rodders who ever lived. A man of boundless ideas and energy he accomplished things as a racer, a parts manufacturer, a race promoter, and as an enthusiast that seem impossible just in terms of their volume! Thompson was already a rising star before running his historic 406mph speed on the Bonneville Salt Flats while chasing the world’s land speed record. It was that 406mph run that brought Thompson to the set of a show called “Adventure Tomorrow” that ran on the Los Angeles television station KCOP. The format is neat. Thompson is in the studio and they have a load of video from the salt during the 406mph campaign.

They talk a lot about the Challenger race car, they talk about Thompson’s background, his future plans, and what frontiers lay ahead for a man who was both brilliant and fearless. You’ll hear Thompson talk about building cars to race in the Indy 500 which was a place that his equipment never tamed, he was never truly welcome, and in the end, he likely regretted ever getting involved with. We have the ability to look back on all of the stuff that happened after this video was made and Thompson did not have the luxury to predict the future. What a life this man had.

So rather than run you over with words, why don’t you take a peek at the video below. It is 1960s cool, it stars Mickey Thompson and it has loads of footage from Bonneville you may have never seen before. A true trip back in hot rodding history.

2021 Goodguys Summit Nationals Presented by PPG: More Awesome Photos Of The Cool, Weird, and Fantastic Stuff We Saw It's National Stick Shift Day! Go Out There, Dump The Clutch, Bang Some Gears, And Teach Someone Else How To Drive A Stick!!!