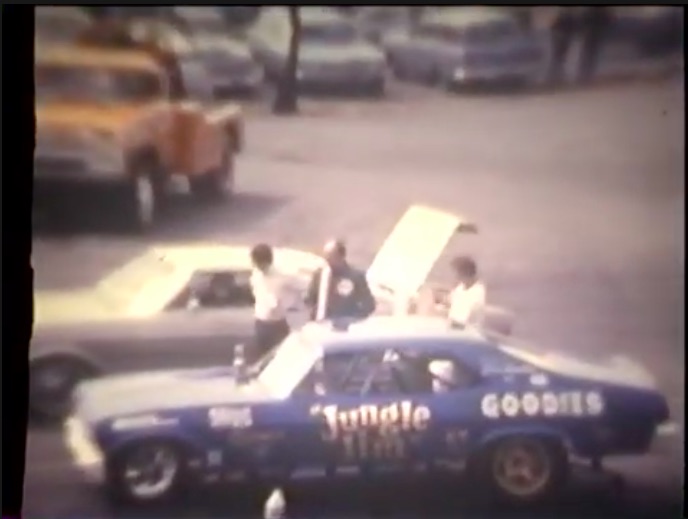 This is one of the most amazing compilations of 1960s drag racing footage we have ever seen…and we have seen a little bit. There is no sound as it is all 8mm stuff but the visuals are absolutely incredible. You will see virtually every funny car hero of the era, you will see super stock heroes, you will see cars that were famous, cars that were feared, and cars that were downright deadly. From Jungle Jim to Dave Strickler, Ronnie Sox, Eddie Schartman, Dick Landy, and the list is nearly endless. Funny cars lined up in a traffic jam, super stockers, junior stockers, gassers, and more. We’ve never seen anything like this.

For us, the fact that it is all east coast footage is even cooler as you will see very young versions of drag strips like Maple Grove, Cecil County, Atco Dragway, and York US 30 drag strip as well.

Typically we like to point out some specific stuff to watch for but the reality is that EVERY SECOND of this video has something else to make you stop and say, “OH WOW!” and it just keeps happening over and over again.

Put some music on, kick back, relax, and take a direct portal back to an era when drag racing was exploding with ferocity all over the nation. THIS truly is jaw dropping.