Mixing It Up: Tons Of Turbo Terrors Drag Racing At Olavarria In Argentina 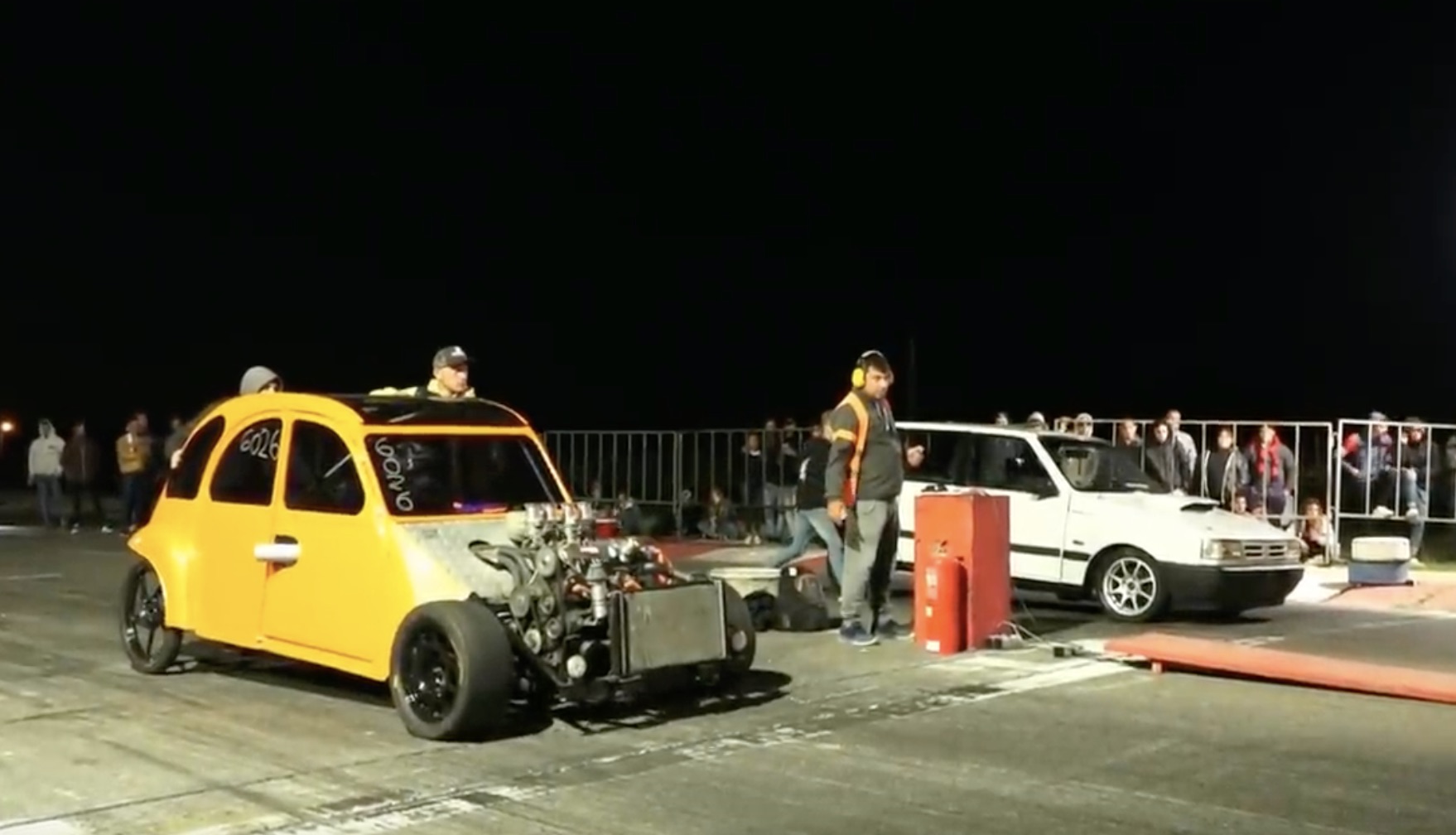 We’re into racing that occurs all over the world. Any type, anywhere. Doesn’t matter which continent, doesn’t matter what surface, doesn’t matter what kind of machine is used. We dig roto-tiller racing, for the love of all that is holy. But we’ve all got our facet points…Chad is local, Brian loves the Brazillian stuff and I dig Aussie machines. But we can look to other locations, right? South African V8 touring cars, the Liwa Dune hillclimbers, and the like all scratch an itch. But one place I normally don’t check for racing is most of South America. We’ve seen stuff from Brazil, with the mental Chevrolet Chevettes, but what about places like Argentina and Uruguay?

This footage comes out of Olavarria, Argentina and the drag strip at the Autódromo Sudamericano de Olavarria circuit, which is situated about 230 miles southwest of Buenos Aires. The strip itself is the Autodrome Dante and Torcuato Emilozzi, and far as I know, this is the first bit of racing we’ve seen from there. The mix of cars is something to behold…little Fiats that are turbocharged to the breaking point, the shells of cars supported by tubes that are literally all motor, even a Citröen 2CV. Not counting the Camaro that shows up, would you be willing to be the assistant who hangs onto the quarter panel to keep the car from rolling the beams?