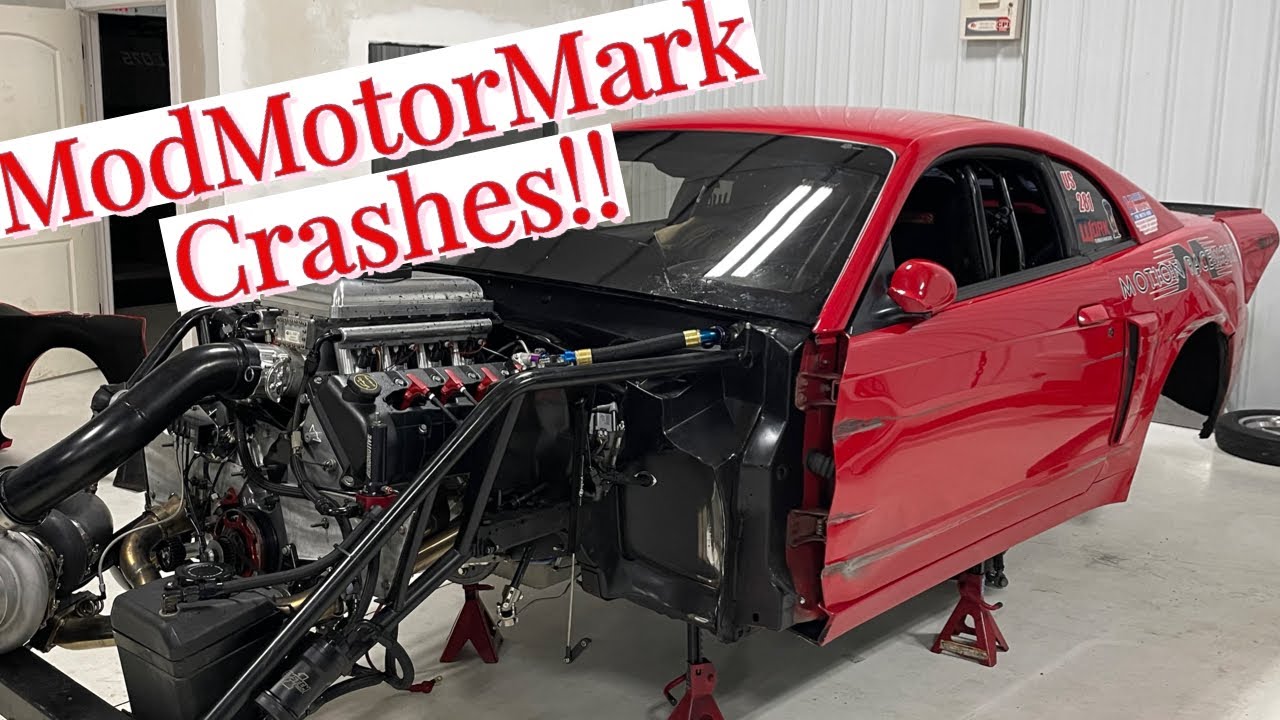 Slick conditions teach tough lessons when you get into a pedal fest in a drag radial car. Unfortunately that lesson is one that Mark Rogers recently learned while racing his car at Mooresville Dragway with Peter Harrell and crew on site doing support and tuning. This car is something special and is the subject of Peter’s “More Chains than Brains” series on the Real Good At Doin’ Stuff!!! YouTube Channel. Mark is a hell of a racer, an awesome guy to spend the weekend at the races with, and funny as hell when it comes to telling a story, even if this is not one he wished to have to tell.

Since Peter Harrell, owner of Harrell Engine and Dyno, the home of the Real Good At Doin’ Stuff!!! YouTube Channel, is the engine builder and tuner for Mark’s car, you knew you’d get fun footage of this thing running. Make no mistake, this car is badass and has been a major player in Ultra Street for the past couple of years. All with a combo that nobody thinks can run these kinds of numbers, but that Pete and Mark are dedicated to continuing to improve.

Check out their racing adventures, which were going pretty well until Mark met the wall. It could have been worse, but it certainly was no good.