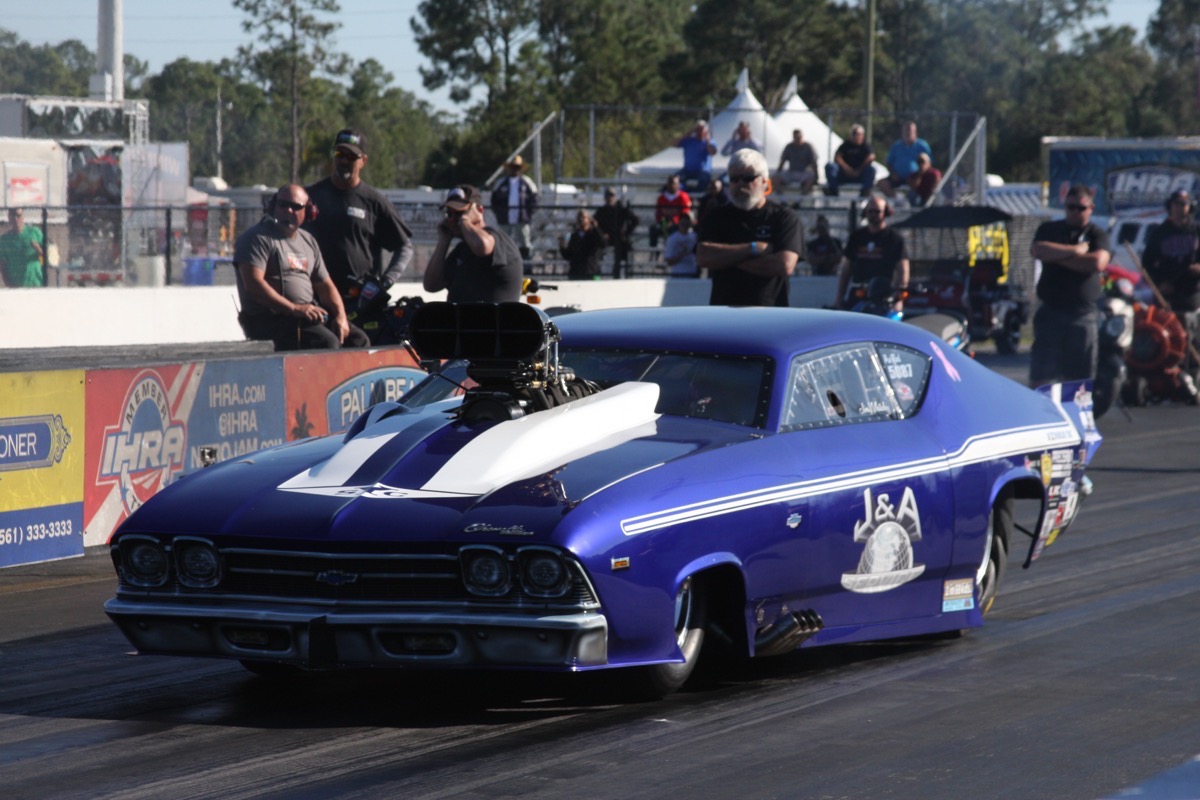 Boy oh boy, if you missed our live streaming coverage of the 2016 Bennett Auto Supple RPM First Blood event at PBIR last weekend, you really screwed up. It was pro mod heaven at the strip with record runs being made and teams that want to come out swinging in 2016 doing just that against each other in eliminations. There were $10,000 on the line and it came down to a bit of a shocker in the final round when the odds on favorite Jonathnn Gray suffered a mechanical failure on the starting line and rolled the beams. That gave Steve Whitely and his Norm Grimes tuned Caddy the free pass and the win light.

There were some scary moments as well. Canadian based racer Jim Bell struck the wall with a glancing blow after the finish line in his beautiful Mustang. It knocked the front end out of whack and mangled the body pretty good. We were told that Bell will remove the engine from the Mustang, place it in his former Camaro and hit Gainesville with that setup.

Outside of Bell, who we feel terrible for but was dealing with the situation in his normally positive way virtually every team at the event either improved steadily or worked their way through early issues to finish strong. It was an amazing event and really sets the stage for a brawl at Gainesville for a couple of weeks.

We’d like to extend a sincere thanks to the RPM board and PBIR for allowing us to be at their event and bring all of you the live coverage that we did. We’ll be back next year (if they let us!)