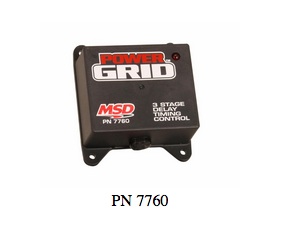 Now is the time of the year when race cars are making their final hits, guys are trying to take advantage of great air, and people are making plans on what they’re going to change out for the next season of competition. That’s why MSD has just dropped the knowledge on this cool Power Grid 3-stage delay timer which is a great new piece of the puzzle for racers looking for maximum control over their engine timing when heading down the track. As technology surrounding power adders and other aspects of drag racing continues to advance, MSD is keeping up with the pace to allow racers to make the best use of all that newfound power with products like this.

Having three available circuits to us, each can be set to activate and deactivate at different times after launch, via engine RPM, or even both aspects. The activation and tuning of this device is handled through the widely acclaimed MSD View software racers use to tune all of the other various functions of the MSD PowerGrid. This module is designed to easily connect into the communication network of the PowerGrid to get you up and running fast.

MSD’s PowerGrid really changed the way that many racers looked at tuning their cars as it took what was (at the time) unreachable levels of access to many and brought it right to the masses. With products like these, the control afforded racers in the pits continues to grow. The smart guys in El Paso continue to think up cool stuff and the beneficiary at the end is the racer. This could be a neat addition to any racer’s arsenal for the 2015 season. 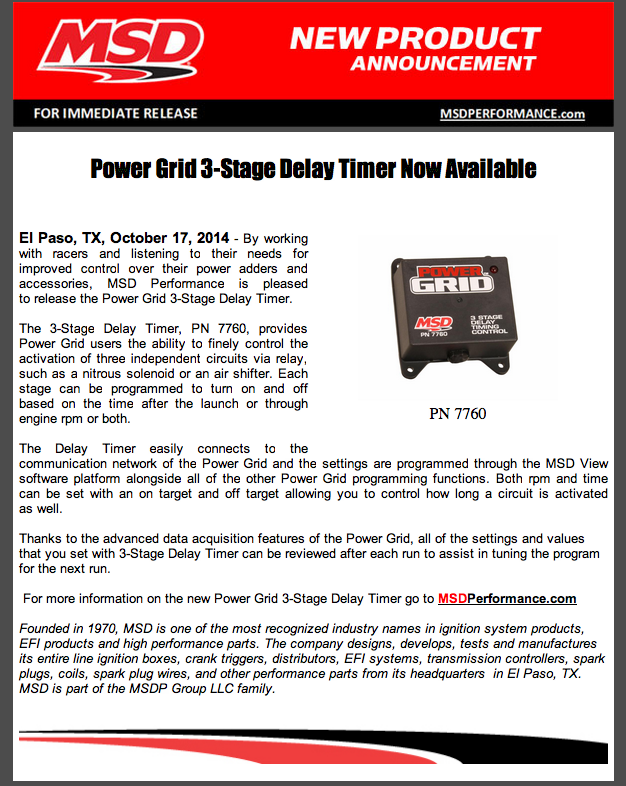