Best of 2018: Check Out This Diesel Longtail Racing Boat As It Gets On The Boost! 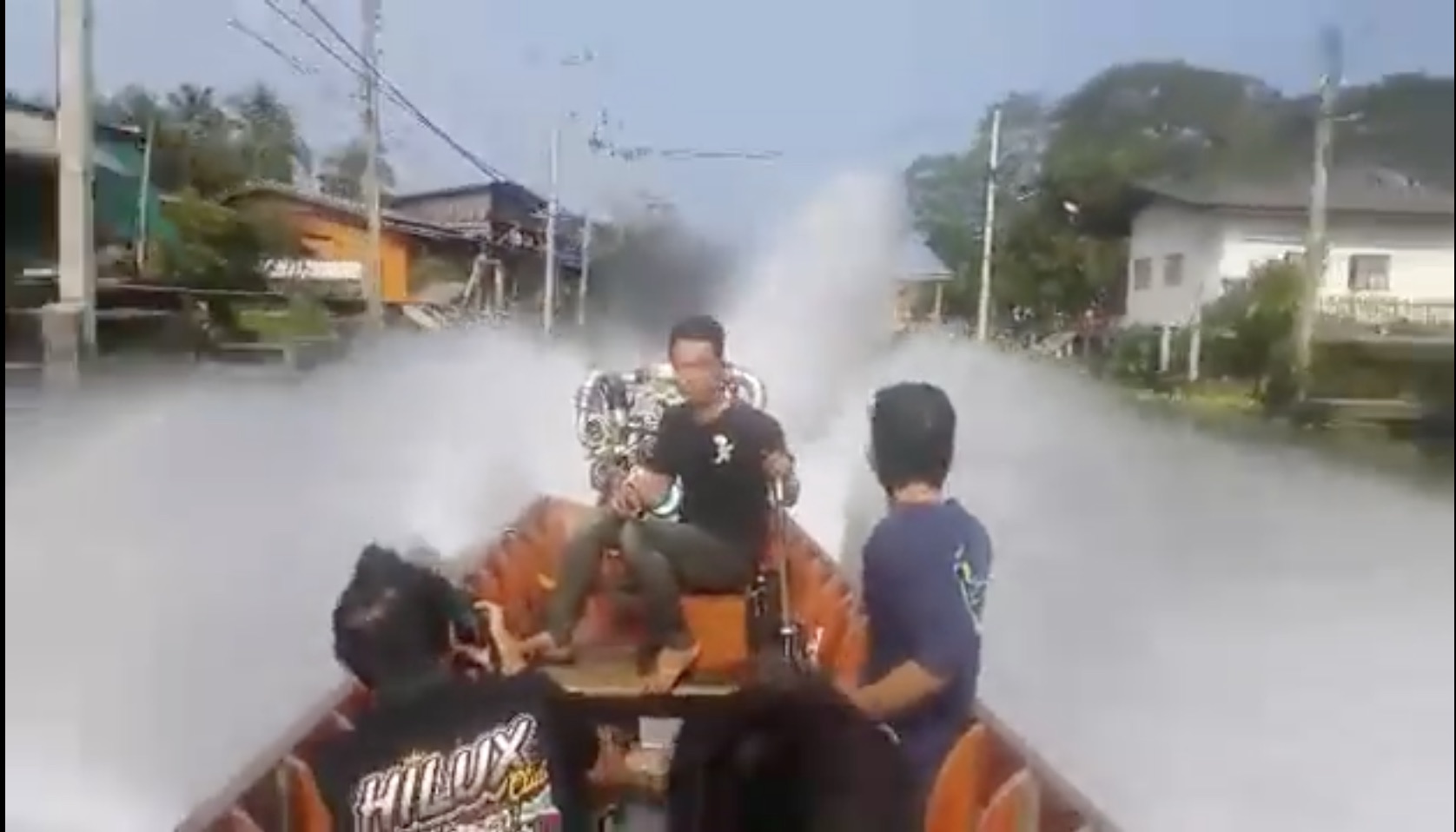 Here’s a scary thought: pull the engine from a small diesel pickup, put the screws to it until it’s a coal-rolling beast, stick it in a long, shallow draft boat that’s barely wider than a canoe, and hit the throttle at full tilt. That’s the long-tail boat in a nutshell. It’s a Southeast Asia phenomenon, and the main requirement seems to be a secondhand engine of some kind from an automotive source. It’s kind of like an airboat to the Everglades: fast, loud, and potentially dangerous. And as you’ll see here, ballistically quick. What looks like a calm day hanging out on the water quickly becomes one gigantic roostertail of water vapor as the pilot gets the boost going on that diesel hanging off of the back end. Can a speedboat move out just as quickly? I don’t know, but I do know that no other boat out there will induce a serious pucker factor quite like this thing can! This is a longtail that is modified for racing…yeah, they actually do that too…and using the passenger’s hair as an indication, this contraption can haul some serious mail.

I’d pay good money to watch one tear across Lake Washington during Seafair week in Seattle just once.

(Thanks to Kevin Brown for the tip!)

Best of 2018: Watch As This Barn-Find Fiat 850 Spider Gets Drug Out And Brought Back To Life Best of 2018: Behind The Pit Wall For An American Endurance Racing Miata

4 thoughts on “Best of 2018: Check Out This Diesel Longtail Racing Boat As It Gets On The Boost!”