Vintage Video: This News Report From The 1981 AHRA World Finals Is Cool! 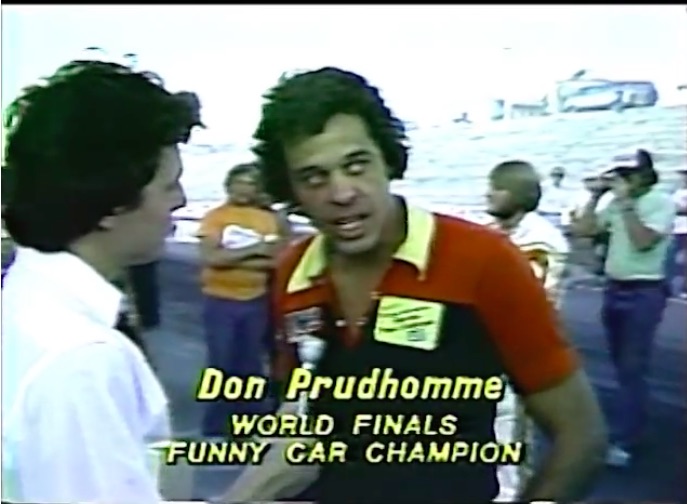 The spectator numbers are surely weird, the news reporter is a little confused, but this news report from the 1981 AHRA World Finals is awesome. Why? It shows all of the final rounds and includes winner’s interviews post race at the starting line. Muldowney, Prudhomme, and Jerry “the King” Ruth all got the job done along with Jerry Haas in pro stock!

By 1981 the wheels had really started coming off the AHRA train. Yes, this race was run to packed grandstands but that was not the normal case, nor would it ever be until the company folded up just a couple of short years later. Ruth, one of the Northwest’s finest top fuel racers proved that his success was not limited to the old machines of the 1960s or 1970s with the win over Muldowney in the final round. That’s regional pride and good old local guy fighting spirit right there.

The funniest part of the video is the announced crowd of 46,000 people. Fenway Park in Boston does not seat 46,000 people and compare that place with the cozy seating arrangement at Spokane Raceway! Funny stuff. The race was definitely a success and we can buy a three day crowd of 46,000 but the overall event attendance was announced as over 100,000!

This would be the last World Finals that AHRA founder and leader Jim Tice would ever see. Diagnosed with cancer late in 1980 he would be dead by the time the 1982 finals happened. The company went into a tailspin after his death, finally petering out during the 1984 season.