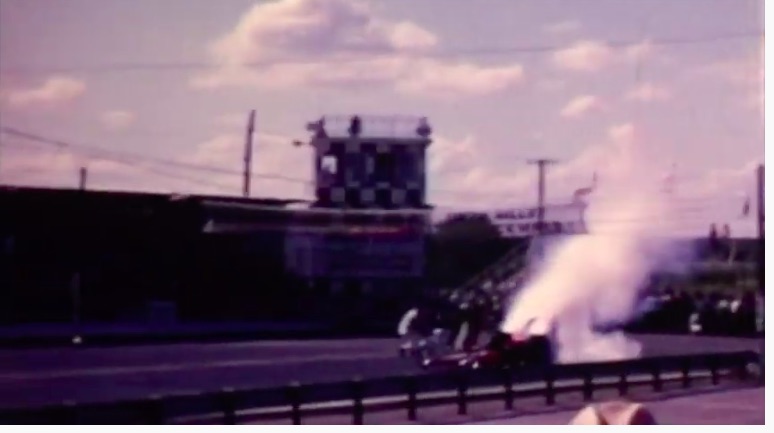 We’re kicking off the day with some spectacular footage from the 1965 NHRA Spring Nationals race at Green Valley Raceway in Texas. This footage has gas and fuel dragsters, gassers, early funny cars, and even Bob Sullivan in his blown, fuel burning Panedmonium Barracuda, a car we don’t think we have ever seen actually running at full steam on video.

Green Valley was a neat place. Opened in 1960 and running all the way into the middle 1980s, the track was located outside of Fort-Worth and actually stood toe to toe with one of the more ill-fated strips ever built, Dallas International Raceway. The tracks even ran on the same weekends back then, effectively entering into war with each other. Green Valley survived about a decade longer than the “modern super track” that seemed poised to snuff it out of business.

There are loads of different classes shown here. The backup pickup, and even the early match bash style funny cars that were exploding in popularity at the time. If those cars look rough and tumble, don’t be fooled, they were rough and tumble. Built by young industrious guys with no money and lots of ideas, they were rolling test labs and development experiments that would lead the sport ahead.

So, without further adieu, let’s go back to 1965 and see cool stuff in Texas!