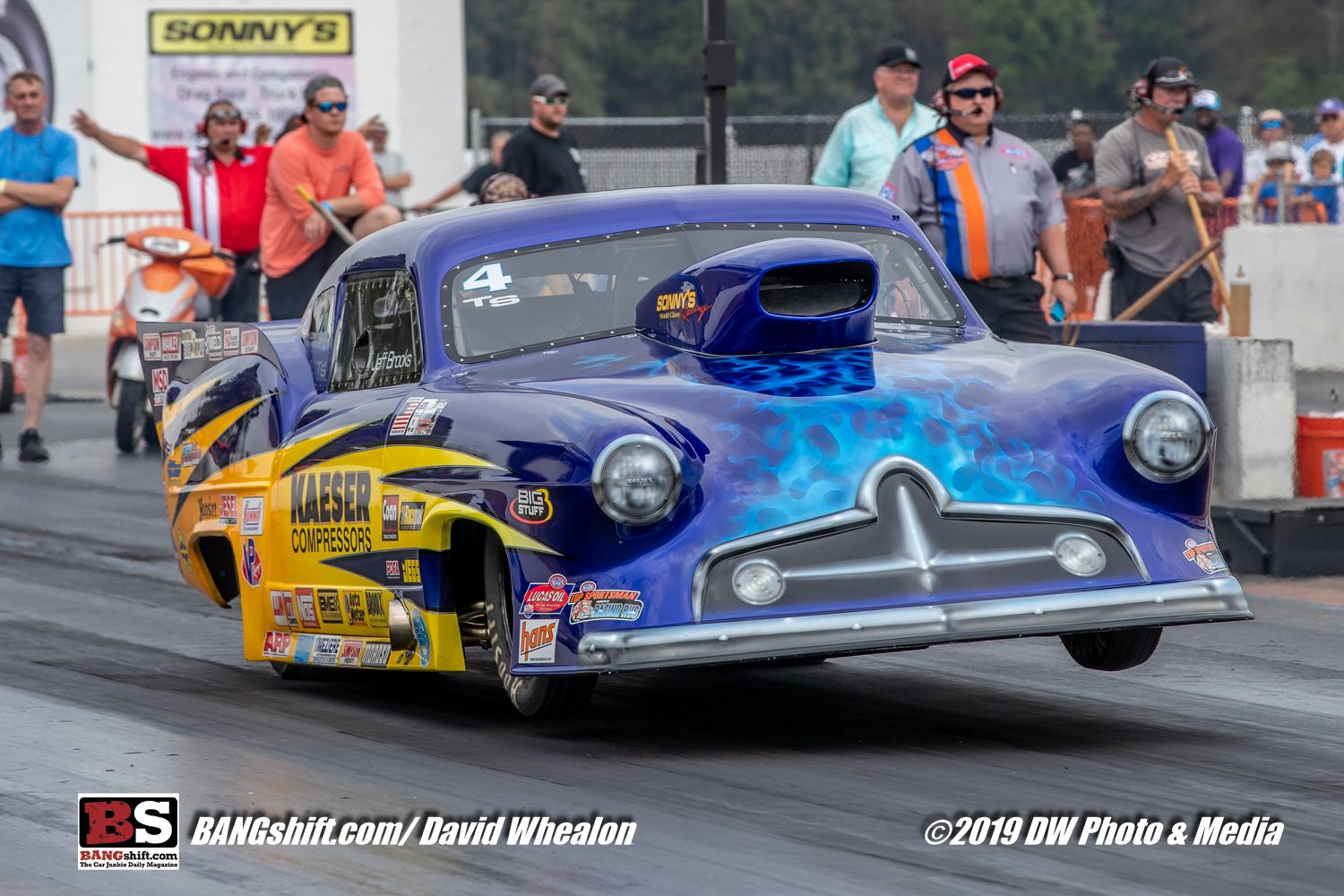 (Words by Greg Parker-Photos by David Whealon) Wow!! What a weekend of racing with the NHRA Division 2 invading GALOT Motorsports Park. With over 350 cars competing in a total of 11 different classes, there was enough speed and competition to go around. Here is a recap of all the winners and runners-up in each of the classes (in no particular order).

There were 3 different classes of junior dragsters running in this event. Let’s start off with the youngest of these, the Novice juniors. In the finals, it came down to Aaron Kennedy and Beau Sims. Both drivers went red on the tree, but Aaron went red first, handing the victory over to Beau Sims.

In the Intermediate juniors, Kyle Chapman faced off with Alyssa Rabon. Chapman dialed up a 8.92 and Rabon was trying to run 9.06. Alyssa took a good starting line advantage, and Kyle was trying to play catch up, but unfortunately could not make up the lost ground. Alyssa Rabon is the event winner for the Intermediate juniors and Kyle Chapman is your runner-up.

Now let’s take a look at the big cars that ran 1000’ instead of our usual 1/8 mile.  Competition Eliminator is up with the finals featuring Van Puckett and Joel Warren. Puckett took a big starting line advantage and used it to rocket himself to the victory in Comp Eliminator.

In Super Street, Michael Harris lined up in the finals with Charles Aldrich. Working with a 9.35 index, Aldrich takes the advantage at the tree with a .003 light against Harris’ .032, but Harris made up the lost ground and ran a 9.632 to the 1000 foot mark while Aldrich couldn’t quite get to the index. With a smaller total package, Michael Harris is your Super Street winner and Charles Aldrich is your runner-up.

Over in the Top Sportsman ranks, Ronnie Proctor was showing all day why he has the number 1 on the side of his car. On the other side of the tree was another car that ran strong all day long, the car of David Tatum. Ronnie was .044 on the tree, however, David turned on the red eye and handed the victory over to Ronnie Proctor.

The Super Stock final featured Lee Truell and Cameron Tingin. Tingin runs a 5.790 on a 5.78 dial with a .051 reaction time, and Truell runs 7.895 on a 6.35 dial, but red lights it away by .006 seconds. Super Stock winner tonight is Cameron Tingin, and runner-up spot goes to Lee Truell.

And last, but certainly not least, the Super Gas class. John Labbous lines up next to Raymond Miller III, who is trying to double-up for the event. Both drivers trying to hit the 8.55 index at 1000 feet, Miller has a .013 light and runs 8.566, while Labbous has a .023 reaction time and runs 8.549, breaking out and getting to the line .001 seconds too soon. Your Super Gas winner (and doubling up for the weekend) Raymond Miller III and the runner-up is John Labbous.

The management of GALOT Motorsports Park would like to thank everyone that made this event happen. The NHRA Lucas Oil Divisional Series, all of the drivers and their teams, the sponsors, the fans, the staff, and the spectators. Without your support, we could not do what we love to do, this thing called DRAG RACING!