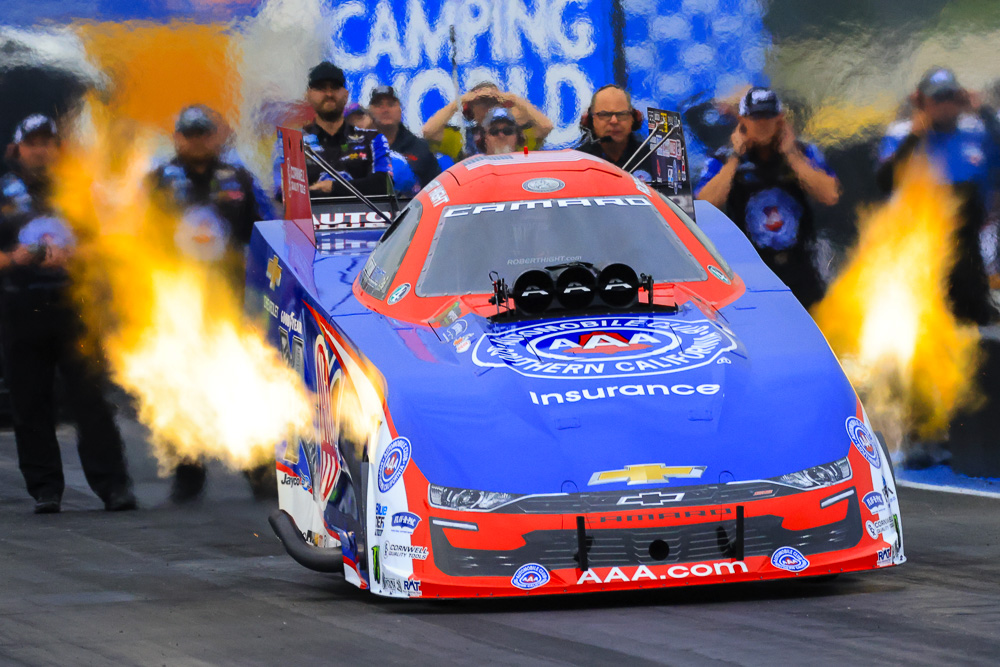 (Photos by Wes Allison) – If there was one most awesomely shocking event at the 2021 TascaParts.com NHRA New England Nationals presented by Bandero Premium Tequila it was Terry Haddock’s unexpectedly crazy day in nitro funny car. With the short field of cars there was a second round bye run available and when Haddock lined up against Ron Capps in round one, we all kind of knew who was getting that bye.

Then Capps car caught fire down track, then it was shooting sparks out of it, then Haddock made a run for him and hucked the blower belt off. In a moment that caused the fans to freak out, Haddock coasted over the over the finish line first and won his first funny car round of competition since 2005 (Haddock did advance in Charlotte but came in second in his quad so he did not “win” the round). With the bye he advanced to his first ever semi-final. It was nuts.

Check out these awesome images from the race!

A Trip Back In Time: This Incredible Drag Racing Film Shows Guys Like Connie Kalitta, EJ Potter, The Arfons Boys and Others As Kids! Hatch Attack: The 11th Generation Honda Civic Will Continue On With A Hatchback But How Hot Will It Be?