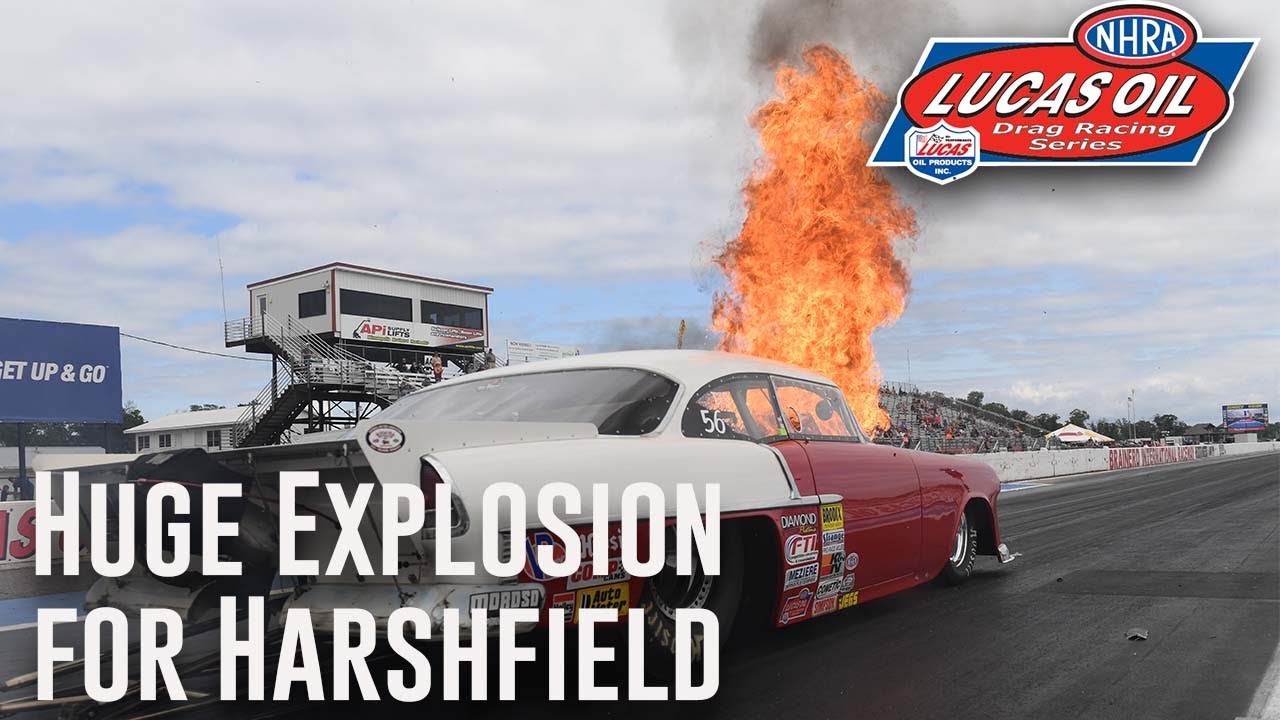 We never like seeing people tear up their race cars, and especially don’t like seeing anyone get hurt, but NHRA certainly got some spectacular footage of some carnage at Brainerd this weekend. First off is the big nitrous back fired and subsequent intake explosion that caused a big fire for Kurt Harshfield in Top Sportsman. The footage shows the insane power that one of these backfires has as it launches the hood scoop off the car and a hundred feet into the air. The explosion cut fuel lines which is what caused the fire, but thankfully being on the starting line means a very quick response from the NHRA starting line staff who got the fire out before it could cause even more damage. Definitely not how Kurt wanted to end his weekend though.

The second is far more expensive and could have been scarier, but thankfully Doug Gordon walked away after this crazy top-end tumble in his Top Alcohol Funny Car. After making a run that had him mostly out of the groove near the wall in the right lane, Doug’s car made a hard left turn as it crossed the finish line when he stepped off the throttle. The left turn was so abrupt as to flip the car over and he hit the opposite wall upside down and spun around on top of it. The car is a total loss, but the crash could have been even worse and we’re glad to see that he walked away.

Again, we hate seeing people have their rides tore up but are glad that both of these guys walked away and will be back at it racing another day.

Ignition How To: How to Install The HyperSpark Ready-To-Run Distributor v4 HAGAN AND B. FORCE SECURE NO. 1 POSITIONS AT LUCAS OIL NHRA NATIONALS IN BRAINERD - Full Qualifying Results

One thought on “Ouch! Starting Line Explosions And Top End Crashes From Brainerd”