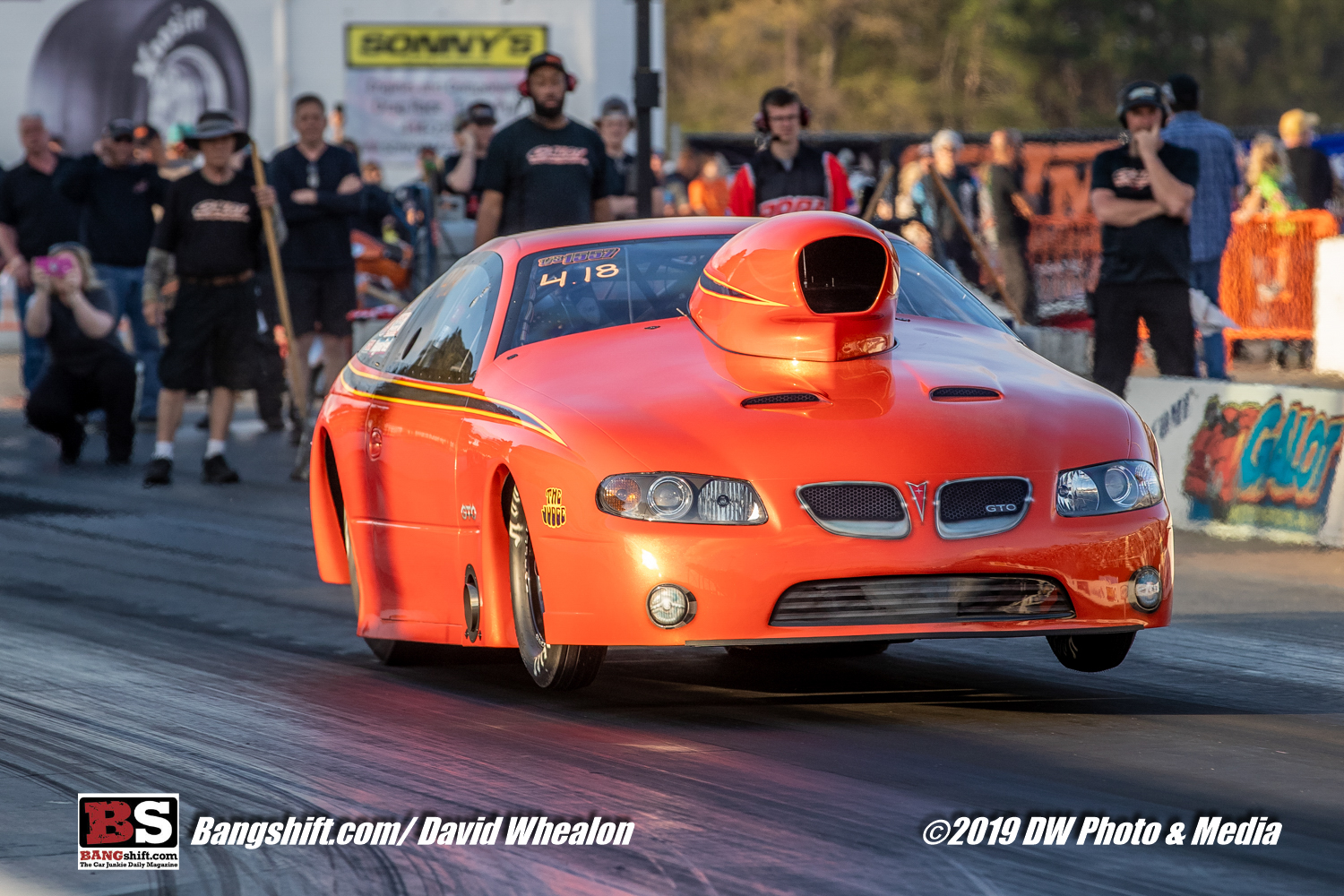 (Photos by David Whealon) – We had some lingering photos left at the tail end of our PDRA East Coast Nationals coverage and David Whealon who was the many that created these images was like, “Hey…what’s the matter for you?!” After several intimidating phone calls and emails I gave in to preserve the health and safety of my family and so you could see some more cool drag racing photos! Just kidding on the intimidation, Whealon has much better things to do than harass us at the home office over killer photos. In fact, the guy is gearing up to shoot some four wide drag racing action this weekend in Charlotte as the NHRA tour rolls into his state of North Carolina.

The PDRA season opener was a rousing success. Yeah, they had to deal with some weather but that did not slow the racers down, the track was fast, and while it did not run on the intended schedule because of Mother Nature, everyone left excited to see what the rest of the 2019 PDRA season, dubbed “The Road To The Finals” has in store.

Enjoy these images from GALOT Motorsports Park…and David, we promise these are the last of them. Please don’t leave a horse head in our bed tonight.

Viva Las Vegas 2019 Photo Coverage: The Desert's Craziest Car Show Was Even Better This Year! American Powertrain Has A New Website: Check Out The New Look And Their Expansive Lineup Of Products