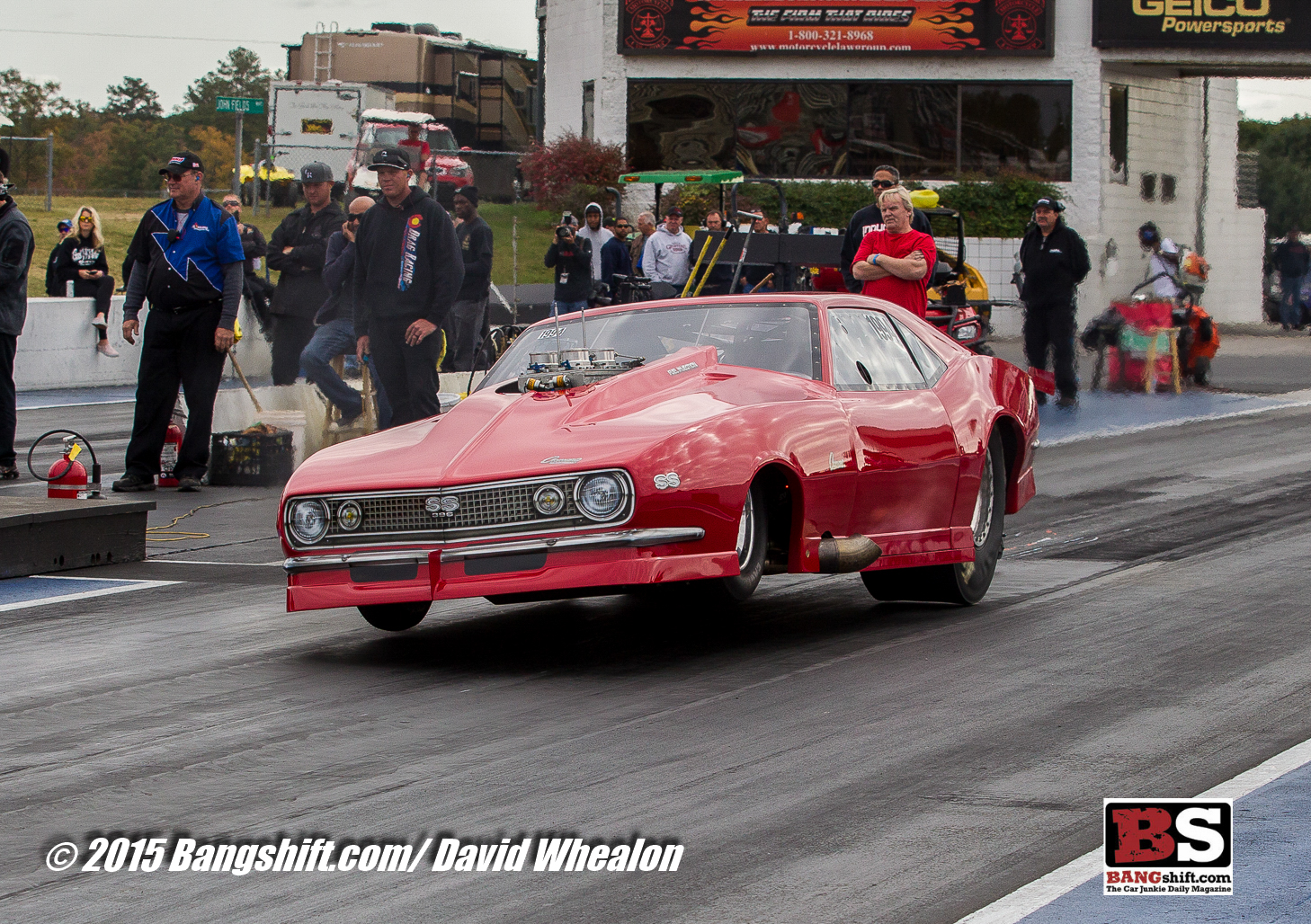 (Photos by David Whealon) – Last races of the season always have an interesting vibe to them, right? On the one hand there is all kinds of anticipation regarding who will win titles and claim ultimate victory but on the other side there is a “let it all hang out” aspect to these events that is undeniably fun. The go for broke element of knowing that you won’t be competing again until the next season certainly lends itself to big numbers and wild performances. Such was the case at the 2015 PDRA World Finals held within the spacious confines of Virginia Motorsports Park.

The eighth mile sanctioning body drew more people into the stands at VMP that it seemed that they had done all year, potentially a good sign for the series with rich payouts and a need to cover them. In this collection of photos you will see some dragster action and some of the awesome motorcycles that PDRA has on their docket as well. Really from top to bottom the PDRA puts on a great show and while the crowds have been thin, the action on the track has been anything but. You could nearly count on records being hammered at every single race this year and that makes for exciting times in the sport, that is for sure.

We cannot wait to see several of these heavy hitters at out live broadcast of the 2015 Street Car Super Nationals next week from Las Vegas. Until then, check out the photos below.