PDRA World Finals: Our Last BIG Blast Of Action As We Make Final Preparations For Vegas 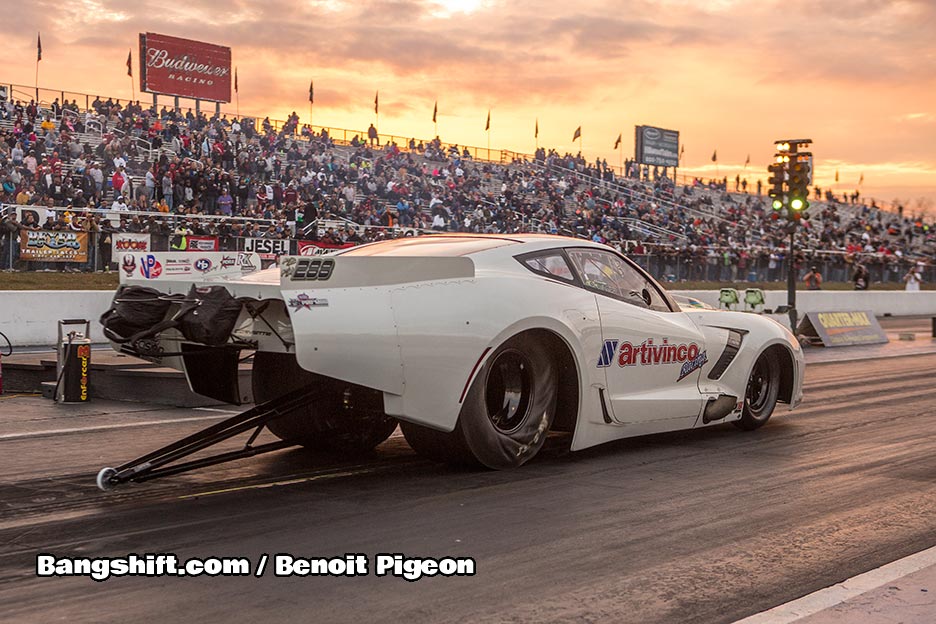 (Photos by Benoit Pigeon) – Just when you thought it was safe to go outside, we have one final massive blast of PDRA World Finals from our pal Benoit Pigeon. Benoit has been covering the east coast pro mod scene like mad for us over the last few years from PDRA and EOPM action to photos from events like the Bg Dog at Piedmont and others, he’s really been awesome. It is no surprise that his stuff from the 2015 Brian Olson Memorial PDRA World finals has been spectacular.

While these photos represent the end of the PDRA season they do not represent the last time you will see all of these cars until the 2016 season starts up. That’s because lots of them will be running at the 2015 PSCA (Premier Street Car Association) Jegs Street Car Supernationals presented by Chris Alston’s Chassisworks this weekend and we’ll be LIVE streaming the whole thing starting this Thursday! Enjoy the door slammer stills here and then remember to tune back in (using the link on the front page!) to watch!

Click the images below to enlarge them and then scroll through them all!