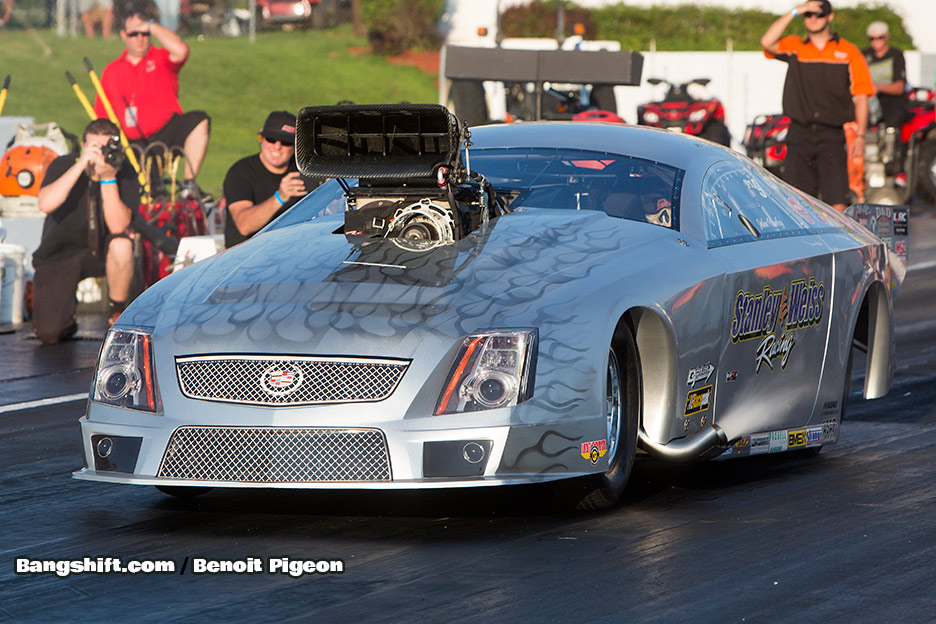 (Words and photos by Benoit Pigeon) – This past week end was the ﬁfth event for the PDRA and to say the least, it was a major one. In the subdivided pro mod family, an astonishing 77 cars showed up, divided in the three classes,  Pro Nitrous, Pro Extreme and Pro Boost. Pro Nitrous was a big attraction again, not only because it had 32 contestants for the 16 cars ﬁeld, but also because Jason Harris and the War Bird came in after winning the four previous races. And Jason was again in the ﬁnal but the War Bird had fought hard during eliminations, sustaining damages and not enough was left to go after Lizy Musi’s 3.88. It was the ﬁrst win for Musi who is new to the class this year.

In Pro Extreme Brandon Snider defeated Tommy D’April in a tight race, the ﬁrst win of the year for the Alabama resident. This race was also the ﬁrst event for the long awaited debut of John Stanley’s brand new and unique Cadillac. Pro Boost saw Kevin Rivenbark win his first event driving his Galot Motorsports blown Mustang over Joe Baker and his wild Studebaker.  Rivenbark also eliminated current leader, Todd Tutterow in the semis. Tutterow will stay first in the points and Kevin second, only a little closer behind when entering the next event in Tulsa. No turbo car survived the first round, however, Kevin Fiscus and his Turbo Mustang from Jacksonville, FL had the top speed of the class for the week end at 199.40mph.

The series will be back to Virginia for the ﬁnals in October and it is very reasonable to expect very fast runs with the cooler weather. See you there. 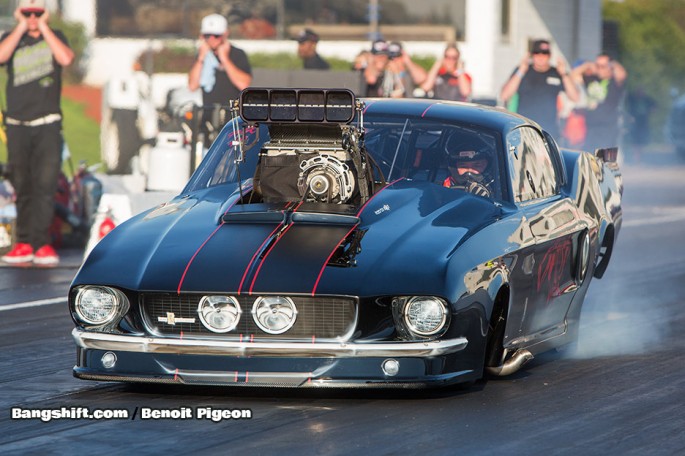