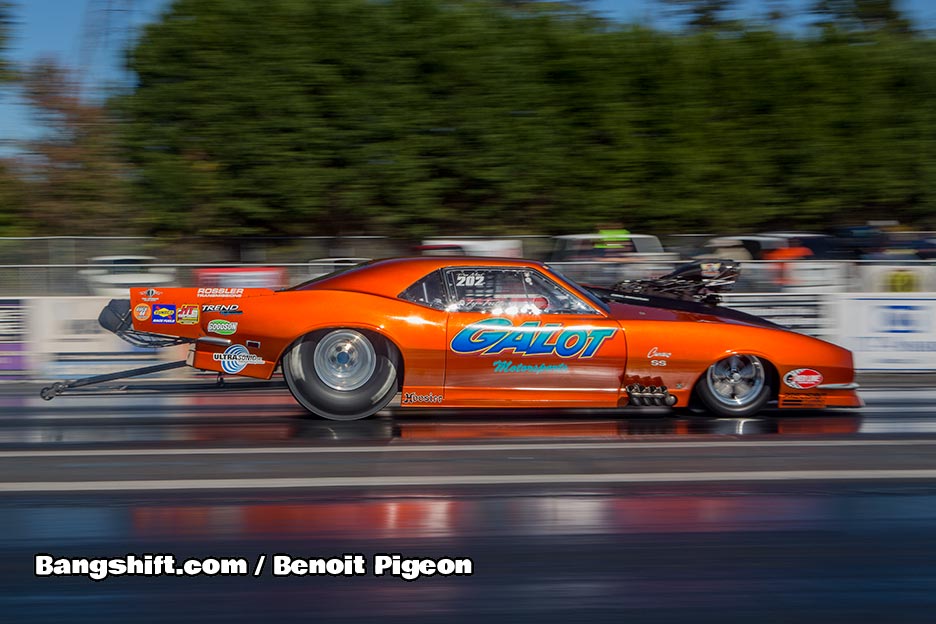 (Photos by Benoit Pigeon) – Yesterday we showed you the first of a couple great galleries of images from Benoit Pigeon’s recent visit to the legendary Piedmont Dragway in North Carolina. The eighth mile strip is no stranger to hairy door slammer activity as the host of the legendary “Big Dog” challenge that was really one of the last huge independent pro mod races that drew cars from all over creation to compete. Prior to the ADRL, XDRL, and PDRA there wasn’t a real defined series for those guys to run in but there were iconic events like the Big Dog that were the places that the big names laid down the big numbers.

The Big Dog is still on today and while it isn’t as prominent as it once was, it sure draws out cars from the Carolinas that are designed to do one thing. Destroy an eighth mile of distance as quick or quicker than anything of their type has before. You will see some familiar cars in this collection of photos like the 1955 Chevy of Charles Carpenter and others. Yes, the legends still show up to run for the Big Dog…and so do we!

Watch This Nitroused 5.0 Mustang's Rear Tire Explode On The Dyno - This Is Why You Don't Get Too Close! This Chevelle Is On Two Wheels At Least 10 Times And Doesn't Hit Anything!!!