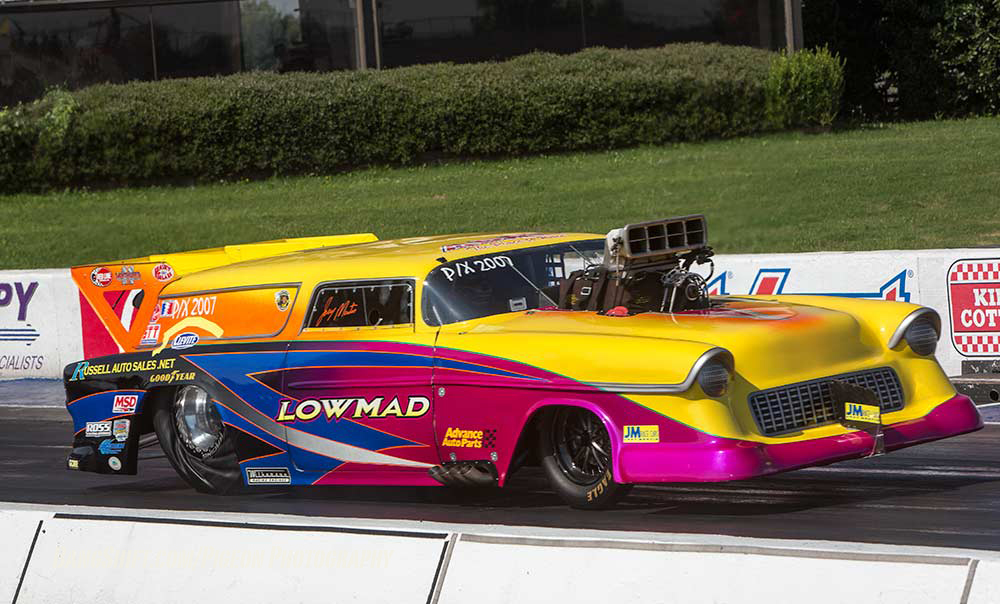 If you like fire, nitrous purges, blower whine and 3 second 1/8th mile drag racing passes, then you are going to want to check out this great gallery of photos we got from Benoit “The Frenchman” Pigeon. He’s a very talented photographer, and super nice dude who loves Pro Mod racing, and it shows in his photos. If you get the chance, you should be attending an ADRL race this year, because they put on a great show.

(Photos and Text by Benoit Pigeon)

Memphis was hot, rainy, humid and long, but full of action. To top all this, rain delayed the eliminations allowing for two evening shows for the large crowd rather than just one. Pro Extreme had no less than 27 cars attempting to qualify, which is one of the largest we have ever seen.

Joey Martin aboard the fan favorite Lowmad had two incredible passes with a speed of 216.27 mph and then backing the performance with a 215.55 mph pass. In qualifying Steve Georges had his very popular school bus turn to a ball of fire which led to it eventually hitting the wall. The car had a lot of damage but the driver came out safely from the car.

In the final, D’Aprile and the red Corvette took the win light over Bubba Stanton’s yellow Camaro.

Pro mod was a hot topic as well with a visit by Chris Rini from NY. With his car back from the shop, Rini started with an impressive 4th position on his first ADRL event qualification run that was quickly replaced by leading the class for race day.  Rini put an end to his very impressive week end in the quarter final with a red light.  The final for Pro Mod was good for Al-Anabi’s team and Von Smith when his opponent red lighted as well.

The next ADRL race will be Rockingham NC, the last in the east for the 2013 series, before the final event in Texas. There is no doubt it’s going to be another one that you better not miss. 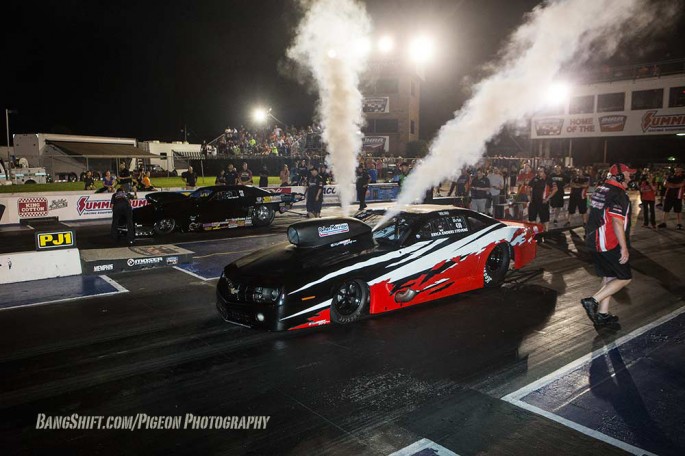 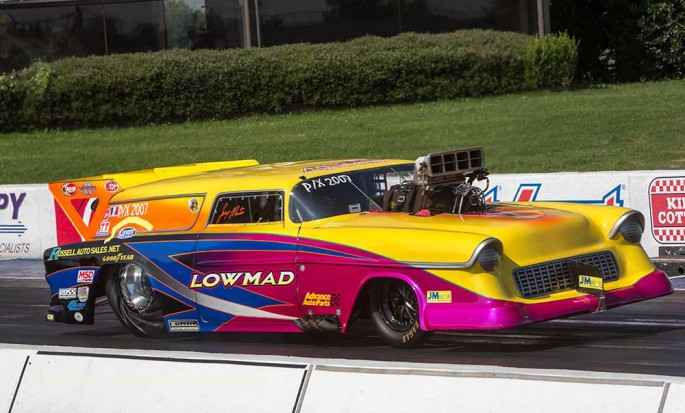